Disney’s sparkly new Minnie ears hit the Instagram jackpot—along with McDonald’s Millennial pink soft serve and mermaid churros, Apple’s rose gold iPhone rejection has everyone upset, JAY-Z brings back Friends with an all-black cast, and more stories you need to read up on from this week…

A pair of sparkly rose gold Minnie ears has everyone “freaking out.” Disney recently debuted the accessory at their parks, inspiring Instagrams galore—one trending pic from Disney Style has generated over 32,000 likes and over 500 comments. But that’s not the only Instagram star of the week. Continuing to keep the fantasy alive, young consumers have also made mermaid churros trend. Created by The Loop: Handcrafted Churros in California, the Instagrammable churros are topped with “mermaid sparkle sugar.” The restaurant’s debut of the churro has generated over 6,000 likes so far. Oh, and McDonald’s Millennial pink lychee soft-serve from Southeast Asia is getting some Instagram love this week as well! According to our Instagrammability trend, 56% of 13-34-year-olds like it when brands create things designed to be shared on social media—and looks like a little sparkle and pink helps.

Wait, is Apple trying to bring an end to the rose gold era?! Newly leaked information from KGI Securities analyst Ming-Chi Kuo says that the highly-anticipated iPhone 8 will come in three colors: silver, black, and a (definitely not rose) gold. The new shade of gold showcased by YouTuber Danny Winget is not being received well by the public, who have definitely not had enough of the Instagrammable hue of Millennial Pink. Winget, whose video has been viewed over 100,000 times, sums up the general reaction best: “The shade is much darker. It’s hard to even describe this color. I think it’s pretty ugly. This is a drastic change from the rose gold color.”

JAY-Z’s newly released “Moonlight” music video reimagines ‘90s sitcom Friends with an all-black cast—and the internet is here for it. Featuring young black actors, including Issa Rae from HBO’s Insecure and Jerrod Carmichael from recently cancelled The Carmichael Show, the video re-enacts part of an episode from the series before cutting from it to make commentary on how black-led projects are overlooked by the media—audio of La La Land being mistakenly announced as the winner of the Oscar’s Best Picture instead of Moonlight is also played. The video’s trailer featuring the new cast re-enacting the sitcom’s opening credits has been liked over 4,000 times and retweeted over 2,000 times. 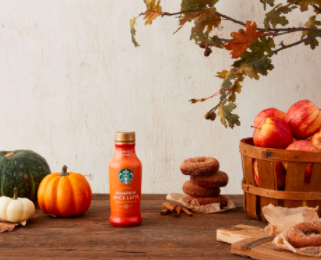 Fall is right around the corner, and that means one thing: Pumpkin Spice Latte season is almost upon us. Starbucks got the #PSL excitement started early this year, announcing their massively popular fall beverage has been bottled and will be available in a grocery stores later this month—inspiring a slew of headlines and tweets The $2.79 beverage is described as “high-quality arabica coffee with notes of cinnamon, nutmeg and clove spices, and creamy milk”—but honestly, just putting “Pumpkin Spice” on packages will probably suffice. The viral autumn-themed seasoning made trendy by the coffee brand has been put into everything from Ghirardelli’s chocolates to Cheerios to Dannon’s Light & Fit, and has set itself up as a food tradition for many autumns to come. 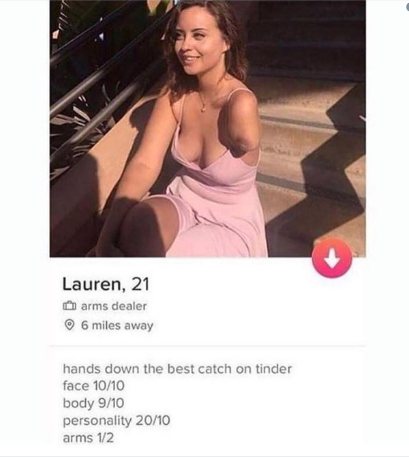 Time’s declaration that “Hold My Avocado” is the new viral Millennial catchphrase gets dragged by Millennials, Walmart apologizes after a back-to-school display promoting guns at one of their locations goes viral, and a woman with one arm has everyone swiping right with her hilarious Tinder bio.