How Birchbox is Powering Sales Through Social Media: Insights from Millennial 20/20 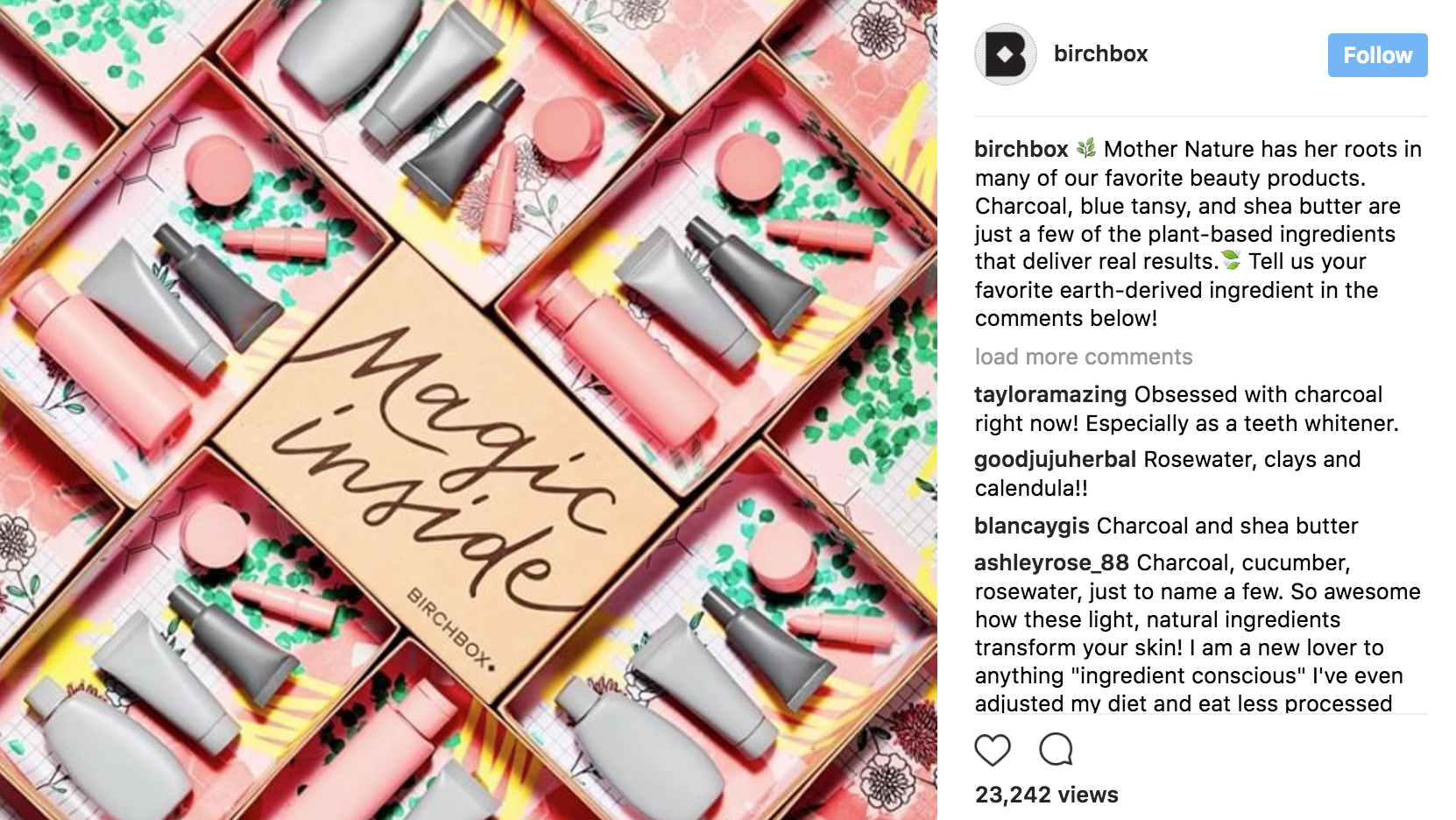 Birchbox knows how to reach their young consumer where she spends her time—on social media. At Millennial 20/20 London, they shared their expertise on social channels fueling commerce…

This month, we spent two days in London at the Millennial 20/20 conference, hearing from brands who are successfully reaching next generation consumers, and we’re sharing their Millennial and Gen Z strategies with you. Social and influencer content were themes we heard throughout sessions at the event. We’ve already shared insights from an influencer on influencer marketing and BuzzFeed Tasty’s tips on branded videos—the brand says that social content leads to direct sales boosts for brands, and they’re going to be releasing the numbers to prove it. Today we’re delving further into the blur between social media and commerce with Birchbox’s insights on powering sales through social. With almost half of their customers under 30-years-old, subscription pioneer Birchbox knows a thing or two about reaching the next generation of shoppers—and at Millennial 20/20 London, they shared just how they’re using social media to boost their sales. Birchbox UK’s Managing Director Savannah Sachs spoke on a panel with Facebook’s UK eCommerce Lead, discussing the biggest ecommerce social trends present and future, and we’ve pulled out some of their biggest reveals.

According to Sachs, 40% of their consumers are the age of 30 or below—so reaching the Millennial segment is a major priority for the brand. Their commerce stats speak to just how important it is for them to focus on social media: 65% of their traffic and 55% of their revenue is via mobile. We know from our recent Special Report that almost half of 18-25-year-olds’ time on their phones is spent on social apps and sites, so having a strategy to turn that social time into mobile sales is key. Here are five of Birchbox’s biggest lessons in shaping that approach: 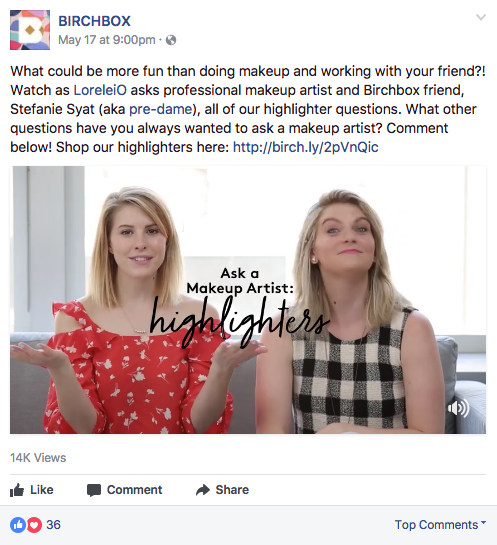 1. Each social channel has a different purpose.

Though young consumers are using each social platform for a different reason, too many brands still post the same content to all the channels they use. But Birchbox outlined the ways they approach each, and the very different purposes they have. The brand reports that Facebook is their top acquisition channel in terms of paid marketing, but according to Sachs, “for us it’s about how you create the positive word of mouth.” They’re currently experimenting with Facebook Live to help build that positive WOM, which Sachs calls “incredibly important.” She reports that their weekly visual, interactive live content, which uses staffers not models, usually sees about four times the engagement level of other Facebook content. But Birchbox is adamant that “both organic and paid channels are vitally important” and about half of their demand is through organic content. For this, they focus on Instagram, which Sachs calls their “fastest growing channel.” Instagram Stories have become an increasing focus—so much so that they’ve “actually been backing away from Snapchat.” On Instagram, they share their Instagrammable products and boxes (more on that later), behind-the-scenes images and videos of Birchbox staffers, and, of course, influencers. Nearly every post includes a prompt to shop through their bio and/or site. Finally, Sachs reports that “Twitter is customer service focused” so they “don’t invest a lot into that.” A quick glimpse of their feed reveals the platform is primarily about announcements and conversations—including quick polls of followers—and Instagram content is liberally reused on the feed. 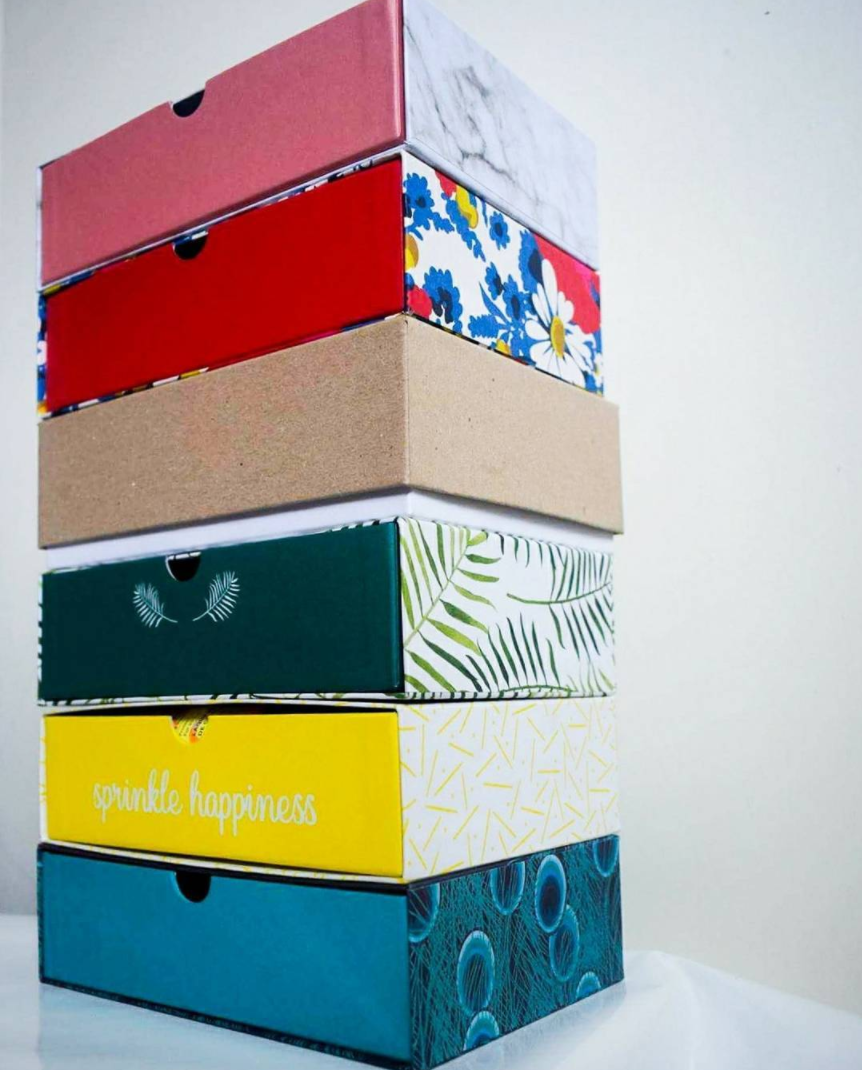 Birchbox’s products are optimized for social media, where the brand knows they can take on a life of their own. Sachs explains, “We have a beautiful box design every month and that’s about what’s going to be Instagrammable—What is she going to be proud to display on her feed?” Scroll through the almost half a million Instagram posts under the #birchbox hashtag, and it’s clear this attention to share-able details is paying off. Shoppers share their new box designs, and even show off their stacks of collected boxes, and comments from followers on Birchbox posts are as often about the box design as they are about the contents. Facebook’s UK eCommerce Lead commented during the panel that ecommerce brands should be thinking about the possibilities available when displaying products in a more visually sophisticated way on social platforms, advising, “products on a white background are over, now we have to give them visual life.” Thinking of ways that consumers themselves might give your products “visual life” on social is the next step. 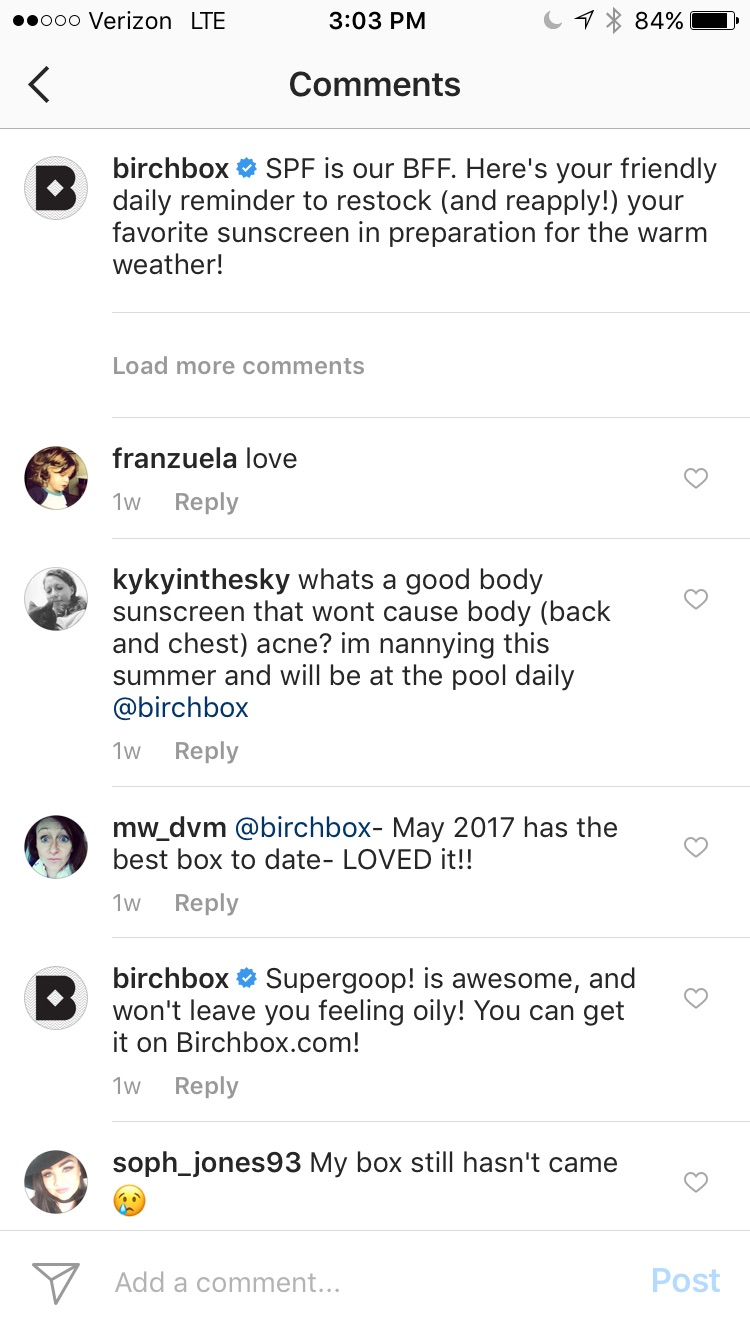 Sachs confessed that she had made some missteps when it came to social media’s ability to engage consumers: “I’m very focused on profitability, so I was too slow to hire team members to respond on social channels.” But she has since made social media response a major priority and seen the pay off: “We now respond to every comment, good or bad. I would 100% recommend that, it comes back to you tenfold.” Community managers are on platforms to monitor comments and reply as needed—including over the weekend. Having that direct response from the brand on social is essential to young consumers, many of whom are using social platforms as their main way of communicating with brands. They expect their complaints to be heard on social, and for brands to respond to them there. 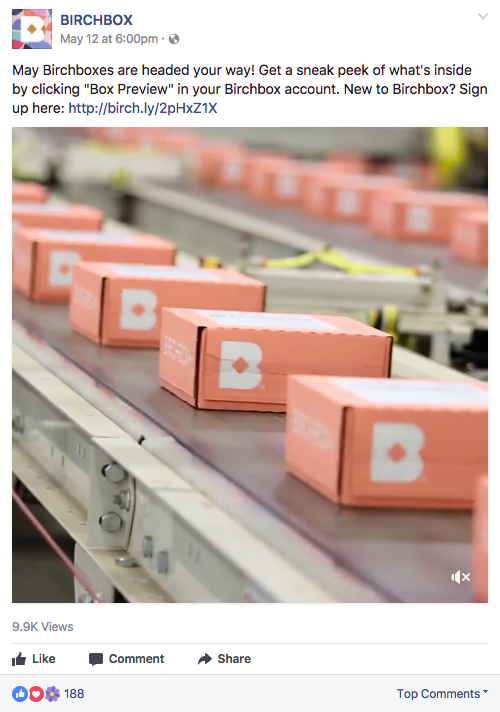 4. Find ways to merge social content with your site, and vice versa.

Birchbox is still experimenting with merging social and commerce, but it’s clearly where they’re moving. According to Sachs, “We are increasingly focused on how to break down the silos between social and ecommerce. For example, if you’re on the site product page, how do you pull in all the Instagrams of consumers using that product? Or on Instagram, how do you make that feed more shoppable? For us, that’s the next big frontier—how do you make ecommerce more seamless and integrated, especially on someone’s phone?” Right now, links to shop in their bio on Instagram, and direct links to shop on their site on Facebook are the main tactics used, and Birchbox is unfailingly consistent about their use. But finding new ways of breaking down those “silos” should be a priority for any ecommerce brand. 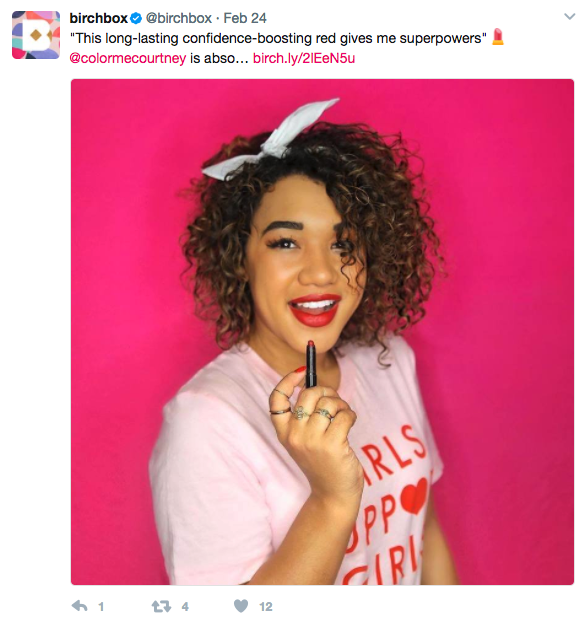 5. Your customers are your biggest asset.

At one point at the conference, Sachs declared that though the brand pioneered the subscription retail format, Birchbox is “loyal to the customer, not a business model.” The brand sees their customers as their “biggest asset,” and has found ways to use that asset in social commerce. When asked whether messaging apps and bots are changing the way that they engage with customers, Sachs explained that while it might be an interesting space, bots are expensive to build. Instead of jumping into the deep end of the bot game, the brand is using a tool where “you actually have other customers answering questions for your customers—it’s taking AI and the human touch.”