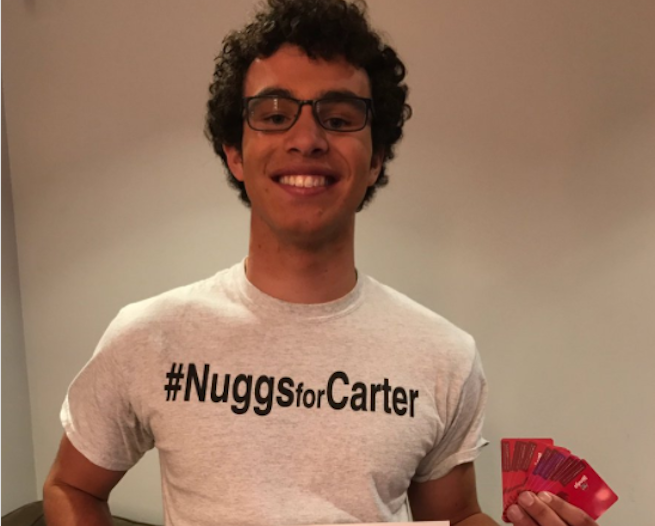 Teen breaks record for the most viral tweet of all time—and Wendy’s gets a lot of free marketing, cloud eggs are the latest Instagrammable food trend, Dove’s new body positive packaging backfires, and more stories you won’t want to miss from this week… 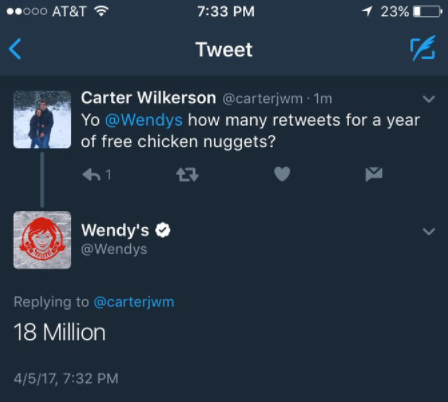 This week, 16-year-old Carter Wilkerson of Reno, Nevada broke the record for the most viral tweet of all time—and scored himself a year of free Wendy’s in the process. It all started in early April with a tweet from Wilkerson to the brand asking how many retweets he would need for a year of free chicken nuggets, to which @Wendys replied, “18 Million.” The interaction went viral, garnering over 3.5 million retweets to date, and surpassing Ellen DeGeneres’s Guinness World Record title for most retweeted message on Twitter. Despite not reaching the 18 million, Wendy’s has granted Wilkerson his wish for a year of free chicken nuggets and took the opportunity to also donate $100K to an organization that helps find homes for foster children. (Only fair, since they’ve gotten at least $100K in free marketing from the story.)

Fantasy-inspired foods are continuing to take over feeds, and this time it’s in the form of Instagrammable cloud eggs. The fluffy concoction made from egg whites through a “labor-intensive” process, is not a new concept but has found a recent resurgence in interest—most likely due to its Instagram-worthiness. A search of #cloudeggs on Instagram now generates over 1,500 images, and one account that makes a habit of capturing elaborate, picture-worthy breakfasts has brought in over 32,000 views with a video of the dream-like eggs in action. Currently, the trending picturesque breakfast is thriving off of DIY recipes, but we predict restaurants will soon catch on and add to menus.

For years, Dove has spread the message of empowerment through body acceptance, but their latest #realbeauty campaign went viral for missing its mark. A new ad revealed new body wash packaging because according to the brand, “Just like women, we wanted to show that our iconic bottle can come in all shapes and sizes, too.” Media and social media response were swift, and mostly negative, calling out the brand for insinuating that consumers should be purchasing their body wash based on their shapes. One tweet summed up the general attitude towards the move: “Like, I just want to [use] my body wash, not be reminded that I’m pear shaped…Women don’t need to be categorized all the time.” 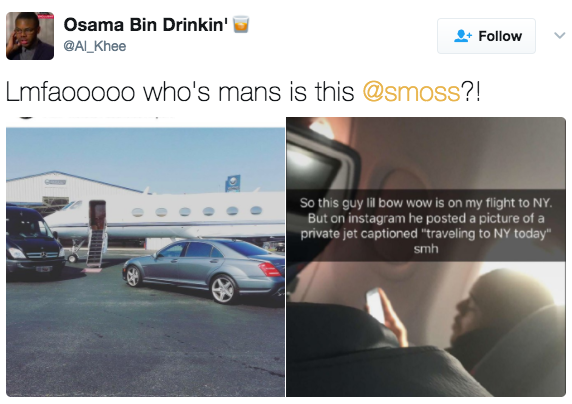 The Fake It ‘Til You Make It #BowWowChallenge

Creating “fake lavish lifestyles” with hilarious memes has been trending on Twitter this week, after a social media fail by rapper Bow Wow went viral. The rapper posted an Instagram of a private jet with the caption “travelling to NY today,” but was actually caught travelling on a commercial flight. He was spotted on the flight by @AI_Khee, who snapped a shot of him and posted both images side by side in a tweet that has generated over 47,000 likes. It’s also inspired a host of “fake it ’til you make it” memes with the hashtag #bowwowchallenge. In one tweet a user pulled up an image of a beach on her computer and used her fingers to create the illusion of legs with the caption “on vacation in Hawaii,” generating over 26,000 likes.

A NJ teen generates a viral response by showing up to her prom in a coffin, a meme commenting on the bleak state of 2017 is trending, a music video about being a Millennial home buyer is racking up views on YouTube.