Fyre Festival Goes Down in Flames on The Viral List 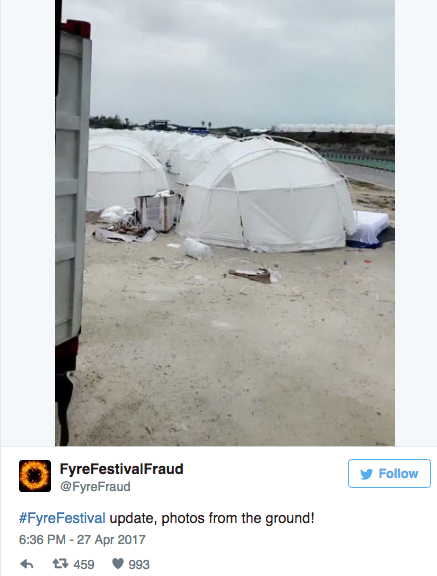 Fyre Festival Goes Down In Flames

Remember when we told you about the almost too Millennial to be true event, Fyre Festival? Well, it turns out things didn’t go as planned…and that’s an understatement. The two-weekend music festival on a private island, promoted by Insta-models and promising luxury experiences at ticket prices of $1,000 or more, is now trending on Twitter for being a “complete disaster.” Flights to the island were grounded due to over-capacity, and those who did make it were greeted with “an unassembled festival site, lost luggage, inadequate transportation,” sad boxed lunches instead of promised chef-prepared meals, and lodging resembling “disaster relief tents.” The internet has been having a field day at the expense of the “Rich Kids of Instagram at the Hunger Games,” spreading meme after meme about the catastrophe. The concert has been postponed, but a peek at Instagram shows some stranded ticket-holders are still getting their best Instagram out of it. 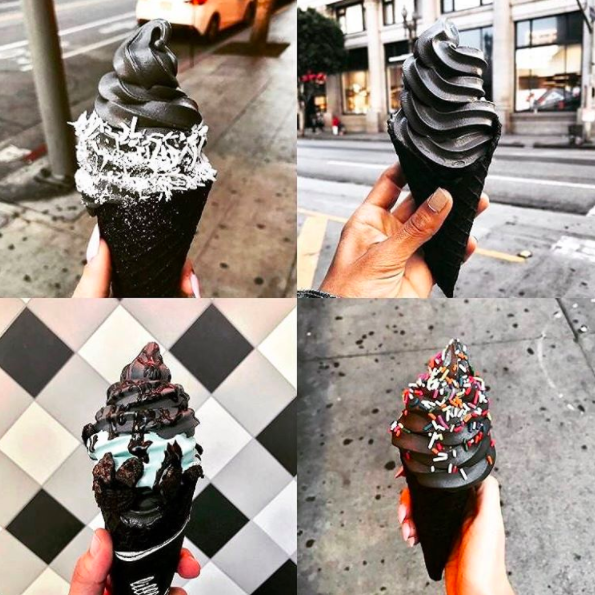 Move over Unicorn Frappuccino, the food trend getting the internet’s attention this week is goth ice cream. The dark treats—which are captured in over 7,000 Instagram posts under the hashtag #blackicecream—derive their color from activated charcoal, a flavoring that can turn mouths black, leaving a lasting impression. LA-based ice cream store Little Damage is “leading the charge” of the food trend, adding the Instagram-worthy finishing touch of black charcoal flavored cones, and offering other “punk-rock” flavors like Unicorn Tears ice cream. NYC-based Morgenstern’s Finest Ice Cream has also hopped on the trend, serving lines of consumers that are “almost always out the door.”

A small spinning gadget is reaching Beanie Baby and Pokémon popularity levels as the hottest toy currently on the market. Designed to spin around when positioned on a finger, Fidget Spinners have inspired competitions where fans try to beat average spinning times. But that’s not its main draw, or why Walmart, Toys R Us, and other retailers are having a hard time keeping them stocked. The toy, along with other products on the market, are part of a rising trend of devices being used to alleviate anxiety and stress. Students nationwide are finding relief in the gadget, pushing the product to the top of Amazon’s toys and games bestseller lists. The sustainability of the trend is questionable though, as reports that schools are beginning to ban the toys are surfacing. 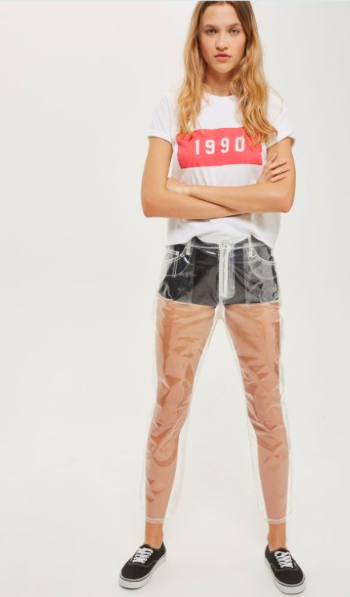 Are simple blue jeans over? Topshop and Nordstrom seem to think so, with each retailer launching new jeans that sparked strong reactions from the internet this week. For Topshop, the future is clear plastic jeans—but reactions on Twitter show they may have missed the mark. One tweet with over 1,000 likes asks, “CLEAR PLASTIC JEANS ARE YOU FEELING OKAY TOPSHOP?” summing up the general “not having it” response. For the price of $425, Nordstrom is also now selling “mud-stained” jeans that are meant to give the image that “you’re not afraid to get down and dirty.” The former host of Dirty Jobs described the pants as “not even fashion. They’re a costume for wealthy people who see work as ironic — not iconic,” on a Facebook post that has accumulated over 20,000 likes. 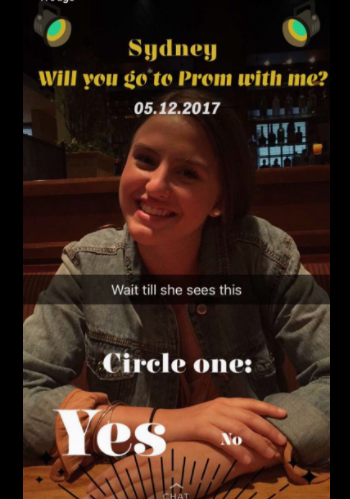 It’s officially prom season: a promposal is going viral for being very pricey, multipage prom rules are getting more popular nationwide, and Snapchat geofilters are now part of the promposal trend.

North America
Kids Start A Petition To Ban Plastic Toys At McDonald’s and Burger King On The Viral List
Kids want McDonald’s and Burger King to get rid of their plastic toys, the internet is ...
North America
The Instagrammable Event Where Millennials Actually Engage With Brands
Interactive, social media-friendly food events have hit a sweet spot with young consume...
North America
An Egg Has Over 48 Million Likes On The Viral List
An egg has more likes than Kylie Jenner, people are boycotting Gillette over their new ...