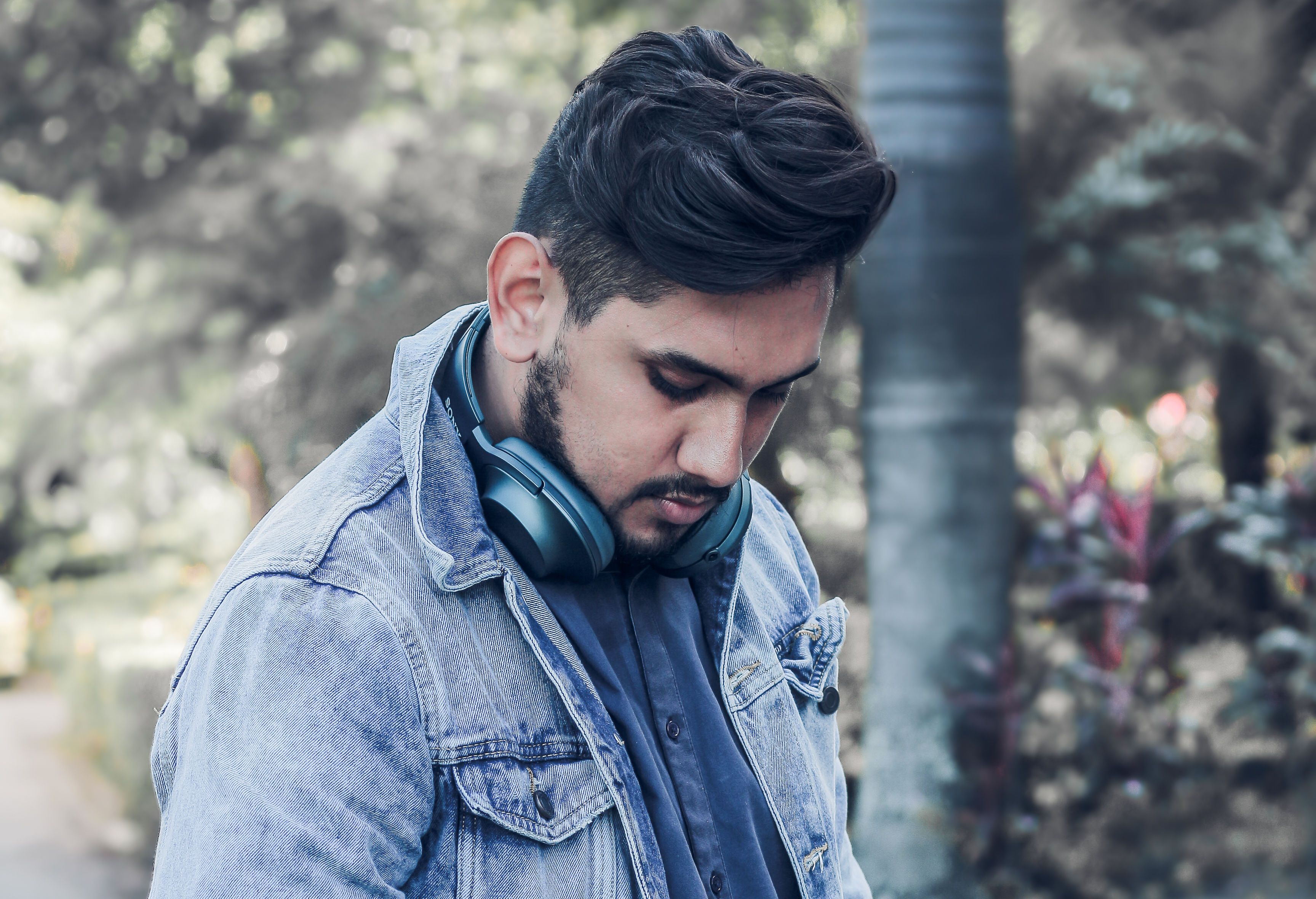 As members of a generation that welcomes the shifting of gender norms and boundaries, Millennial men can be a confusing group to pin down for marketers and brands. They’re not as likely to subscribe to traditional ideas about masculinity, even when sporting traditionally masculine looks. They’re more open to interests that might once have been considered “just for girls,” even if they’re continuing to watch the same sports their own dads might have. And they’re a diverse group, reinventing what being a guy looks like and sounds like all the time. In short, they don’t fit into preconceived notions, and their interests can be difficult to guess—which is why we asked them to tell us what those interests really are right now.

As we outlined in our article on females’ passions on Monday, our recent Ypulse monthly survey looked into what young consumers are doing in their free time (and what they’re doing when they’re off their phones). In addition to asking about females’ interests and passions, we also asked 18-34-year-old males, “What interest are you most passionate about right now?”* Here are the responses we saw the most, in a rank of their top 20 passions:

*These were open-end response questions to allow us to capture the full range of interests that male 18-34-year-olds are most passionate about. As with any qualitative question, the responses include those that are top of mind and those that are most popular. The list is ordered according to number of responses received, and alphabetically when ties occurred.

What Are They Most Passionate About Right Now?

We’ll call out the obvious right away: there are 23 items on this list, not 20, for a reason. Overall, Millennial males’ passions were far more fragmented than females, creating a much more varied list in which not as many individuals named the same passions. Everything from science down on this list received the same number of responses, so we’ve included all here to allow for a better snapshot of the most-shared passions of the group.

Music is the number one passion for Millennial males, followed by fitness and food—which actually received the same number of responses. Sports came in next, and gaming/video games rounded out the top five. While males and females shared their top three passions, sports and gaming were far higher on males’ list than females. Males were also slightly more likely to name school as a passion than females—but the interests that appear on males’ list without appearing on females’ at all might be the most telling. Technology, science, computers, finance, running, biking, cars, and games were all top passions mentioned by males, while not appearing on females’ top 20 (or even top 23) list. It’s important to note that some of these differences are learned, and, as we’ve reported, many efforts are being made to spread the idea that technology, science, computers, and all things STEM are suitable pursuits for both genders. 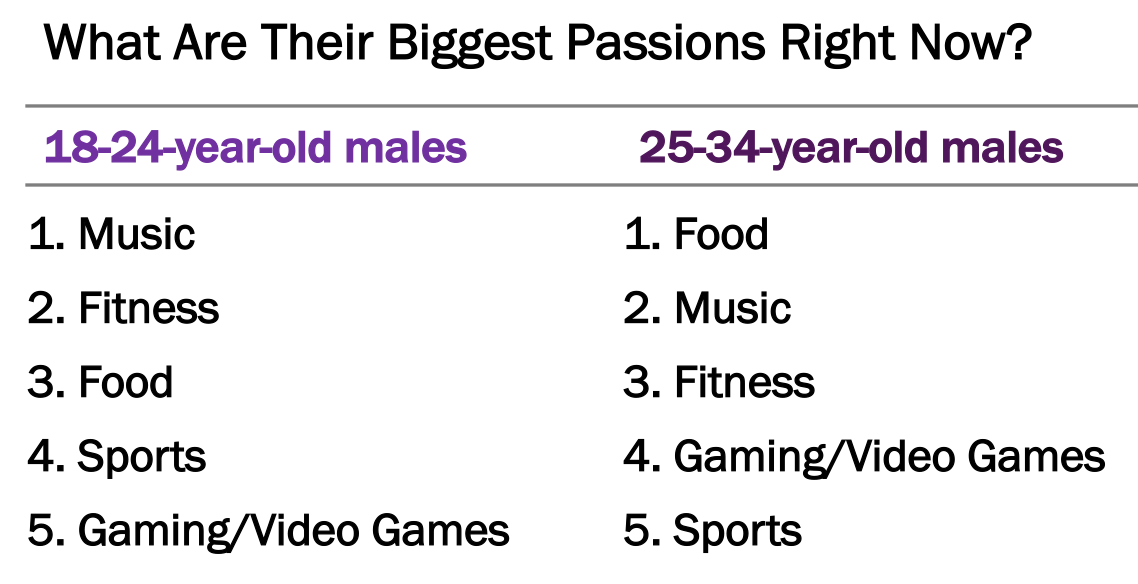 The two groups share the same top five, but for older Millennial males, food beats out music for the number one spot. Food brands who are only marketing to women take note: this group shouldn’t be ignored.