Why Millennials Are Divided on These Three Clothing Brands 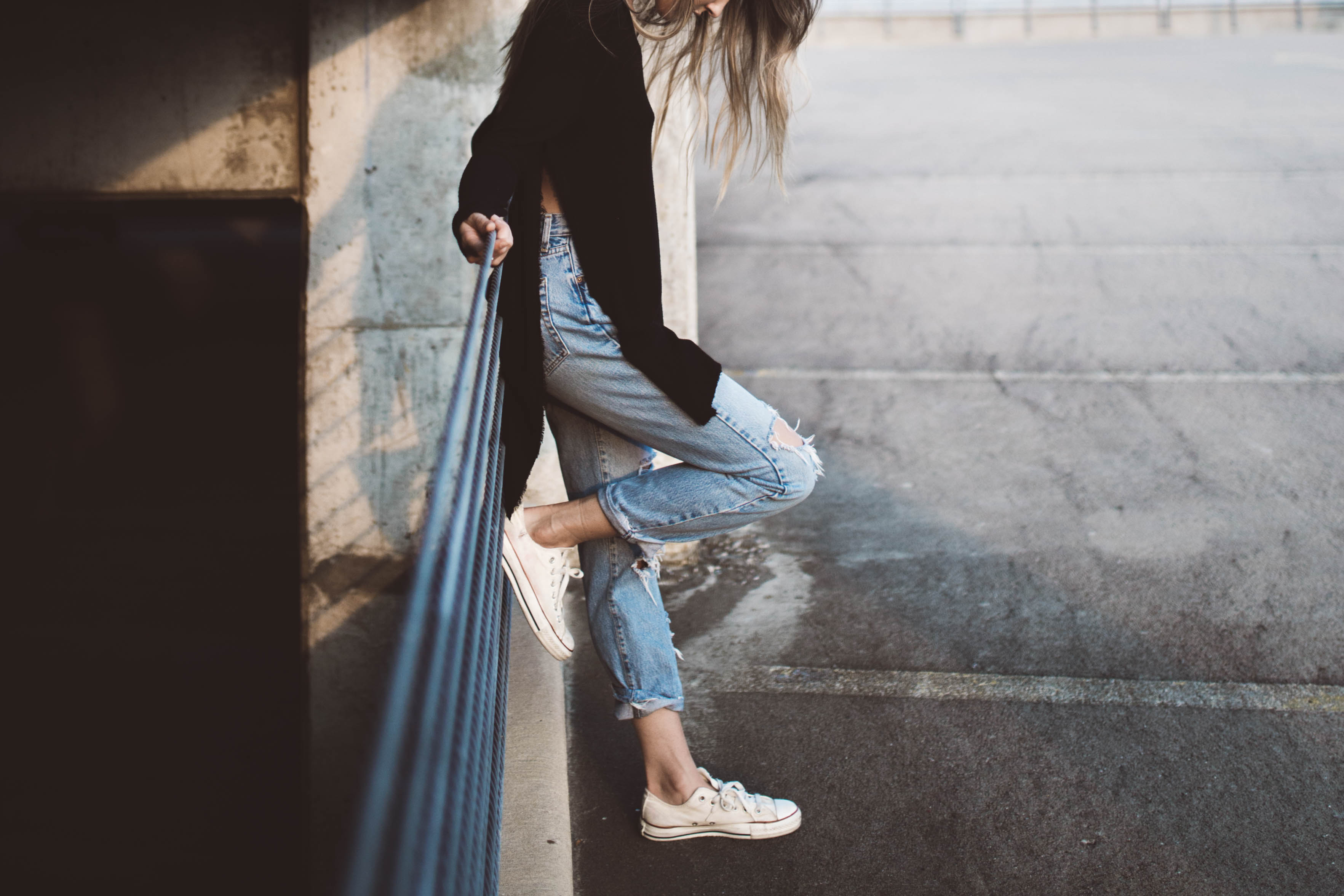 We recently asked Millennials and Gen Z to tell us their favorite clothing brands, and their least favorite—and found some interesting crossover. As we noted, twelve brands made the top 20 list of both favorite and least favorite:

So what’s happening here? As we often tell brands, while strong differences exist between generations, the reality is that there are more than 100 million Millennials and teens in the U.S. Generations have common characteristics and values, but they’re not a monolith, and so of course differences in opinion within the groups is going to occur. Thankfully, there are dynamic differences in perception, opinion, and behavior within this massive youth population. While a significant percentage of young people might love a brand for certain reasons, an equally significant percentage of young people might dislike this same brand for the very same reasons, or for completely different reasons.

When a brand appears on both lists, we can see that it’s polarizing—the “whys” behind what is attracting the fans and repelling the detractors are telling in this case. Today, we’re exploring that further for three of the brands that appeared on both lists: Forever 21, Aeropostale, and Old Navy. We ask respondents to explain why they name the brands that they do, and we’ve assessed their answers to find the common themes among fans and detractors, as well as some insights on what young consumers are looking for in retailers overall:

Those who named Forever21 as a favorite are fans of the brand’s root concept: fast fashion or trendy styles you can access for low prices. Inexpensive cute style was the major theme, as was variety. One female 26-year-old said she named the brand because they offer, “Lots of variety and choices for a cheap price,” while a 22-year-old told us, “It’s a fairly inexpensive brand, but I feel that the quality is still good. They have a huge variety of clothes, and accessories for any occasion, but I definitely shop there for the dressed-up crop tops more.” The quality for the price was a consistent response as well, with a 21-year-old female explaining, “They have cheap clothes that are decent quality. I’m still young so I feel like I can still shop here.” Several respondents also spoke of the plus size options and the ability to find clothes that fit at Forever21: a 21-year-old explained “The clothes are cute, trendy, affordable and they have a good plus size variety,” and a 26-year-old female said, “It has very trendy and cute clothing and for a plus size woman, it’s pretty awesome.” For these respondents, fast fashion is a positive—they’re looking for inexpensive clothes and are prioritizing style over durability: one female summed it up with: “It is extremely cheap, cycles in trends quickly, has decent quality, and is reliably accessible. Also, I will not be upset if my clothes from there are ruined because they did not cost an arm and a leg to purchase.”

Why It’s Their Least Favorite: Cheaply made, poor quality, material, cheap, expensive (for the quality), fit

Those who named Forever21 as a least favorite were put off by the quality of the clothes, and don’t seem to support the basic concept of fast fashion, for several reasons. Low quality was a major one: a 29-year-old female said the brand is “Low quality clothing for average prices,” and a 22-year-old said, “The clothes do not last very long and are very thin and see-through.” The idea that Forever21’s clothes are “disposable” does not sit well with some. Another 22-year-old female described the clothes as, “So cheaply made, bad for the environment, and they totally don’t care about sweatshops,” while a 25-year-old said, “Their flimsy clothes are all destined for the trash bin after 6 months.” 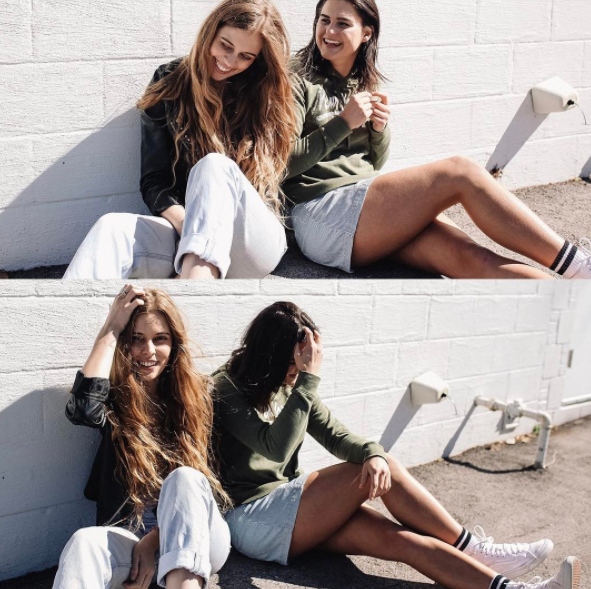 Why It’s Their Favorite: quality, price

Aeropostale’s fans were most focused on quality and price. A female 24-year-old summarized, “I always find something there. Decent prices and good sales. Quality is good too,” and a male 21-year-old said he named the brand because of their “Good quality, decent price.” Those who named it as a favorite are still liking the retailers’ style—a female 33-year-old told us it is a favorite “Because they have the best clothes,” and a male 21-year-old said, “I’ve just always enjoyed their style.”

Aeropostale was higher on the least favorite list than on the favorite list, so we have more fodder for why young consumers aren’t liking them right now. Quality (too low) and prices (too high) were major reasons named, and one female 14-year-old told us, “They’re overpriced for clothing that’s only difference from department stores’ selections is that they sew their name in big letters across the front.” Some feel passionate about the issue, with one 27-year-old saying, “It’s basically just regular clothing, but they ramp the prices up just because of the brand name. Not worth it—a total rip-off.” But sizing was also a major issue for several respondents. “Because it is hard to find clothes in my size there,” “It only fits a specific body type,” and “Clothes are way too small,” were all comments that summed up young consumers’ issues with Aeropostale’s fit. A female 21-year-old went further, saying, “They don’t make clothes for bigger women and have a bad attitude towards plus size people. Also, their prices are crazy high.”

Old Navy ranked high on the favorite list, in the number two spot, but was also in the top ten of least favorite clothing brands. For those who love the brand, comfort was top of mind, in clothes’ fit, quality, and style. One female 28-year-old explained, “Their style fits my lifestyle. Comfortable, stylish and of good quality,” another said, “So comfy and pretty affordable!” Good quality for the price point was a consistent theme: a female 23-year-old said, “They make good quality clothes for relatively cheap—I’ve gotten a lot of clothes from there,” and a 17-year-old told us, “The clothes are not too expensive but still are cute and last a while.” Some are also fans of Old Navy’s style and design—with simplicity as a positive attribute: One 18-year-old said, “I always walk in and find things that I like. I like to find simple sweaters and shirts there that can go with anything,” and a 24-year-old explained, “They have very unique clothes, but they also have styles that aren’t too out of the ordinary or loud. I feel confident wearing their clothes.”

Many respondents who named Old Navy as their least favorite were unhappy with the quality of the clothing offered:  A female 27-year-old said, “I never understood why they were so hyped up.  I think their clothes are poor quality and they never fit me well,” and a 30-year-old said, “[the] clothes are ill-fitting and cheaply-made.” A male 24-year-old went even further, saying, “It reminds me of a brand that’s made in China, because of what it’s made of and how cheap it is.” But detractors were also not big fans of the brands’ design. While the simplicity and comfort are pros for some Millennials, for others it’s “too basic” or “too plain.” One 15-year-old male, told us, “They don’t have anything out of the norm and they’re just bland to me and they don’t fit my styles,” and a 24-year-old female said, “The clothes are too basic and give no shape. The style isn’t mine (it’s too casual preppy and I like a bit of flair or edge).”