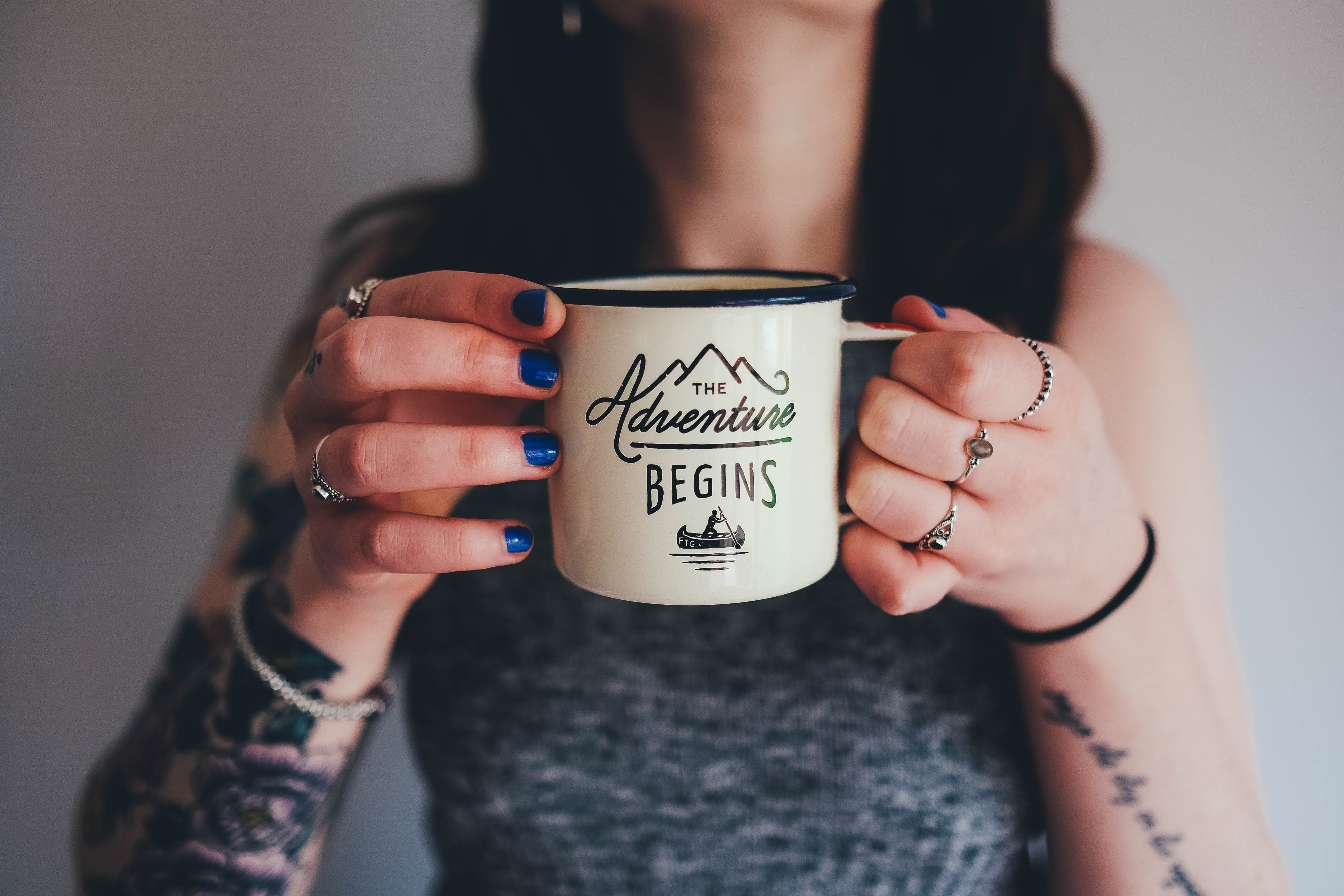 What do young consumers have planned for the year ahead? We asked 1000 13-34-year-olds what milestones and life events they’re hoping to accomplish in 2017…

We’ve looked back at the year behind us, and yesterday we laid out some of the big trends that brands should be aware of for 2017—but the most powerful force that could impact multiple brands are young consumers’ plans. More and more Millennials are tackling the major life milestones they’ve been known to avoid—from home ownership to starting a family. Home building company Toll Brothers reports seeing strong growth from Millennial buyers, stating that “with the Millennial generation now entering their thirties and forming families, we are starting to benefit from the desire for home ownership from the affluent leading edge of this huge demographic wave.” Meanwhile, recently released data from the National Center for Health Statistics, revealed that 1.3 million 19-35-year-old women gave birth for the first time in 2015, bringing the total number of Millennial moms in the U.S. to more than 16 million. At the same time, the next generation is increasingly showing their influence, and approaching the end of their teen years. The plans that all of these young consumers have for the next year have the power to shift some major industries, so we asked 1000 13-34-year-old exactly what they’re hoping to do in 2017. Here’s what we learned:

We should note that about 30% said they don’t plan to do any of these things this year—which means that roughly seven in ten have some sort of milestone in their sights for 2017. As we saw last year, many young consumers have their careers on their minds, and getting a new job is at the top of the list of their 2017 plans with almost three in ten saying they hope to get a new gig, and roughly one in five hoping to get a promotion. But when we compare males and females, we find they have different career aspirations for the year ahead: 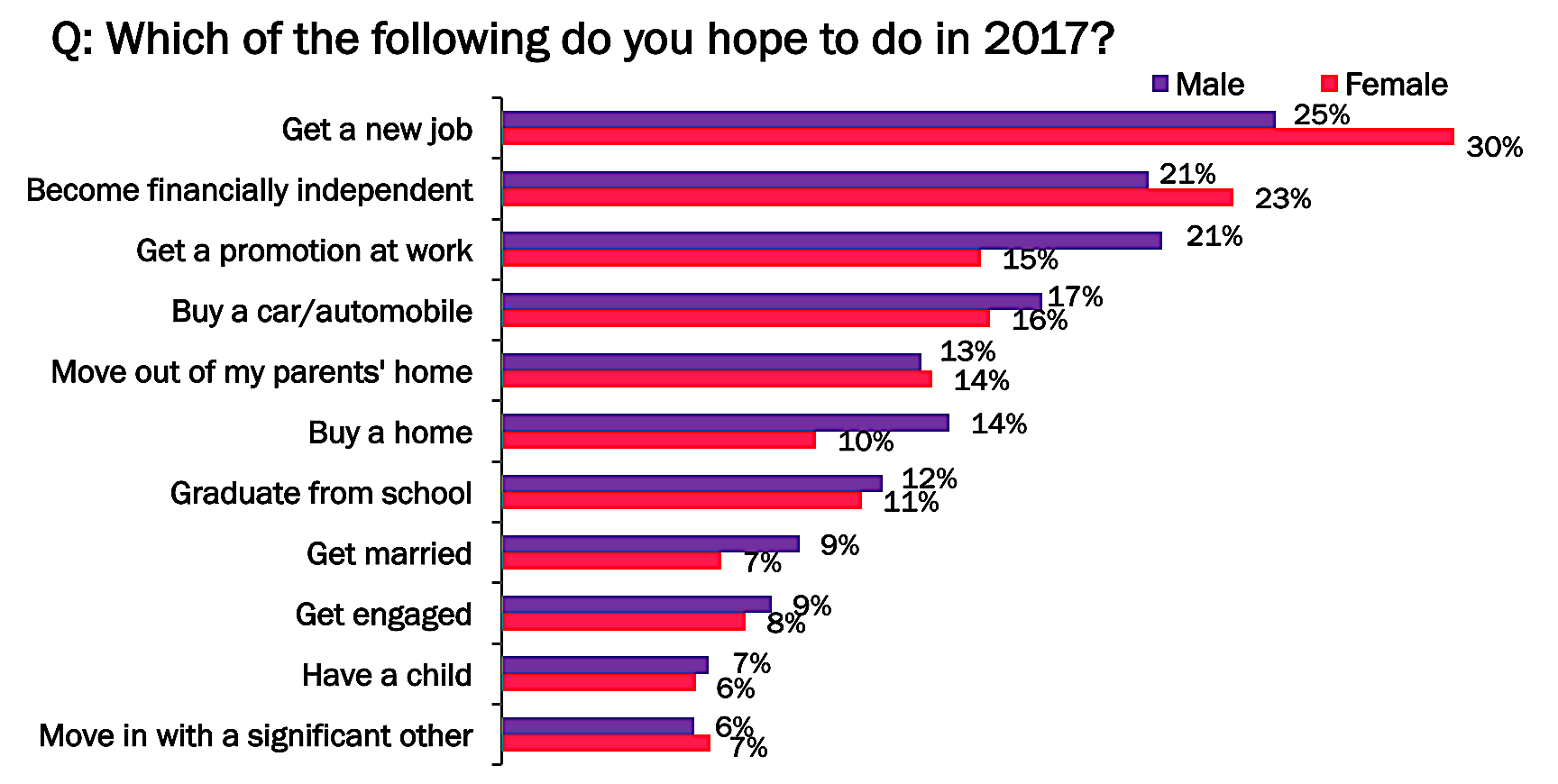 While females are more likely than males to say they hope to get a new job in 2017, males are more likely to say they hope to get a promotion at work. Interestingly, males and females’ relationship plans for 2017 are quite similar, with almost the same number of each group saying they plan to get married, move in with a significant other, or get engaged this year. Of course, so many of these milestones are impacted by life-stage more than anything, as is evident when we compare teens, 18-24-year-olds, and 25-35-year-olds: 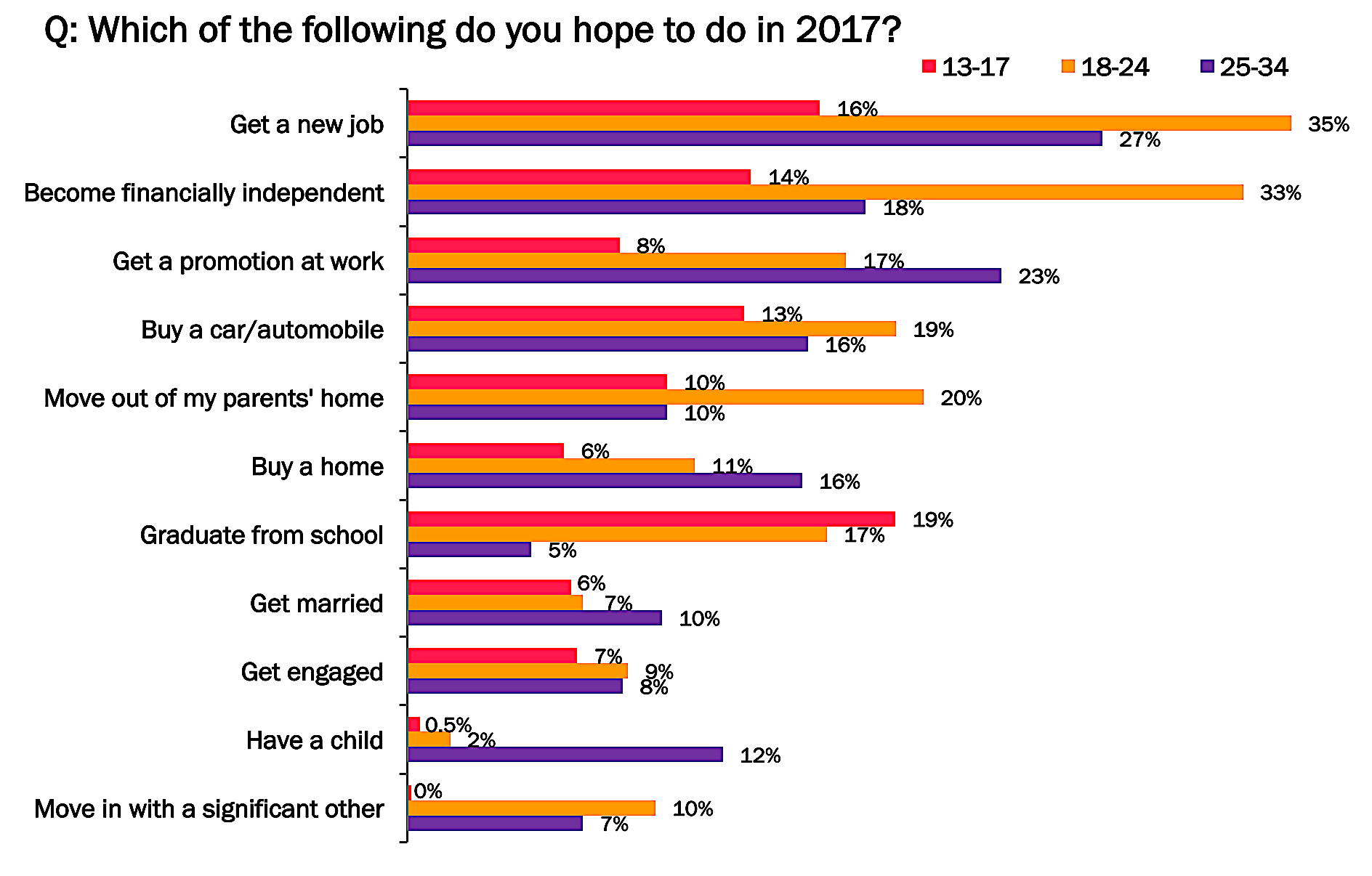 Those 18-24-years-old have the most growing up to do this year, and are far more likely to say they hope to get a new job, and become financially independent than other groups. They’re also the most likely, at 20%, to want to move out of their parents’ home this year. We found that at the end of 2016, 41% of this age group was living with their parents, so it looks like roughly half are hoping to get their own digs. Pew Research Center recently revealed that for the first time in 130 years, 18-34-year-olds are more likely to be living with their parents than a spouse or partner in their own household. But while some have said that makes them entitled, Bankrate.com says it makes them ‘financially savvy.’ They report that Millennials who live at home can save up and invest in bigger homes once they are out on their own.

Almost one in five 25-34-year-olds are hoping to buy a home themselves this year, and not surprisingly, this is also the group most hopeful about having a child in 2017. Teens’ plans are of course significantly different, with graduating from school the goal they’re most likely to be hoping to accomplish.