4 Brands Standing Out on Social Media 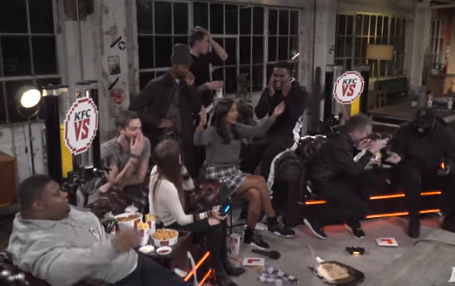 We are rounding up the latest, innovative social strategies brands are using to reach the ad-skipping generation…

We’re always looking at the latest, innovative strategies brands are using on social to reach young consumers as the landscape shifts and preferences change. Millennials and teens have only become more adept to glossing over marketing efforts, so getting their attention on the platforms they’re using is no easy feat. But that doesn’t mean they aren’t open to social advertising: a recent Ypulse survey—the full results of which will be available to Gold subscribers tomorrow—has revealed that more than half of 18-33-year-olds say they don’t mind seeing ads on social media as long as they are entertaining, and a whopping 68% of 13-17-year-olds say the same.

So for brands looking to stand out amongst the overabundance of social content young users are seeing daily, creativity is crucial—and at times that means using a platform’s features in new, original ways that may not have been thought of before. Here’s our latest round up of some of the recent social strategies we feel have hit the mark in targeting young consumers: 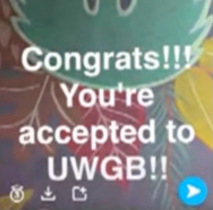 This year, the University of Wisconsin–Green Bay took a nontraditional route to let accepted students know they’re in: Snapchat. In addition to acceptance letters, the university sent congratulatory snaps to accepted students because “it’s a place where they spend a lot of time” and students “would definitely get a snap before they’d get their mail packet.” The school reports that the snaps have sparked enthusiasm among the potential incoming students, with many screen-shotting the images and responding back with excited selfies. 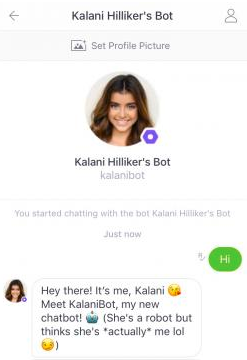 In what they’re claiming is a first, CoverGirl has created an influencer chatbot. KalaniBot which can be found on messaging app Kik, is inspired by real-life 16-year-old Kalani Hilliker—a dancer, model, and TV personality with an Instagram following of 3.3 million. By analyzing Hillker’s conversational style across all her social channels, the bot was able to take on the influencer’s personality and is continually learning through fan interactions. KalaniBot can use GIFs, emojis, and give out quizzes, but its main goal is communicating product information and giving access to deals. Latest results show that 48% of messages through the bot leads to coupon delivery, and 51% prompt click-through on the coupons delivered. 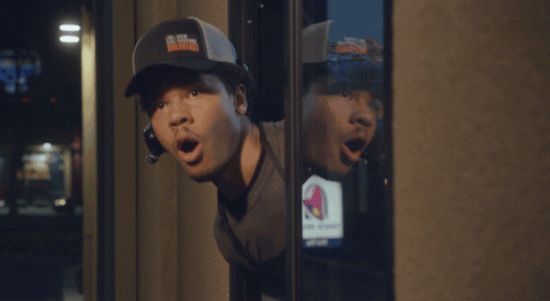 Taco Bell no longer wants their YouTube to be “a catch-all for [their] advertising.” The brand has a renewed focus for the platform with plans to release at least 40 pieces of YouTube-specific long-form content next year that “harness the power of the YouTube community and the fans of Taco Bell.”  The first two series to be launched on the channel are inspired by the 2% of YouTube food videos that mention or incorporate the restaurant in some way—including menu hacks, attempts to recreate Taco Bell’s foods, and musical tributes. Taco Tales will feature comedians and YouTube celebs reenacting the adventures consumers’ have come across when grabbing Taco Bell, and a clip show similar to The Soup will showcase content from their biggest fans. 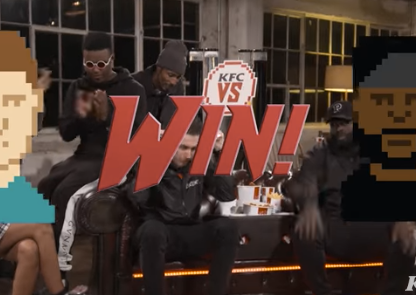 KFC recently celebrated the social side of gaming in the first Facebook promoted live-stream. After learning that the past three years have sparked a 500% rise in social conversations on the “disappointment at the decline of split-screen gaming,” (games that allow multiple gamers to play on the same TV) the brand took to Facebook Live to arrange a split-screen battle between YouTube gamers and grime stars* on the “Colonel’s couch:” a leather sofa that lights up in reaction to gameplay with built-in speakers and food trays that were equipped with KFC fried chicken, drinks, and sides, and wipes to clean greasy fingers. The event was streamed live on both Facebook and Twitch, and reached 2.7 million people—the highest organic reach ever for a KFC video. The brand also says that 87% of their target market saw the campaign in less than five days.

*Grime is a genre of music inspired by garage and jungle that emerged in the 2000s in East London.