Netflix VS Cable: Where Young Consumers Are Consuming Content, In 3 Charts 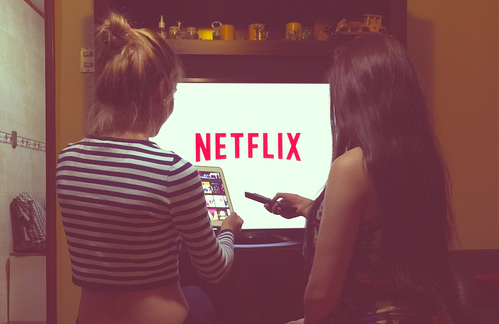 What’s the current status of Millennials and teens’ content consumption? We tapped our most recent media tracker to break down the services young viewers are using for their entertainment…

To all those who thought cord-cutting wouldn’t catch on—sorry to say, it’s still going strong.  According to consulting firm SNL Kagan, an estimated 812,000 subscribers “pulled the plug on their pay-television service in the second quarter”—the “biggest quarterly loss” they’ve ever seen. There were almost 1.4 million less pay-TV subscribers in this year’s second quarter, compared to 2015. The loss mostly stems from the rise of inexpensive streaming services like Netflix, Amazon.com, and Hulu. Even when cord-cutting has slowed down, experts still warn that it isn’t a sign of hope for traditional cable companies. In 2015, cable TV systems lost a total of 599,000 subscribers, which at first glance shows promise: it was the first time in over seven years that the total was under one million. However, analyst Tom Lenoir calls the drop a case of “dead cat bounce,” or a fleeting rebound that never leads to a full recovery. According to Lenoir, cable companies need to continue evolving because, “Even if there’s not panic, there’s no denying at this point that multi-channel (cable) subscriptions are going down.”

In fact, the competition against cable is only growing, and young consumers will have even more entertainment choices from their favorite streaming service soon. Netflix is gearing up for “global domination,” and doubling their number of original series in 2017. The streaming service announced plans to have 1,000 hours of original content by the end of next year—which they call a “relatively conservative” target. The service currently has 30 original series in development or available to stream, and intends to invest $6 billion on series and films, including more unscripted/reality content.

Earlier this year, we laid out some of the stats around young consumers’ disruptive entertainment preferences. Today, we’re using our most recent media tracker (from our monthly surveys of 1000 13-33-year-olds) to break down exactly where young viewers are getting their entertainment—in three charts. We asked young consumers what services they watch content on weekly or more often, and here are the results starting with 13-33-year-olds overall service use:

Overall, Netflix is at the top of the list of services that young consumers are watching content on weekly—followed closely by YouTube/YouTube Red. Cable / Satellite is about 20% behind Youtube in third place, painting a stark picture of the uphill battle it faces for young viewers. Networks should also note that their apps and websites aren’t drawing tons of young viewers, with only 13% and 11% of 13-33-year-olds reportedly watching them weekly, respectively. When we look at the differences between teens and Millennials, the picture shifts slightly (but, spoiler alert, doesn’t improve cable’s standing too much):

For teens, YouTube is the top source of entertainment weekly, with almost eight in ten saying they watch content on the site weekly, versus less than seven in ten Millennials. Interestingly, teens are also more likely than Millennials to say they’re watching cable weekly—most likely because their parents are paying for it, so their households aren’t cord cutting.

However, Millennials, who are watching less cable weekly, are more likely to be watching Hulu/Hulu Plus, Amazon Instant Video, HBOGO, network website, and torrent streaming services than teens, indicating that they’re turning to a variety of alternate services to fill that cable entertainment hole.

We also find some slight differences between young male and female viewers:

While their top sources of content are almost exactly the same, males are more likely than females to say they watch HBOGO weekly, watch on network apps, and network websites.