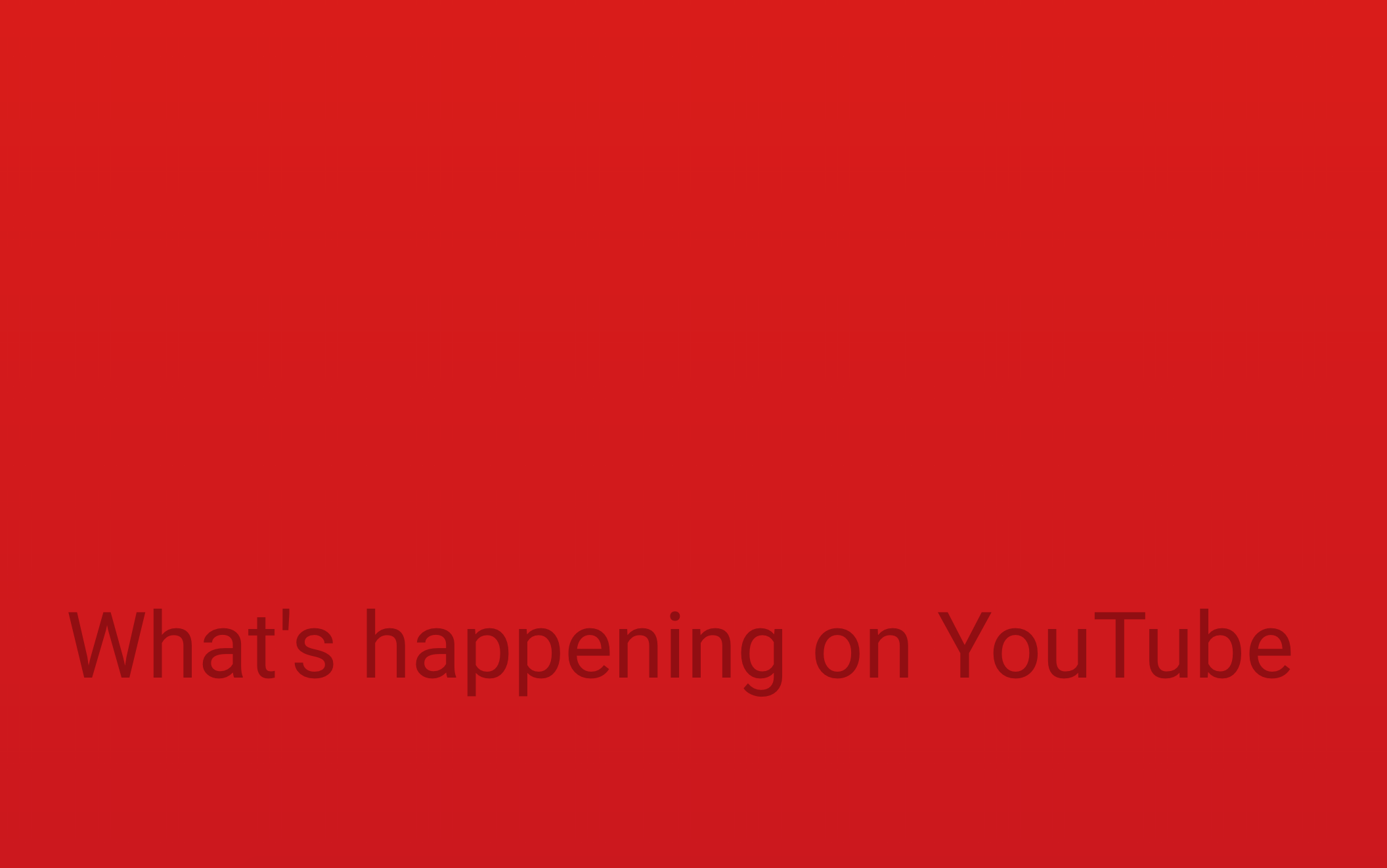 Just how influential is the video site and how are they responding to mounting competition? Five things to know about YouTube and young consumers…

In our roundup of Millennials and teens’ favorite apps, YouTube was number six overall and number five for 13-17-year-olds. According to our most recent social media tracker, 78% of 13-33-year-olds and 83% of 13-17-year-olds use YouTube—and 56% of teens report using it daily, making it their top used app. In short: YouTube might be facing competition in the video space, but it’s still at the top of its game.

This year, for the first time, YouTube was named as kids’ favorite brand. Market research looking at brand awareness, love, and popularity, found that the content-sharing platform is the top ranked brand among 6-12-year-olds. Beating out Oreo, M&M’s, and Hershey’s—and media brands like Disney and Nickelodeon—YouTube made its way to the top from seventh place last year because “user-generated content is relatable and aspirational.” Parents weren’t far behind in their approval: YouTube came in 13th on their ranked brand list and 94% say they love or like the brand. With approval at a potentially all-time high, and users making the site a regular part of their daily screen time, its influence on young consumers is massive—which means brands need to continue to keep up. Here are five things to know about the platform right now: 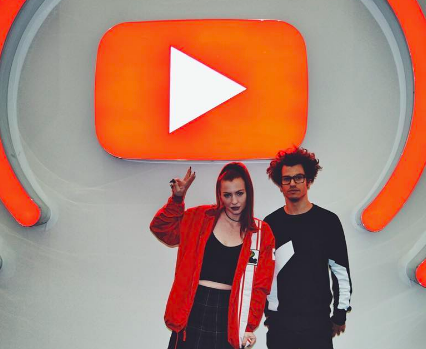 More teens are on YouTube than on the biggest social networks, according to research from the National Cyber Security Alliance and Microsoft. Their poll of 13-17-year-old internet users found that 91% say they use YouTube, compared to 66% who use Snapchat, 65% who use Instagram, and 61% who use Facebook. Our own social media tracker also shows that more teens are using YouTube than any of the big social platforms right now. We also found that It’s the platform they’re most likely to call entertaining and fun. When we had young consumers look at a list of positive and negative descriptors, and asked them to choose the social media app that they felt is best described by each, YouTube arguably performed better than other social platforms in the positive attribute list, ranking the highest for the most descriptors, and not coming in the top three position for any of the negative list. Young consumers’ heavy use of the site is one of the reasons that YouTube creators have more influence over their purchase intent than traditional TV and movie celebs. 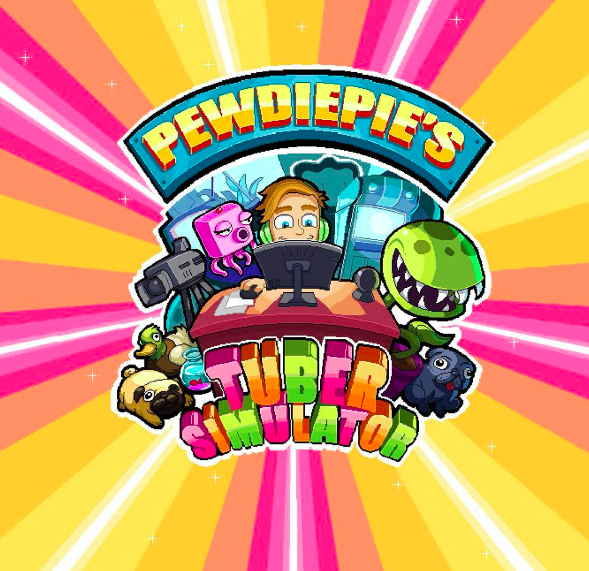 2. It’s Influencing the Next Gen—Beyond the Screen

Kids are getting hooked on YouTube early, and it’s impacting their behavior beyond the screen. According to eMarketer, children under the age of 12 are one of “the fastest growing audiences for digital video, growing nearly four times as fast as viewers ages 18 to 24.” Parents report that kids are playing pretend with made up YouTube channels, describing car rides, playtimes, or trips to the supermarket, “as if there’s an imaginary camera trained on them.” YouTube has infiltrated their playtime, clearly shifting the way they view the world beyond the screen. The allure of the YouTuber life has also made YouTube celeb PewDiePie’s new app a huge success: “PewDiePie’s Tuber Simulator” gamifies becoming a famous YouTuber, allowing players to score points by racking up video views and subscribers, and can purchase currency in the game to acquire clothes, furniture, and pets. 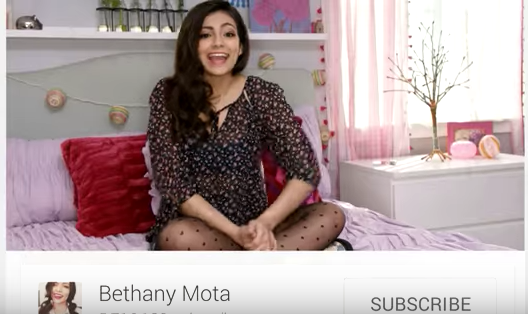 3. Young Consumers Trust Their YouTubers More Than You

Young consumers are putting their trust in YouTube. According to a study from MCN BuzzMyVideos, 36% of 18-35-year-olds in the U.K. say they would trust a product review on YouTube over any other media, about 31% trust a magazine review, and only 18% say they trust TV, signifying that for brands putting ad dollars into online video is a smart move, especially since Millennials are spending more time watching videos weekly than they did two years ago, and over half are watching more than six hours per week. While most social ads have become background noise to the ad-skipping generation, there is one kind of ad that they choose not to ignore: one that comes from an influencer. According to Time, authenticity is key for teens who see influencers as “friends” and appreciate their transparency about getting paid. Despite that stipulation, they “trust [that influencers] wouldn’t sell a product they didn’t believe in.” 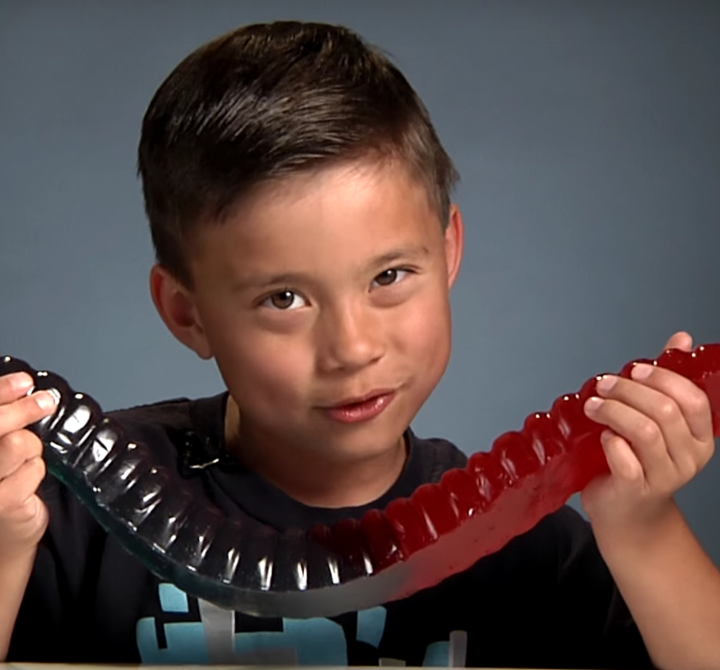 4. The Most Popular YouTuber Is Four-Years-Old

Move over PewDiePie—according to Tubefilter, the most popular YouTube channel in the world currently belongs to a four-year-old. Ryan ToysReview stars the charismatic pre-K kid participating in the hugely popular toy unboxing trend, reviewing mostly Disney Cars and Thomas The Tank Engine products. Since its launch in March 2015, Evan’s channel has racked up more than 4 million subscribers and 6.5 billion total views—585.3 million of those views in July alone. The channel was inspired by Ryan’s love for other unboxing videos on YouTube, and his main demographic is 3-7-year-olds. The popularity of Ryans ToyReview reveals not only the unexpected appeal of unboxing, but also that the youngest consumers are growing up with YouTube as a major part of their entertainment world—and their consumption influences. 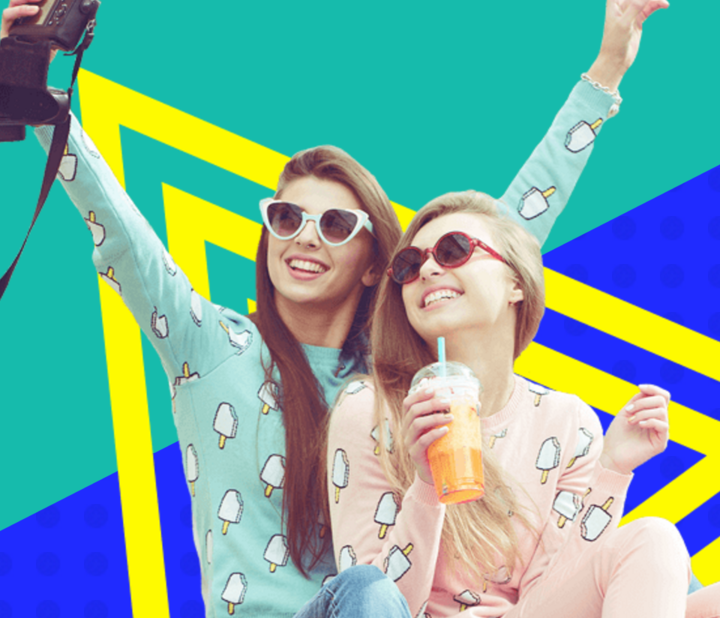 5. It’s Investing in Its Creators

Yes, competition is mounting for YouTube as Facebook invests in video and sites like YouNow make a name for themselves. In the face of this competition, YouTube is investing in their biggest asset: their creators. Google has opened a new space in the U.K. to help YouTubers “learn, connect, and create.” YouTube Space London, the second largest Google facility for YouTubers, includes soundproof studios, editing suites, and a store for creators to sell their merchandise. It is also one of the few locations to have live streaming capabilities in 4k. The space will also feature workshops to build up creators’ audiences and ultimately “help people to develop and grow their careers.” Although visitors are welcome to the location, production studio access is limited to YouTubers with over 10,000 subscribers. This week, the site took another major step in supporting creators with the purchase of influencer marketing network FameBit. They explain, “We believe that Google’s relationship with brands and YouTube’s partnerships with creators, combined with FameBit’s technology and expertise, will help increase the number of branded content opportunities available, bringing even more revenue into the online video community.”