6 Ways to Get Millennials To Invest 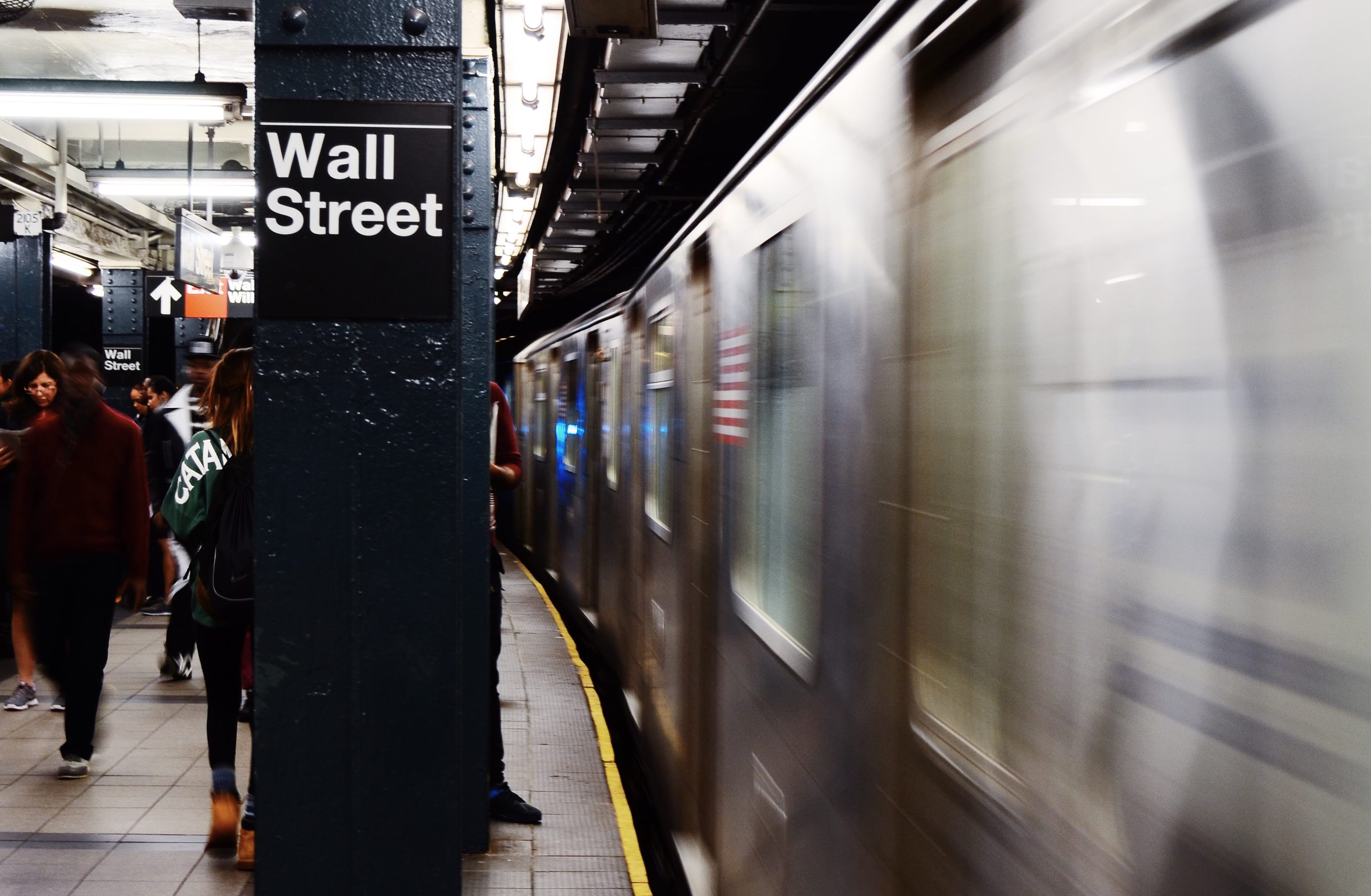 What will get this notoriously risk-averse, financially insecure generation to take the leap into investing? We’ve got six ideas…

Millennials may have the potential to shift the stock market as consumers and investors, but they have at this point become more known for their wariness of investing on Wall Street. The traditional ways of doing things in the financial world are not appealing to them—and many financial experts might not think that they are worth appealing to. But according to Accenture, Millennials will accumulate some $30 trillion from the generations before them, making them a target market for investors. The Bespoke Investment Group, reports that Millennials “have taken the reins of the US economy from Boomers,” spending more and making higher incomes. The economic confidence of people under the age of 35 is on track to reach a “historic record,” and is currently at its highest level since October 2000, according to the Conference Board. Not in agreement are people over the age of 54, whose confidence has “slid in the past year.” Meanwhile, a new BlackRock survey revealed that almost half of Millennials say investing is for people like them (more than older generations), and 65% feel positive about their financial futures. But their rising confidence isn’t instantly turning them into investment enthusiasts. Ypulse’s most recent financial tracker found that 58% of 18-33-year-olds say they have no investments, and only 20% say they currently hold stock account/stock fund investments. When we ask where they keep or save their money, 74% say a savings account, verses 24% who say an investment account. So what will it take to get Millennials to take the leap into investing? Here are six ways to get them interested:

1. Tell them they can make a difference.

This is a generation that was raised being told they can change the world. They’re looking for meaning at work and are attracted to brands that make them feel they’re helping a cause—so why not show them how investing can help them contribute toward something positive, not just their bank accounts. In fact, according to a recent U.S. Trust study, Millennials who do invest are making social and environmental issues a priority in order to make their investments a force for good. According to Bank of America’s elite wealth management, more than eight in ten Millennials are either interested in or own social impact investments, and OppenheimmerFunds’s Private Client Group reports, “Millennials want to do good. They are using their family wealth to solve world issues.” In an effort to attract these “impact investing” driven Millennials, Starbucks recently issued a $500 million U.S. corporate bond for sustainable projects. The sustainability bond is the first for the coffee brand, and will go towards supporting programs for farmers in coffee-growing regions. Last year, Starbucks promised to plant up to one million trees for every coffee bag purchased, which drew in a new group of socially conscious investors.

2. Push profits towards their student loans.

There is little doubt that student debt is hampering Millennials’ investment prospects. If you’re a Millennial, chances are your net worth is in the negative. A new report by financial website The College Investor has pointed out that the average education debt has “almost doubled within the Millennial generation,” with the Class of 2003 had $18,271 in student loan debt on average, while Class of 2016 has $37,172. (It should be noted that the negative net worth for young people is the new norm, and other sources of debt—buying houses, starting families—also need to be taken into account.) The total outstanding student debt has quadrupled since 2000 to $1.2 trillion today. A Harris poll conducted for the investing app Stash found that of Millennials not investing, 40% say they don’t have enough money, and 13% blamed their student debt. If major investing brands are trying to attract Millennial employees with programs to help pay off student loans, why not do the same for potential investors. An investing plan that pushed some percentage of profits towards paying off that debt could be a big appeal.

3. Tell them it’s their key to a safe, stable future–and their chance at retirement

Student loans are Millennials financial past and present, but they’re also worried about their financial futures. Retirement is a scary prospect that many don’t know how to prepare for. In fact, many Millennials are planning to work until they die. A global survey by a staffing company revealed that many young adults don’t see retirement in their future: more than a third of 20-34-year-olds around the world say they plan to work well into their 70s, and one in eight say they expect to work until they die. Millennials in the U.S. are more optimistic about retirement overall, but don’t think they’ll don’t think they’ll be able to save the amount they need. A recent study from Wells Fargo found that 64% of employed 22-35-year-olds believe they will never be able to achieve $1 million in retirement savings. Messaging and education that assures potential Millennial investors that this is one path to a secure and financially stable retirement would speak to their anxieties and could reshape their idea of investing from a risk into a solution.

Young consumers continue to prove that they’re more comfortable with micro-payments than bulk. Millennials are driving the crowdfunding industry, which generated an estimated $3 billion in 2014. They are three times more likely than Boomers and 70% more likely then Xers to donate to a campaign, and make up about 33% of total donations on crowdfunding sites. Crowdfunding’s mobile and social media capabilities appeal to Millennial habits, and the transparency and accountability appeals to their values. Young adults are more likely to give when they know who that money is going to. Crowdfunding also allows them to donate directly to the projects and causes they are passionate about. The process of investing could be made less scary—and more exciting—if it was told in crowdfunding terms: individuals all having a part in funding one bigger project. Don’t forget the passion: think about communicating investments that relate to their passions (hint: tech, innovation, food, music, media) so they feel they have a hand in them.

5. Be honest about the ups and downs.

Millennials who do invest are proving gun-shy, and those who don’t invest are afraid of the market’s ups and downs. They need assurance that it is the norm, and that investing is a long-term game. A survey by Securian Financial Group found that over 70% of the younger investors think there will be a bull market in the next three years, while half of Boomers are expecting a bear market. Although Millennials think the investing future looks bright, if a crisis were to occur they would be quicker to bail than older investors: about 16% of Millennials say they will sell if the market falls, compared to only 1.6% of Boomers. An annual study by Global Investor found that Millennials “have especially disproportionate goals” when it comes to how much they’ll make in a short amount of time. For 18-35-year-olds, 10.2% is the minimum anticipated for investment income, and for investors older than 36 it is 8.4%—both impractical goals with interest rates being at historic lows in many countries. Millennials’ impatience is most likely linked to the finding that they invest for “immediate financial requirements,” like purchasing items or supplementing funds needed to raise children. In our post outlining three things Millennials will expect from all brands this year, we said Total Honesty was more important than ever—and being open and transparent about the ups and downs of investing is a must if they are going to be convinced that a dip in the market isn’t a reason to run for the hills. Total honesty about what the investing process will be like, and the negatives they might temporarily see, will prepare them and potentially give them more confidence.

Millennial women think investing is for “old white men.” That same study by investment app Stash found that 60% of Millennial women believe investing is something typically done by an older white guy, and about half of millennial men agreed. One New York City-based financial planner tells NBC that they aren’t totally wrong: “The average age of a financial advisor is 55. There are more financial advisors over the age of 70 than there are under 30.” But there are Millennials who invest—so why not show potential investors what those Millennials are like to show them that it really can be for people like them. Tell the stories of a diverse range of young investors, their goals, their fears, and their gains to show that Millennials can invest and feel good about it.