We told you everything you need to know about Pokémon Go—now here’s the first-hand report of one Millennial hooked on the AR game, and walking 12 miles a day to catch them all. 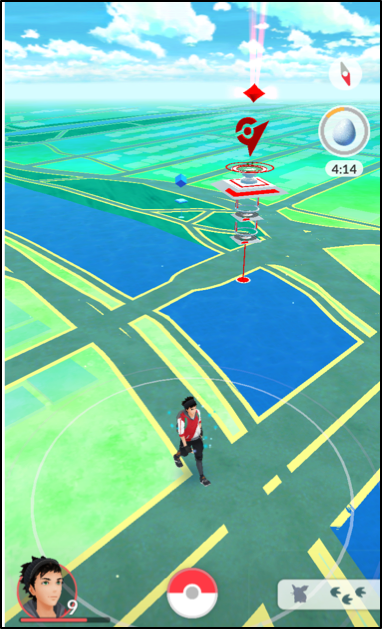 Yesterday, we gave you a run-down of everything you need to know about Pokémon Go, the AR game that has taken the world by storm. Many, many young consumers are obsessed with playing, wandering their neighborhoods and beyond day and night to catch virtual Pokémon. The game is appealing for many reasons. Millennials, many lifelong fans of Pokémon, are seeing Pokémon Go as a realization of a long-held dream that Pokémon could be “real.” It’s enabling those who grew up watching the TV series to re-live their childhood dreams via augmented reality. We got the first-hand account of one Millennial hooked on the app to find out more about what it’s like to play, and what’s getting everyone addicted to “catching them all.”

My experience began with catching a Charmander and then going for a walk. Within the first few hours of playing I had caught all the Pokémon in my area and had to start broadening my search…

Pokémon Go opens with a greeting by Professor Willow, the in-game instructor. (Editor’s Note: Professor Willow has sparked his own fandom.) The player then chooses their starter Pokémon with options that include Charmander, Bulbasaur, or Squirtle and after selecting and catching their starter Pokémon, the adventure begins. Much like any Pokémon adventure the player has to tediously catch the same five Pokémon until they have levelled up enough to start seeing newer and stronger Pokémon.

Once I caught all the Pokémon near me, I extended beyond my local community and explored more of my city. It was difficult at first because after catching the same Pokémon over and over again a person starts to lose hope of finding anything new. But when I levelled up to level ten and began to start seeing newer and stronger Pokémon, I rejoiced at the thought of evolving the Pokémon I already had as well as finding new ones. And then I realized I was hooked.

When I first heard that the game was based in the real world, I figured that it would be easy, and that I wouldn’t end up walking that much, but the urge to find all the Pokémon in the area is compelling. Once I became hooked, I made it my mission to find a new Pokémon every day. In the game each Poké egg has its own tracker, and will only hatch once you have walked a required distance. I wound up walking 12 miles a day and spending more time outside rather than inside (like I normally would have) in my quest to find Pokémon and hatch eggs. 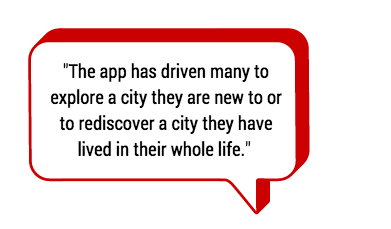 I then got the exploration buzz: as I searched the city for new Pokémon, I was traveling through neighborhoods I had never been to before, or taking a different route on my way to a location I had been to many times. Thanks to PokéStops, which are usually located at a landmark specific to your city, I found myself appreciating where I lived more and finding out new things. A strange statue across the street became a beautiful piece of art, a building I overlooked every day became something I looked forward to seeing. PokéStops caused me to see my city in a new light and to appreciate everything that was around me.

I found myself not just walking more, but socializing with more people my age who were also playing the game. We swapped information on where we had found certain Pokémon and discussed various aspects of the game. It was strange how an app was able to bring total strangers close together, as if anyone else with the app was an immediate companion in the quest to a common goal.

Millennials around the world are posting tips on social media, aiding everyone playing the game. Pokémon Go has created a community of people looking out for one another. There are isolated cases where this trust has been abused by those with sinister intentions, but for the most part people are looking out for one another. Helpful collaborators are letting others know about locations to steer clear of or places worth investigating. The app has driven many to explore a city they are new to or to rediscover a city they have lived in their whole life, creating a deeper appreciation for their real world.

Whether you are a twenty-eight-year-old who has been a fan for ages or an eight-year-old just starting out, Pokémon Go has created a close-knit fandom community.  It has motivated people who may have spent their days inside playing video games to get out into the streets of their city for healthy exercise and social interaction. Give a group of like-minded Millennials a goal and they will band together in order to aid one another without a second thought. It is a strange and interesting connection everyone with the app has, but as the game is released around the world, you can expect to find more and more Millennials realizing the goal all Pokémon fans have: to catch them all!