Friendertainment: How Brands Are Betting On Online Influencers 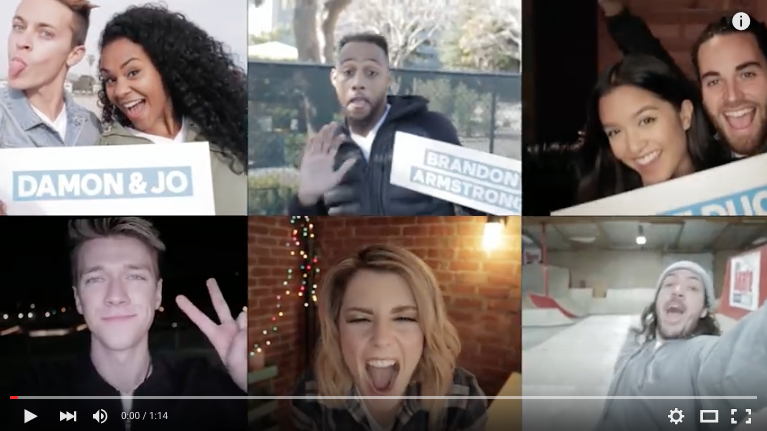 The launch of AT&T’s Hello Lab and YouTube Red are signs of online video’s evolution from vlogs to bigger-budget, brand backed productions.

According to Ypulse’s Fame Redefined trend, 53% of 13-17-year-olds say that videos on YouTube is the content they enjoy watching the most—compared to 29% who say TV series. It’s these young viewers that have helped to make online influencers into stars, and helped a slew of YouTube creatives make millions with their vlogging careers. According to the Washington Post, YouTube’s 5 biggest stars “have more subscribers than the population of Mexico” and some are “making as much money as Hollywood’s biggest stars.” But many were discovered by bigger brands and got some serious corporate backing to help their rise to the top—and that backing is only amping up. Online entertainment has evolved far beyond the vlogger in the bedroom. New programs and platforms launching right now are creating new vehicles and spotlights for digital influencers, and a whole new category of entertainment. 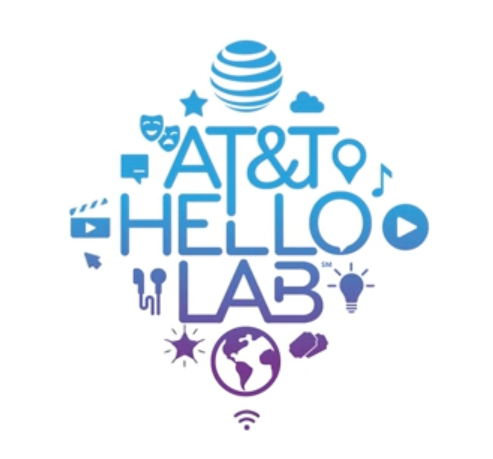 Today, AT&T is launching Hello Lab, a year-long program showcasing ten digital influencers in content series, podcasts, and live events. The project, created in collaboration with Fullscreen’s Strategic Content Group, is providing its chosen influencers, including Grace Helbig, Brandon Armstrong, and Shaun McBride, with show funding, access to the AT&T network, and phones to use as “mobile production studios.” It will also promote the resulting content—much of which will be interactive. For example, travel duo Damon and Jo will connect with fans through challenges on Snapchat, Instagram, YouTube, and Twitter, and the audience will help determine where in the world they’ll be travelling next. 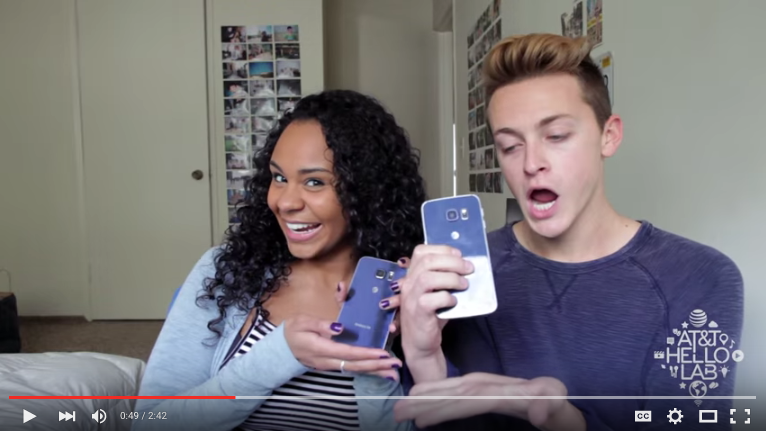 Maude Standish, Director of Creative Strategy at Fullscreen Strategic Content Group, tells Ypulse, “The expansion of social networks has made it so that increasingly our friends are our entertainment and increasingly consumers are expecting that their entertainment engage with them like a friend. We call this collapse between the lines of friendship and entertainment—friendertainment. One of the reasons that digital creators continue to grow in influence is that they have tapped into this trend better than most other entertainment properties.” Ypulse’s research has found that 44% of 13-17-year-olds agree “I think of online celebrities as my friends,” and digital influencers’ relate-ability is a major part of their appeal. Now that more brands like AT&T are recognizing the power of the online famous and their unique medium, “friendertainment” is getting bigger.

While many have begun to use digital influencers to promote products, Fullscreen believes that collaboration with the audience and the influencers is key. Standish explains, “As young consumers continue to evade traditional advertising, it’s likely that more brands will follow AT&T’s lead in co-creating with influencers as a means to communicate their brand message. Brands like AT&T that listen to the audience and are truly additive to the community will be better received than brands that see influencers as a new means to shout their message.”

Meanwhile, YouTube, the original home of many of the most popular digital stars, is banking on “friendertainment” to fuel the future of the brand. The site recently launched YouTube Red, a paid subscription service that will cost viewers $9.99 a month to watch content ad-free and gain access to exclusive content. That original content will feature some of the platform’s more popular creators, paired with big names in Hollywood. The service is a move towards becoming a full media company. The Verge reports, “if just 5 percent of its US viewers were to sign up for the service, it would add more than a billion dollars in annual revenue to the company’s bottom line.” YouTube Red’s first original content premiered this week, including the movie, A Trip to Unicorn Island, a feature-length documentary about YouTube star Lilly Singh’s world tour. Singh’s 8 million regular YouTube followers will need to pay for Red to watch her “spread her message of happiness as she proves to the world and herself that she has what it takes to become a world-class entertainer and make a difference not just online, but also in real life.” YouTube Red plan to launch between 15-20 new ad-free shows in 2016 featuring top YouTube creators. The platform plans to attain success with cheaper productions, unlike Netflix’s big budget shows, and their target is the younger viewers that grew up idolizing social media stars. 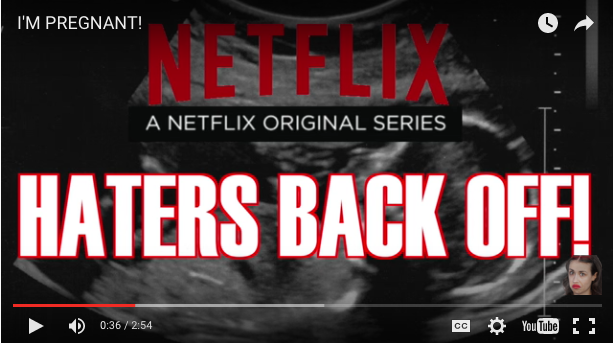 While YouTube makes moves to compete with Netflix, Netflix is tapping into YouTube influencers to create their own “friendertainment” shows. Miranda Sings, the narcissistic, tone-deaf, comical character who currently has 5.7 million subscribers and 824 million monthly views on YouTube, is starring in the new eight-episode Netflix series Haters Back Off, which will give a closer look at Miranda’s personal life and her “never-ending quest for fame.” She’s not the first YouTube star to make the move to a big streaming brand: Hulu released an unscripted show starring YouTuber Freddie Wong last year. TechCrunch comments, “the rise of YouTube-fueled online influencers has been breathtaking, as hundreds of thousands of (mostly) Millennials have embraced self-serve distribution, building big audiences beyond the reach, knowledge and control of traditional entertainment gatekeepers, including the networks…[Netflix can] leverage the audiences of these online stars, and their marketing reach, to drive the fans to new properties (which also happen to be online, where their fans already routinely seek entertainment).”

YouTube is continuing to go mainstream, and as it does, online video is evolving. “Friendertainment” backed by brands is giving influencers financial support and publicity, while giving the brand exposure to a massive audience of young viewers. If those young viewers tune in to their now brand-supported friends, it will only continue to grow.