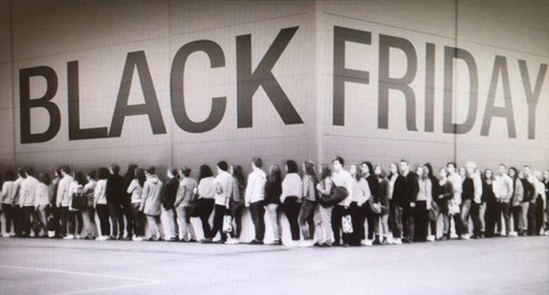 Now that we’re just days away from some of the biggest shopping days of the year, we’re digging even deeper into our exclusive holiday shopping data. Predicting the behavior of Millennials overall is important, but looking at different segments of the generation reveals some differences in where they’re shopping, their budgets, their feelings about Black Friday, and more.

Last week we let you know that 77% of Millennials overall plan to shop on Black Friday, Cyber Monday, or both. When we look at male versus female shoppers 13-33-years-old, it’s clear that males are more more enthusiastic about shopping on both days,

Some different racial / ethnic groups are also planning to approach their shopping in different ways: 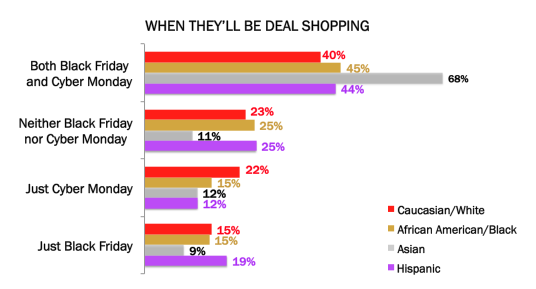 Clearly Millennials of all sorts will be shopping on at least one of the upcoming deal days. But who is everyone shopping for? Millennial guys are looking to fill their own wishlists, while Millennial females are more likely to be buying presents:

Clearly Millennial males are more likely to shop for themselves on Black Friday and Cyber Monday, while females are more likely than males to say that they are shopping mostly for others on both days. But that doesn’t mean they won’t be buying for themselves! The majority of both males and females are going to be doing at least some shopping that has nothing to do with the season of giving. 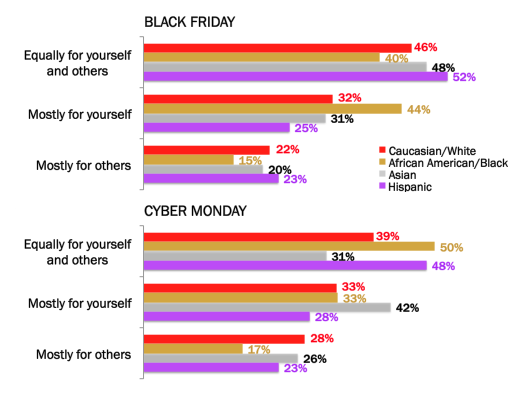 Now that we’ve looked at when Millennial groups will be shopping and who they’re shopping for, we can take a look at their budgets. We asked all 1000 13-33-year-olds in our survey to tell us the maximum amount of money that they were willing to spend on their Black Friday and Cyber Monday purchases, and found that males have a higher maximum budget planned for both days, planning to spend over $130 more than females on Black Friday.

Budgets also differ somewhat between ethnic and racial groups, with Caucasian Millennials citing a higher maximum spend number on both days. Though African American Millennials are no less likely to say they’ll be shopping on Black Friday/Cyber Monday, they are planning to spend a bit less than other groups.

Now we come to the “where” part of the shopping equation. There are some fairly significant gender gaps when it comes to the top stores/sites that Millennial shoppers plan to visit on Black Friday: 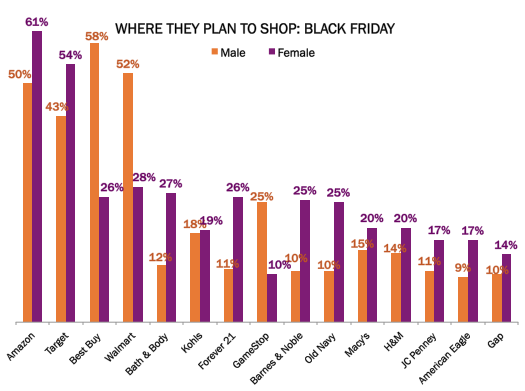 Millennial males are far more likely than females to say they’ll be shopping at Best Buy, Walmart, and GameStop this coming Friday, likely because they’ll be looking for deals on tech items for themselves. Fashion and beauty retailers fare better with Millennial females. But Amazon is the clear Black Friday retail winner with Millennial females, with over half saying they plan to shop on the site on Friday. The fact that they are planning to e-shop on Black Friday is likely due to the fact that female Millennials are more likely to say they don’t enjoy Black Friday crowds–a stat we’ll talk more about in a bit.

Asian Millennials are more likely than other groups to say they’ll be shopping on both Black Friday and Cyber Monday, and they’re also the most likely to visit some of the top stores: 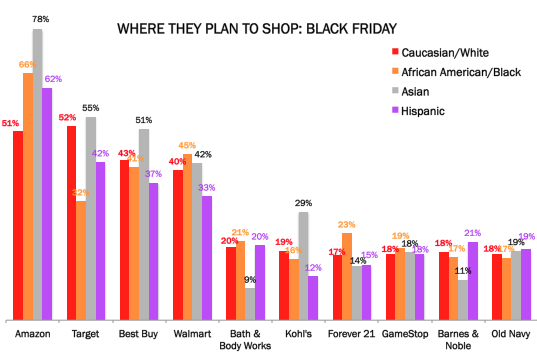 This group of young consumers is most likely to plan on shopping at Amazon, Target, Best Buy, and Kohl’s. Meanwhile, African American Millennials are slightly more likely to say they’ll be shopping at Forever 21 on Black Friday.

Unsurprisingly, when it comes to Cyber Monday shopping, Amazon wins among all of our Millennial segments, clearly leading the e-commerce pack for the holiday season start: 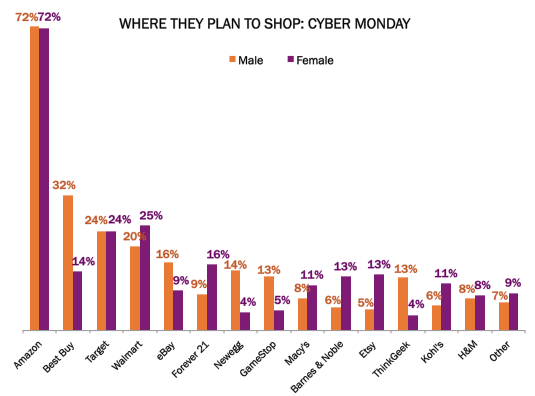 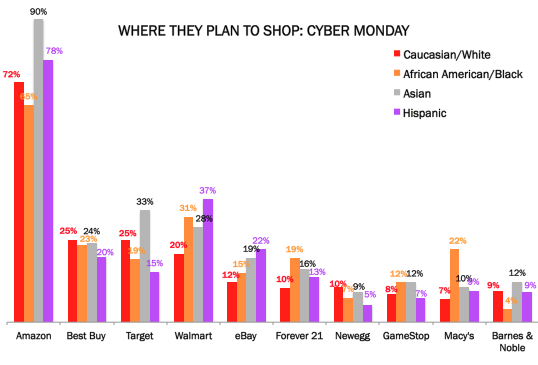 Because of burgeoning trends like the Black Friday backlash, and the cyber-cation of the entire holiday shopping season, we asked our Millennial panelists about their feelings around Black Friday and shopping in general. Here we see Millennial females’ somewhat conflicted feelings over the shopping holiday: 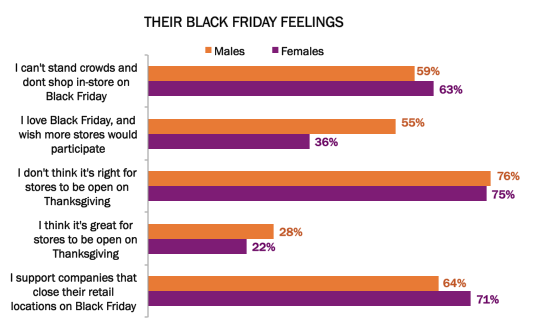 Though Caucasian and Asian Millennials are more likely than other groups to say they don’t think it’s right for stores to be open on Thanksgiving, overall all Millennials have similar feelings about the shopping holidays: they’re participating and like the deals, but more plan to shop online than in-store, and the extension of Black Friday into turkey day is generally not positively received.