We keep track of the apps Millennials and teens already love, how much time they’re spending on their phones, and all kinds of other vital info on their mobile behavior. But each of these favorite apps started out as a startup, and so watching out for the new mobile platforms to know about is just as important. Many of the apps that they have become rabid fans of are all about sharing; sharing photos, videos, selfies, and content. Some of the most buzz-worthy newbies give that sharing a twist, including a new stand-alone tool from Instagram, a delayed-gratification photo-sharing app, and a startup that’s making sharing more musical. Here are three sharing apps to know about next: 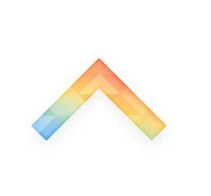 Instagram’s last big stand-alone app was Hyperlapse, which temporarily became a brand favorite for creating unique videos for their feeds. Now the most-popular image-sharing app has a new tool for its fans: Boomerang, the one-second GIF maker. You read that right, one second. Boomerang stitches together a burst of five photos that are played forwards and backwards in a silent video loop. Those loops can then be shared on Instagram and elsewhere. So why the stand-alone apps instead of releasing these new features on Instagram itself? TechCrunch reports, “Instagram doesn’t want its feed getting stale, but doesn’t want to bloat its app with extra features either.” Whether or not Boomerang is a big hit, the platform is pleasing users by never becoming stagnant and always providing something new to play with. 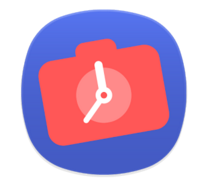 Flashgap is a photo-sharing app—we know, how could yet another photo sharing platform find success? Well, Flashgap provides an interesting twist for its users. Unline Instagram and Snapchat, which are all about immediate, in-the-moment broadcasting, Flashgap keeps photos hidden until the next day. Users can create an album and invite friends to add photos to their event. So if all are at a party, all their Flashgap pics will go into the same album. But those photos disappear after three seconds, only reappearing at 12pm sharp the following afternoon—allowing the group to relive the event together again. The time-delayed picture platform started in France and has recently been funded for an expansion in the U.S. Like another photo app we’ve covered in the past, Flashgap provides a moment of surprise, delight, and randomness, that many Millennials are craving in a Big Data, immediate gratification world. 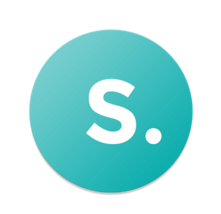 Instagram provides users with a lot—beautiful images, a window into their friends’, and celebrities’, lives, a way to express themselves, and now GIFs—but for the most part, the content shared on the app is missing one of Millennials’ biggest interests: music. Sounds is an app that could change that. The platform allows users to share song samples on social networks. While songs can be shared through the app on many platforms, “Instagram is by far the most popular network among users.” The song samples appear in users’ feeds as album cover art with a play button. Sounds has big plans for the future, but for now, allowing users to share music via Instagram could be what makes them a household name among young fans.