5 Contenders To Be the IT Toy Of the Holiday Season

Toys that roll, talk, and bake are all contenders to be the biggest hits of the upcoming holiday season…

For the past few years, there has been a slight lack of a “must-have” toy for the holiday season. Of course, in 2014, there was the “everything Frozen” craze, but it has been years since a stand-out toy made parents and kids go crazy the way Tickle Me Elmo once did long ago. But this holiday season could be different. The toy industry is predicting that 2015 could be the “best year in a decade,” and we could have some toy crazes on our hands. We’re just on the edge of fall, and already some serious front-runners are shaping up to be contenders for the IT toy of the holiday season. Here are five that could create chaos in the toy aisle: 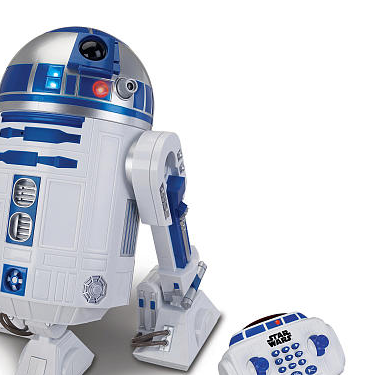 There is little doubt that in one way or another Star Wars will be ruling this holiday. As soon as the BB-8 droid, the viral star of the Star Wars: The Force Awakens trailer, was been made into a real, working remote-control toy (see GIF above) it began to be called out as a holiday must-have. The BB-8 droid can be controlled via smartphone app and with verbal commands, and operates like a remote control car—with the added magic of a robot head staying balanced on top of it. We can see the BB-8 being hoiliday’s biggest hit not only because it’s tech-forward, and comes at a variety of price points, but because every fan of every age could be clamoring to have one—this is hardly a trinket that appeals to only kids. But it’s not the only droid in town either. R2-D2 has also been made into an interactive robotic—and Toys “R” Us already put him on their 2015 hot holiday toy list. 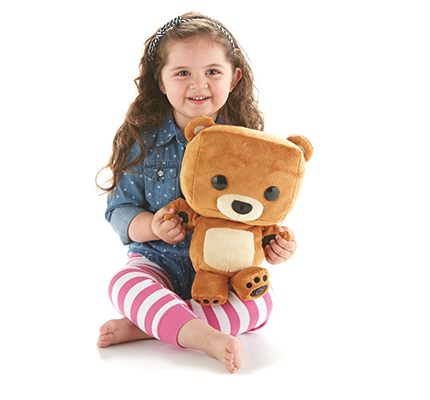 As we’ve said before, a new wave of smart toys could the way the next generation plays, and toys that talk to kids—sans pullstrings, pre-recorded phrases, or Tuddy Ruxpin cassette tapes—are starting to appear on shelves. This holiday could be their biggest moment yet. The Fisher Price Smart Toy Bear is one of the first of its kind, a teddy bear that understands spoken words, remembers things that children say to it, and visually recognized items like books and cards. Smart Toy Bear (who frankly doesn’t have the catchiest name) assesses children’s learning progress and provides parents with detailed updates. This smart toy is not only on the Toys R Us Fabulous 15 list; it’s also on The Street’s list of the five toys they believe will be hard to get this holiday season. Over years of research, Mattel has found that the number one thing kids wish they could do with Barbie is talk to her. Well, now technology is catching up with their wishes. The new Hello Barbie was one of the big stories out of this year’s Toy Fair, and she’ll be on shelves just in time for the holiday season. Hello Barbie is an internet-connected version of the doll that can have real back-and-forth conversations with kids. (Think a Siri/Barbie hybrid.) ToyTalk writers will create conversations about everything from favorite color to future aspirations based on their predictions of what kids will say, as well as change and evolve her dialogue over time. Some experts say that Barbie having a voice could “influence how kids define being a girl,” and others think that A.I. toys could inhibit kids’ imaginations. But Mattel is determined to make Hello Barbie the hottest thing in the toy store, and we could see them making a huge marketing push around the new chatty doll to finally turn Barbie’s fate around. So whether or not parents are creeped out by her, if kids are clamoring to talk to Barbie, they’ll still buy. 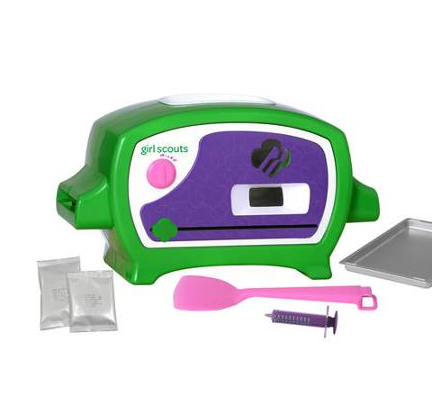 In a list that has so far been dominated by super high-tech items, it may be a surprise to see what looks like a modernized Easy-Bake Oven here at number four. But the Girl Scouts Cookie Oven is on both Toys “R” Us; 2015 Hot Toy List and Walmart’s kid-curated holiday picks, which it released two weeks earlier than usual this year. The retailer has noted that a whole category of toys on the list cater to the next generation of foodies, and the Girl Scout Cookie Oven might be the best of the bunch. The oven appeals to grandparents who remember their Easy-Bakes, Xer and Millennial parents who love to cook with their kids (and eat Girl Scout cookies), and of course today’s kids who are more interested in cooking and baking at younger ages. Refinery 29 called it “Your Childhood & Adulthood Dream Come True,” and we could see it being a big seller for its Girl Scout cookie mixes alone. 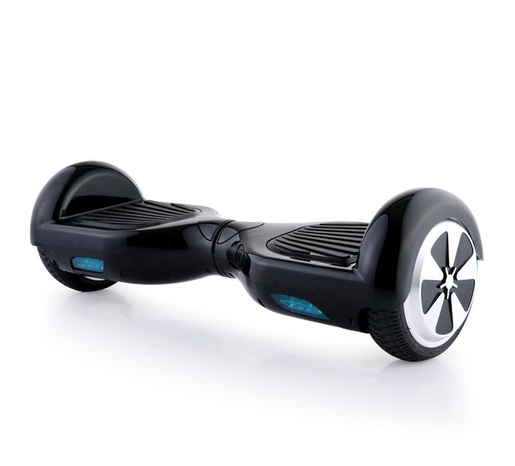 Of course, teens still get their own playthings wrapped up for them at the holidays, and this year it could be a whole new kind of transportation. The Hyperwalk electric scooter is hottest wheels in the teen star world. The motorized, handle-less, two-wheel scooters go six miles an hour, and like a Segway go forward when you lean forward, and backward when you lean back. One sign its star is rising? The ride was spotted all over VidCon, the hit event that brought together online celebs and their many, many followers. Hyperwalk is just one of the brands of electric scooter boards that have already proved a trendy hit and are being compared to hoverboards. Walmart has announced they’ll have a version of the electric scooter on shelves starting November 1st—a date that puts them right in line to be stocked for early shoppers and Black Friday. You won’t find them on a toy list, but as more become available we could see the craze taking off, right as the holidays do too.