Social Snapshot: The Stats On What Young Consumers Are Using Right Now 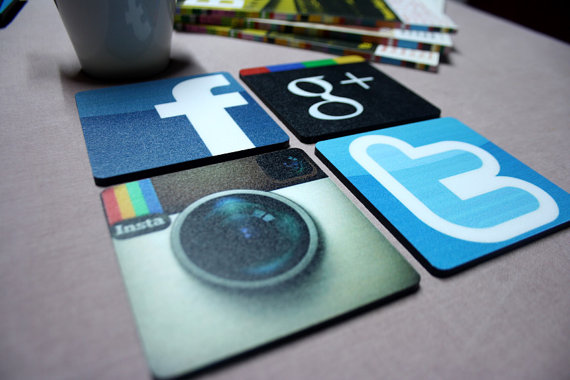 Last year, when rumors abounded that teens were “leaving” Facebook, we already knew what was really going on. Thanks to our monthly surveys of 1000 13-32-year-olds, we’ve keep an eye on the real-time stats on their social media use across all platforms. This social media tracker looks at their use to keep close tabs on the ups and downs of the networks among each age group, gender, ethnicity, and more. Today, we’re giving you the most current snapshot of their social media behavior, from their overall platform engagement to their daily use to the difference between teens and older Millennials. We’ll start with a look at our tracked trends of the major platforms young consumers have said they use since the beginning of 2013: 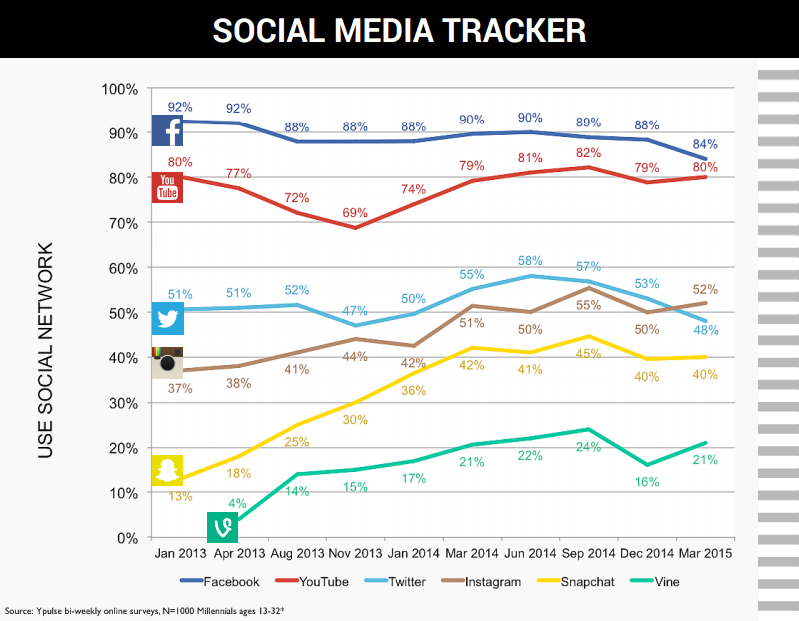 When looking at their platform use over time, it’s clear that visual networks like YouTube, Vine, Instagram are continuing to grow, while Facebook has indeed seen a slow loss of young users. However, in March, Facebook-owned Instagram overtook Twitter’s use for the first time. The shift could indicate that focused, image and video sharing apps and tools have truly become young consumers’ dominant communication preference over text. Last quarter saw a dip in usage for the majority of social networks overall, likely due to time of year as social use tends to peak in the summer months. Of course, these aren’t the only six platforms that we keep tabs on, or that Millennials and teens are spending their time on. Here’s a look at some of the other popular networks’ overall usage stats:

Here we can see that more 13-32-year-olds actually use Tumblr, Pinterest, Google +, LinkedIn, and Skype than use Vine. (Though it is a younger network than any of these.) These five platforms have seen less dramatic growth over time, but continue to have a significant number of young users. Of course, to really see the platforms that Millennials and teens are engaging with on a regular basis, we ask them to name the platforms they actively post content or comment on a daily basis: 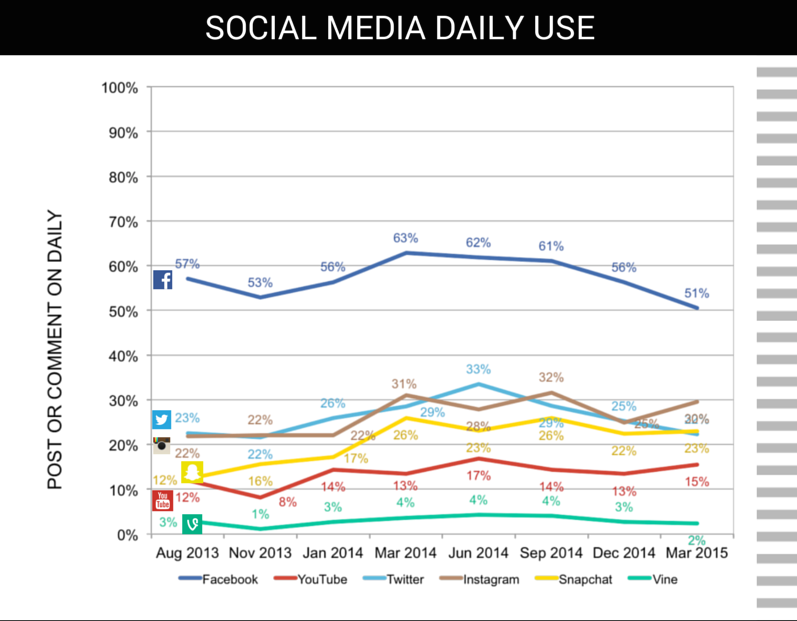 Here, Instagram’s growing dominance over other platforms becomes even more clear. 30% of 13-32-year-olds say that they engage with the platform every day, compared to 22% who actively use Twitter daily, 23% who actively use Snapchat daily, and 2% who actively use Vine each day. Of course, Facebook is still the top network for daily use, with a full 51% of young consumers telling us they actively post content or comment on the site daily. However, this daily use ranking takes on a slightly different picture when we compare the use of teens and older Millennials: 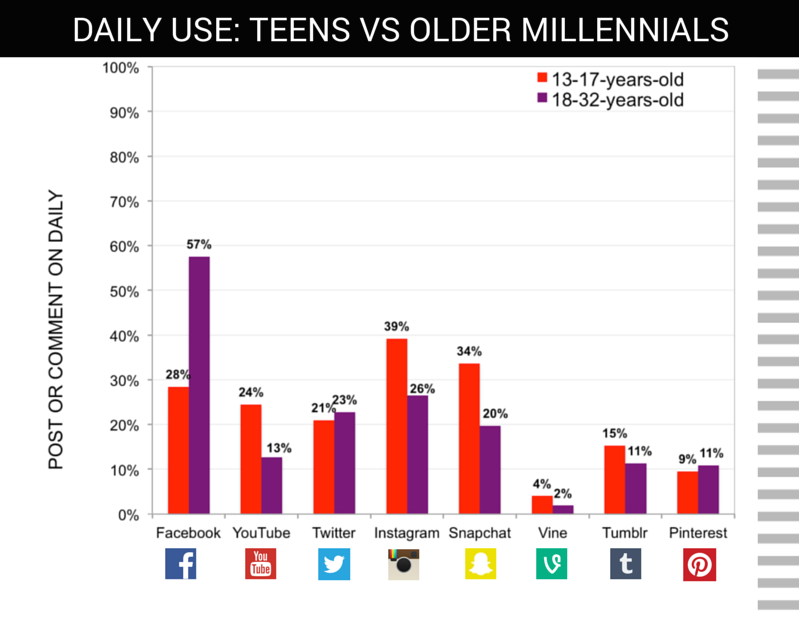 Now, the preferences of younger users becomes much more clear. More 13-17-year-olds say they actively use Instagram and Snapchat each day than use Facebook. They are also more likely to be using YouTube on a daily basis, which is not surprising considering our recent exploration of their media behavior.