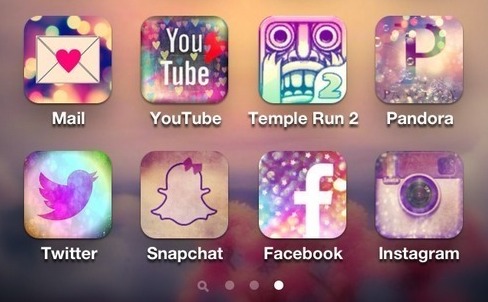 For the second time this year, reports that teens are leaving Facebook “en masse” are running wild online. We’re digging into our own data to give you the real story on if they’re leaving, where they’re going, and what’s behind it all.

This is the second time this year that major claims have been made about teens abandoning the network. In January, a study by GlobalWebIndex said that Facebook use among teens dropped 56% in the end of 2013. In June, another study said it wasn’t true at all, and that teens were using Facebook more than ever. But others still said that the platform had lost a generation of teens, and Pew said qualitatively their enthusiasm for it was “waning.” Four months later and we’re back again: all of these “death of Facebook” articles have referenced a recent Piper Jaffray study that claims the number of 13-19-year-olds who say they use Facebook has fallen from 72% in spring 2014 to 45% this fall. It’s a bold statement. It’s getting a lot of press. But is it true? Let’s talk. 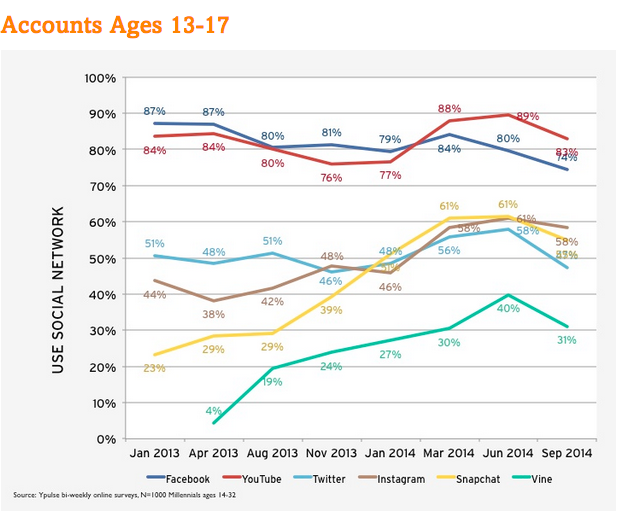 Ypulse’s social media tracker looks at social media use every three to four months to keep close tabs on the ups and downs of network use among each age group. Using our biweekly surveys of 1000 13-32-year-olds, we’ve been able to keep an eye on the real-time stats around this issue. Which means, lucky for you, we can tell you whether the latest fire drill around teens abandoning Facebook has any truth to it. When we look at the number of 13-17-year-olds who say they have a Facebook account, the number has fallen from 84% in March of 2014 to 74% in September. A 10% drop is nothing to sneeze at to be sure, but looking at the full picture, the decline matches up with a recent overall drop in social media profiles among this age group that could explained by the start of school. 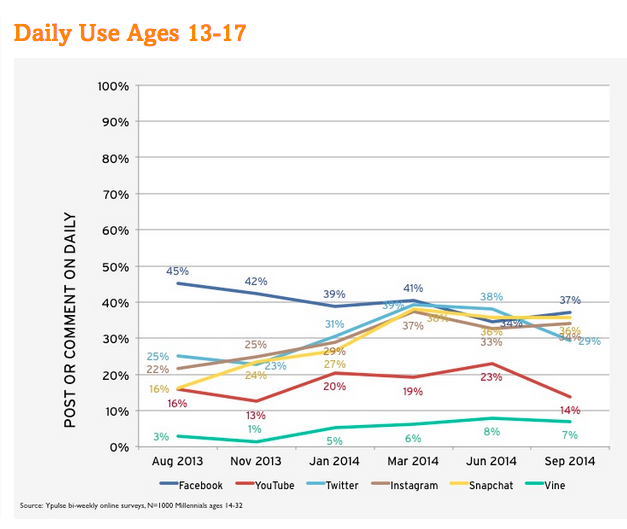 When looking at daily use of platforms, the decline is much less steep: from 41% who used Facebook daily in March of this year to 37% who said they use it daily in September. Twitter’s daily use decline for this time period is much more steep, and again we see that nearly every platform has seen a decrease in daily use that aligns with the start of the school year.

But it is true that teens are not engaging with Facebook as much as older consumers. The September daily use stat for 18-24-year-olds was 63%, a full 26% higher than 13-17-year-olds and an actual 5% increase from March 2014. The fact is, whether the alarmist reports of teens suddenly ditching Facebook are true or not, younger consumers—teens and likely those coming up under them—aren’t as interested in spending time on Facebook in general. And the reasons why aren’t a mystery. Here are a few:

1. They want to be with their peers.

As we told Inc. earlier this year, these younger Millennials have never seen Facebook as a peer-only place, and the reality is, that is what they want social media to be at this stage in their lives. Older Millennials might appreciate Facebook as a platform to keep up with aunts, grandparents, and cousins, but teens just want to be around their friends. Facebook is too big, too ubiquitous, for them to see it as a haven. Though they don’t necessarily mind that their parents are on the platform, it does impact their behavior: 20% of 13-17-year-olds say they check it less often because their parents are there, 36% say they tone down their posts, and 21% said they post pictures less often. They are editing their behavior because they’re not just among friends, which brings us to…

2. They just want a space they can be themselves in.

In March, we asked users of anonymous social networks like Whisper and Secret why they used them. 36% of 14-17-year-olds chose “I’m free to be myself,” double the amount of users over 18 who said the same. They were also more likely to choose, “I can say things I wouldn’t say on other social networks like Facebook or Twitter.” Facebook is not the only game in town, and teens are drawn to these other spaces that give them what they are looking for: a place to be their “real” selves, or at least the unedited selves they want their friends to see.

What do the apps that teens spend the most time on have in common? Discovery, immediacy, and personalization. A survey by Pandora of members of the high school class of 2014 found that Facebook, YouTube, Instagram, Snapchat, Twitter, and Pandora all top the list of apps they use on a daily basis. Our own data shows that Facebook, Snapchat, and Instagram are battling it out for the number one spot in their daily use. These lists reveal that teens are most likely to be drawn to apps that keep them connected to their peers, but also give them unique customized experiences, instant gratification, and the opportunity to come across something new and different. To teens, this means more than one source—they aren’t going to discover content if they’re going to the same pool over and over. A fractured social media presence gives them the variety, and discovery, that they crave.