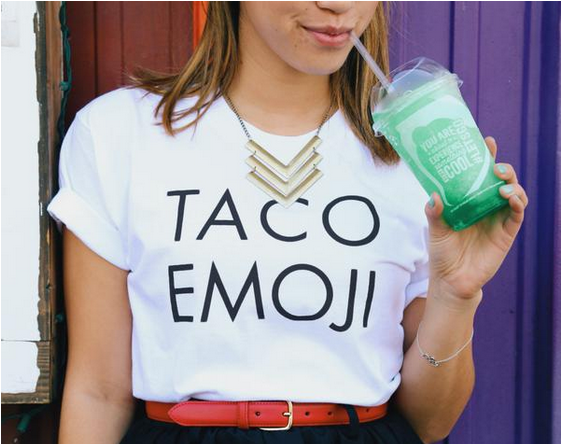 Emoji mania hasn’t slowed one bit, especially with the new racially diverse icon update, Instagram allowing emoji hashtags, and a slew of new emojis for Windows users—including an upraised middle finger. A recent Instagram study found that emojis could be replacing internet slang, for instance a joyful face with tears conveys the same message as “lol” or “lmfao.” The most popular word of 2014 was not Ebola, or some other newsworthy term, it was the heart emoji, which was the most widely used character in blogs, social media, and news outlets for 12 months. Emoji use has also spread to music videos, and fashion. There are a slew of startups capitalizing on emojis popularity. Chat apps and networks like Emoj.li and Emojicate will only allow communication via emoji, no text allowed. Emoji.ink is a site that lets users “draw with emoji.”

As the symbols become more ubiquitous, more brands are using them in daily exchanges with consumers and broader campaigns to appeal to and engage Millennials and teens. Inmoji, the branded emoji developer that was named a top 5 startups to watch at CES 2015, turns logos into “’powered’ clickable icons” that can be sent and used as emojis within messaging apps. Yesterday, we told you that startups like Swyft Media and Snaps are working with brands to create content like branded emoji keyboards and stickers that young consumers will willingly use in their chats with each other. Snaps has worked with Burger King, Victoria’s Secret, and Sony to create emoji content that consumers can download and incorporate into their messaging behavior. When the startup launched a Broad City keyboard for Comedy Central earlier this year, more than 55,000 keyboards were reportedly downloaded and installed in the first eight weeks, which resulted in more than 1 million branded images sent. Here are three more campaigns from brands who ❤ emoji: 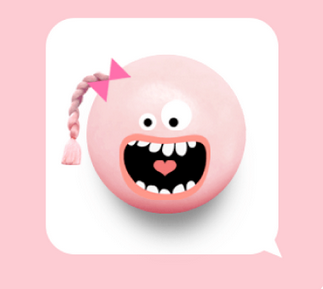 As we mentioned above, branded emoji keyboards are a new marketing tactic to less intrusively make brands a part of young consumers conversations. Evidence that their own keyboards might be the best way to market to Millennials and teens using chat apps is mounting, and because they must opt-into themselves to send these customized icons, the engagement is more organic. In February, Ikea introduced 100 branded emoji, including their famous meatballs, to give consumers a cuter way to talk about chores and housework. Burger King launched a Chicken Fries emoji keyboard in March when they added the item to their permanent menu. The same month, Mentos introduced their own emoji language, “ementicons,” which it made available via branded keyboard and through the chat app Ultratext. The icons use mentos candies as the base for new emoji the brand felt would fill a gap in young consumers’ mobile conversations, like “selfie-obsessed,” “stalkie,” “double-like,” and  “FOMO.” Mentos also released six short films to bring their ementicons to life, and set up a dedicated site to share their creations. 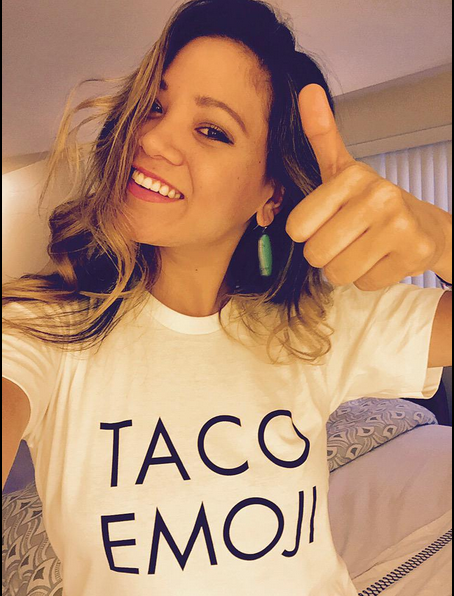 Soon after the Unicode Consortum announced they would be adding 37 new emojis to their library this year, Taco Bell began a quest to have a taco emoji created. In January, the chain created a Change.org petition that asks, “Why do pizza and hamburger lovers get an emoji but taco lovers don’t?” It now has over 30,000 signatures. The brand has positioned themselves as an emoji activist, and made the fight for the taco emoji a full-blown marketing campaign. After creating the petition, which they broadcasted on social media, they began to sell Taco Emoji tee shirts—which ironically don’t have a picture of the taco emoji—which it promoted with a #tacoemoji hashtag. General opinion is that it is unlikely the taco emoji campaign has actually worked, but to Taco Bell, that hardly matters. They used their battle for the taco emoji to garner their own buzz, and put their brand at the center of an emoji debate, and pop-culture conversation. 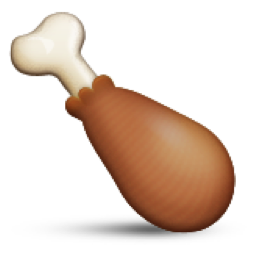 Food is a major part of the emoji language, and Americans use more chicken, cake, pizza, and eggplant emoji than anyone else in the world. (We won’t get into the eggplant implications.) Digiday reports that Food & Wine magazine will soon be adding to that emoji banquet, with a branded suite of food emojis “dripping with cake slices and champagne glasses” created by Snaps. Editor-in-chief Dana Cowin tells the site, “Since our avid fans actively communicate with standard emojis all the time — some going as far as writing entire restaurant reviews in emojis — we wanted to create a whole new world of possibilities for the super foodie connecting the images with the objects of their obsession.” The brand has been making efforts to appeal to younger consumers for some time. In 2014 they launched FWx, a new brand for the “food-obsessed generation.” The site features content like the “Munchies Flowchart,” and videos like “OMG, Bacon Pie!” which are clearly geared to some of the younger demo’s known interests.