What Are Brands Up To At SXSW? 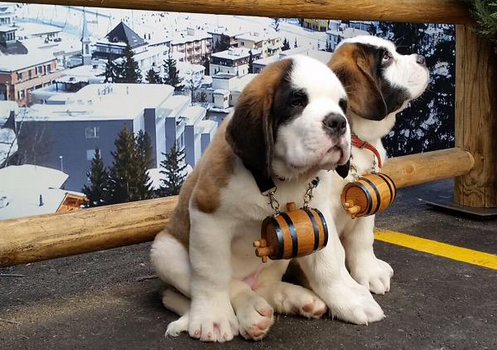 Yes, there is music, tech, innovation, and entertainment at SXSW. But it has also become a marketing playground, as brands use the festival to test new ideas, engage with young influencers, and run out-of-the-box campaigns that earn them buzz beyond the event. So what are brands up to at SXSW 2015? We’ve rounded up the stand out marketing efforts of the fest.

Start-up SXSW is a thing of the past, and branded SXSW has taken its place. As Fusion put it when describing the 2015 Austin festival, “If the old SXSW was full of impecunious start-up teams crashing four-to-a-room in student housing, the new SXSW is a pop-up NBC-sponsored sports bar on the lawn of the Four Seasons, where rooms have never been so expensive nor so painlessly paid for.” That doesn’t mean the event is “over,” but it has evolved into a bit of a marketing playground—less of a meet up of scrappy innovators, and more of a space that brands are using to engage with young influencers and get some of their more creative ideas off the ground. Cnet calls it “Spring Break for #brands.” In this new SXSW era, the marketing taking place at the festival is as newsworthy as the latest app craze. (Which this year is Meerkat, a live-streaming platform we wrote about earlier this month.)

Though some noted that brand activity was slightly lighter than last year, where Oreo made Twitter-fueled cookies and Pepsi threw a wearable dance party, there is plenty of creative brand activity at SXSW 2015. We’ve rounded up some of the stand out efforts. This South By, brands are… 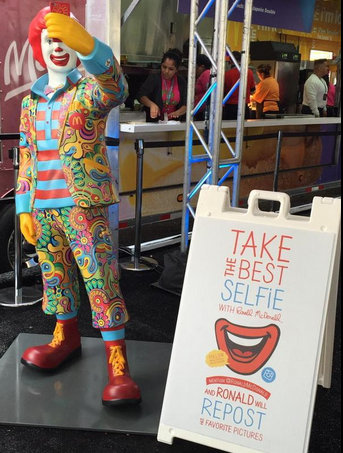 McDonald’s replaced Subway as a “Super Sponsor” of the festival for the first time, in an effort to be “seen as a digitally innovative company.” While it is unclear how much good, or even awareness, the sponsorship has garnered them, they certainly did everything they could to make the most of the event. On top of throwing a reportedly very popular party, offering attendees free “wi-fry,” coffee, and setting up a food truck that handed out free McDonald’s grub, the brand also used their time at the festival to ask for input. On March 13th, they held three pitch sessions to allow startups with great ideas to submit their thoughts on reinventing the restaurant experience, content creation, and transportation and delivery to a panel of judges. The best pitch will be sent to McDonald’s headquarters to present the idea to the company’s higher ups. The brand’s Chief Digital Officer wrote of the sessions on the SXSW blog, “We want to be in the flow of ideas, offering our scale to interesting partners, with the intent to make the lives of millions of people who use McDonald’s a bit simpler and even more enjoyable.” We’ve written in the past about brands successfully co-creating their futures with Millennials, so it could be that getting SXSW’s innovative attendees to weigh in on the brand’s direction is a wise move.

McDonald’s isn’t the only one using SXSW to crowdsource innovation. Visa is using the festival to kick off their “Everywhere Initiative” competition, asking startups to submit marketing solutions that will engage Millennials through inspiration, demonstrate how being loyal pays off, and promote their online payment platform, Visa Checkout. Winning teams will win $50,000 and work with Visa to make their ideas come to life. 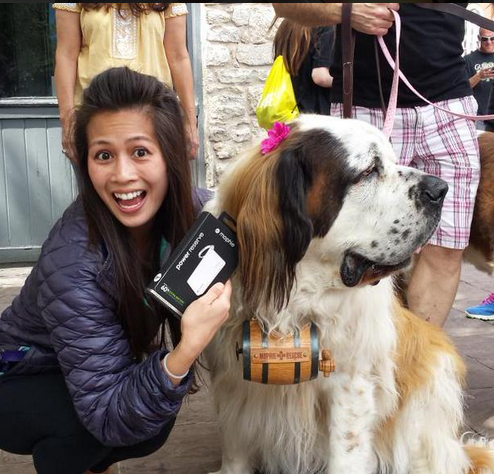 Charging Up the Crowds

At any live event filled with Millennial attendees, phone charging is going to be a major concern. At a tech and media-centric festival like SXSW, it becomes an obsession. Providing charging stations and solutions to event-goers has become a go-to marketing tactic for brands, and at SXSW 2015 several found ways to get creative with it. Without a doubt, the brand that made the biggest splash with their device-charging services was Mophie. The phone accessories company brought a team of Saint Bernards with them to South By to rescue anyone with a dying phone, wherever they might be. Attendees simply tweeted a screenshot of their dying battery to Mophie with their location, and a rescue dog equipped with a neck barrel charger was sent to help. The dogs were a huge hit, with PSFK calling them the “best activation” of the fest, and many who visited the pups at Mophie’s lounge tweeting out pictures with them. Adorable puppies and desperately needed phone charges? Mophie was a SWSW winner. 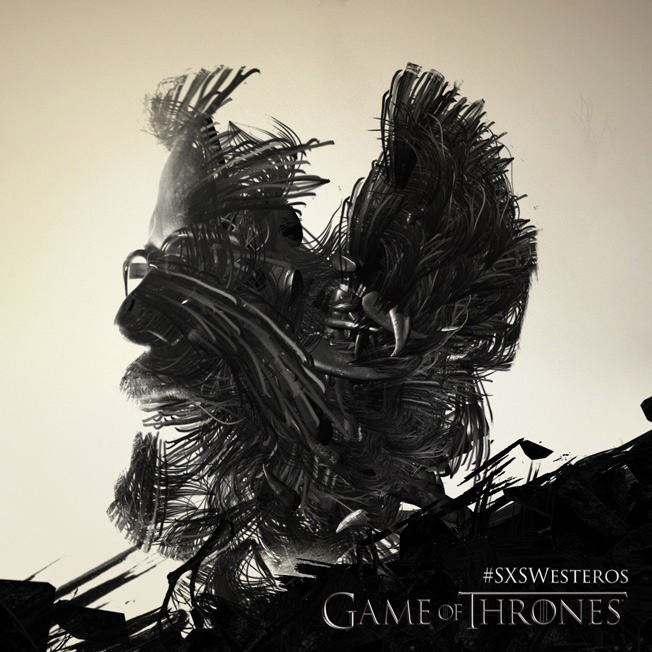 This year, several TV shows brought their settings to life for the SXSW audience. Fox provided a Simpsons Kwik-E-Mart food truck honoring the show’s 25 years and serving up Squish drinks and photo ops. A&E invited guests into The Bates Motel, building a full replica that fans could wander through to look at clues and enjoy minibar service in. The most tech-forward effort was probably HBO’s Game of Thrones SXSWesteros augmented reality activation, which drew huge lines. The network gave enthusiasts the chance to be photographed with some of the show’s iconic pieces, then move on to a digital sword fight “vaguely reminiscent of Arya Stark’s sword training in the first season.” Each of their sword strokes is recorded and the transformed into a unique piece of original artwork that incorporates the photo they took after entering. Finally, visitors that tweet out a specific hashtag at the end of the experience unlock a Game of Thrones vending machine that drops out branded phone cases and other Westeros loot. 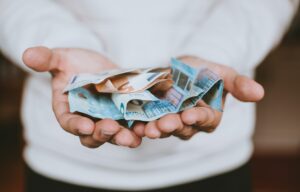 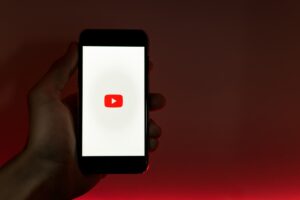 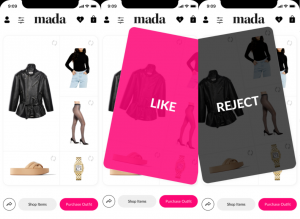