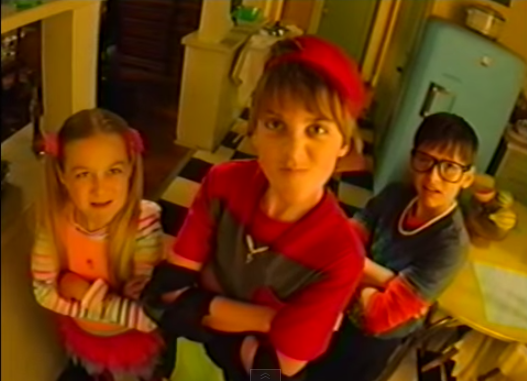 Micro-series, PSAs, and parodies, oh my! The internet is full of short content, and we’ve got the latest videos you should watch to keep up with it all, plus our thoughts on why they matter. 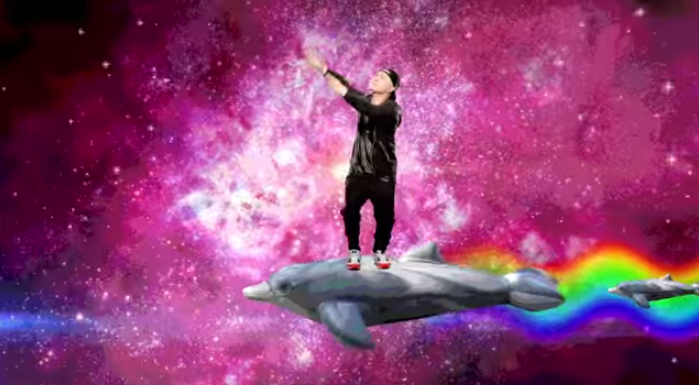 Scary statistics and unsettling images are outdated tactics used in the war against teenage smoking, and Truth is taking a different angle in their new anti smoking commercial. The new “Left Swipe Dat” spot is a music video that uses popular dating app Tinder as a focus in an over the top song that tells viewers that smoking is regarded as unattractive and will only get you rejected, a.k.a. left swiped. The video features young celebrities currently wildly popular with teens, including musicians like Becky G, Fifth Harmony, and YouTube stars King Bach and Grace Helbig. “Part parody, part PSA,” the ad quotes actual stats to prove its point, informing that you get double the matches if you’re not smoking in your profile picture. That messages is packaged in a pop music video complete with meme-imagery, flying dolphins, rainbows, and references to common Tinder profile faux pas (posing with tigers, duckface, etc.) Responses to the video have been mixed, but comments on YouTube, where it has earned about 280,000 views so far, lean positive.

Why It Matters: “Left Swipe Dat” plays off a few trends we’ve seen in Millennial content, including the use of digital celebrities, an over-the-top approach that integrates the Tumblr aesthetic, and a reliance on stats that illustrates the importance of numbers. Overall, it’s a fairly large departure from Truth’s previous campaigns. While some might feel the ad is trying too hard to be cool, the parody-esque tone of the spot saves it from going too far in that direction. Whether or not it racks up millions of views, the video is a veritable gallery of the kinds of things that brands are tapping into to attempt to appeal to teens today. 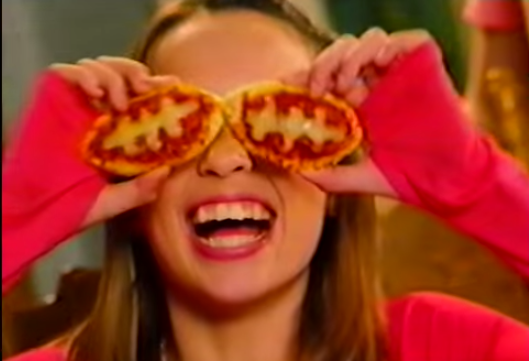 Kids of the ‘90s love nothing more than looking back at the TV shows and commercials that they loved growing up, many of which look downright ridiculous by today’s standards. “Every ‘90s Commercial Ever,“ like the infamous “Too Many Cooks” video from Adult Swim, begins as a send up of retro content tropes, and slowly progresses into pure, dark madness. The video, which was created by the same minds behind “Video Game High School,” includes many of the iconic ‘90s commercial classics: a vest wearing mom providing snacks, neon outfits, and a product that gives them exaggerated supernatural powers. But the group of kids transformed into fast-moving silver liquid by their Capri-sun like pouches of fruit drink end up converging into a mutated, flesh-eating creature that rips off faces and terrifies the “celebrity” football player they were so eager to go and meet. The video is weird, gross, and nostalgic all at the same time, and is closing in on 1 million views on YouTube in six days.

Why It Matters: In the last few months, ads and social efforts from brands who aren’t afraid to try something new have been capturing young consumers’ attention by being, quite simply, weirder and more random than anything they have seen in marketing before. “Every ‘90s Commercial Ever” is a perfect continuation of this trend. While overtly sexy images in marketing are making young consumers yawn, entertainment and ads that get a little weird, ok, or a lot weird, are getting their attention. Brands are tapping into their appetite for the off-the-wall and out-of-the-box, running campaigns that celebrate the strange and put a spotlight on the nonsensical. 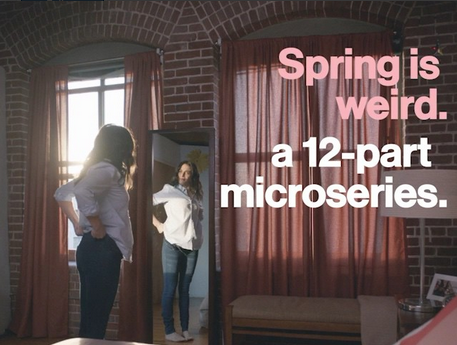 To promote their spring fashions, Gap is releasing a 12 piece “Instagram soap opera.” One 15-second video of the “Spring is Weird” micro-series starring Jenny Slate and Paul Dano will be released on Gap’s Instagram account and YouTube each week. The show will allow followers to watch a love affair unfold as the two, decked in Gap, “navigate chance encounters, first dates and moody spring weather in the hope of finding their perfect fit.” With only one, very, very short, episode released so far, it’s difficult to gauge the success of the campaign, but the title certainly hints at a different direction from the “Dress Normal” slogan that missed the mark last year.

Why It Matters: Gap has had a strong advertising presence on Instagram, and the release of “Spring is Weird” happily coincides with the new looped video feature on the platform. It is clear that branded, serialized content is beginning to infiltrate social platforms, and the campaign shows the creative potential of the approach. It’s a trend to keep an eye on. Snapchat’s original series, Literally Can’t Even, premiered last week to mixed, mostly negative, feedback. Some adjustments clearly need to be made before someone gets a series on social right, but at some point we are sure that someone will capitalize on what is clearly an interesting marketing opportunity.