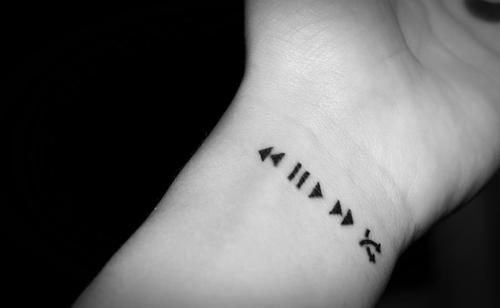 Watch out YouTube. Young consumers are going to have a lot more sources to get their online video hits this year, as long-standing platforms are now making video a part of their landscapes, and new sites are disrupting the way things are done. We’re breaking down the burgeoning video wars.

79% of Millennials told us they have a YouTube account in December 2014—up from 69% in November of 2013. When we covered the mainstreaming of YouTube, we pointed out that just a few years ago, Hollywood was incredulous that YouTube was anything more than a collection of amateur vloggers, and certainly most didn’t believe that it would change the traditional entertainment world. Oh, how times have changed. The site has revolutionized media for young consumers, who are both the consumers and the creators of YouTube’s world. The rise of micro-celebrities, many of them launched on YouTube, has shifted the way that Millennials and teens view fame. But all of this time, the site has had little competition as the main distributer of online video content. This year, that quasi-monopoly is being challenged by some major competition.

When we spoke to former Hulu CEO Jason Kilar about the launch of his new video platform Vessel, he told us, “It’s missing the point to think of it as Vessel versus YouTube. Think of it more as HBO and movie theatres, they coexist…In the same way that film and television evolved, the same will happen with online video. Facebook and Twitter’s native video players will be a sea change for creators in terms of what they have historically done with their video content. 2015 is going to be an epic year for online video.” We have to agree. But while it’s likely that multiple video platforms will co-exist, the reality is that YouTube’s dominance is being threatened. New players like Vessel are reimagining the way that online video can work for creators, viewers, and advertisers, and more established social networks have chosen this as the year that they make video a major part of their platforms. Here’s a breakdown of the burgeoning online video wars, and all you need to know about the big changes underway: 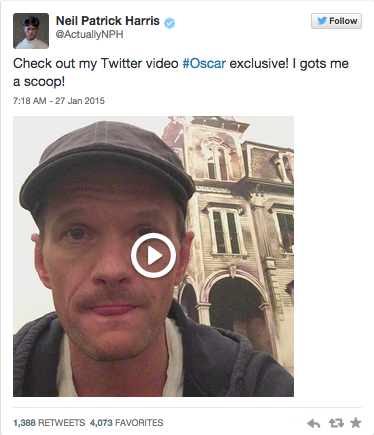 Have you scrolled through your Facebook newsfeed and noticed a video automatically playing? The social network’s silent auto-playing video strategy has been successfully catching eyes and dramatically increasing video views. The site reports that in 2014, the number of video posts per person spiked 75% globally, and they averaged 1 billion video views a day. Stats like these are heating up the network’s position in the competitive video landscape, convincing brands, such as the NFL and YouTube celebrities, to strike deals with Facebook. Last year the site also began to encourage YouTube talent to upload their videos directly to Facebook, “muscling in” on YouTube’s territory. One analyst is also confident that the social network “is readying a YouTube-like rival” that will organize both user-created and professional content. Video advertising dollars are a likely reason for the move, if it is true. Meanwhile, just today Twitter launched the ability for users to share 30-second video. The new feature is the first step in the network’s previously announced plan to expand native video in the first half of 2015, and allows mobile users to shoot and edit videos to share directly to their feeds within the Twitter app. The site is also developing its own video ad unit that would include “’pay-for-play’ cost structure” that would automatically play a six-second preview video in users’ feeds and include the option to click to view the entire video.

It’s not just social networking platforms expanding their online video capabilities–media sites are venturing into original video content. Last August, BuzzFeed raised $50 million, which will help to expand their content, including a venture into longer serialized video. A new division called “BuzzFeed Motion Pictures” will explore both mid-form and “long-form, television and transmedia ideas” they are calling “The Future of Fiction.” Vimeo has begun to take scripted series under their expanding wings, announced a deal with New Form Digital Studios, “whose partners include Discovery Communications, Brian Grazer and Ron Howard,” to create their own original content. The deal will bring two series from popular YouTube creators exclusively to Vimeo’s on-demand service. By teaming up with New Form, Vimeo is tapping into the pool of online filmmakers that are at “forefront of producing supremely creative video.” They’re also contributing to the continued fragmentation of entertainment, and increasing the competition against YouTube. 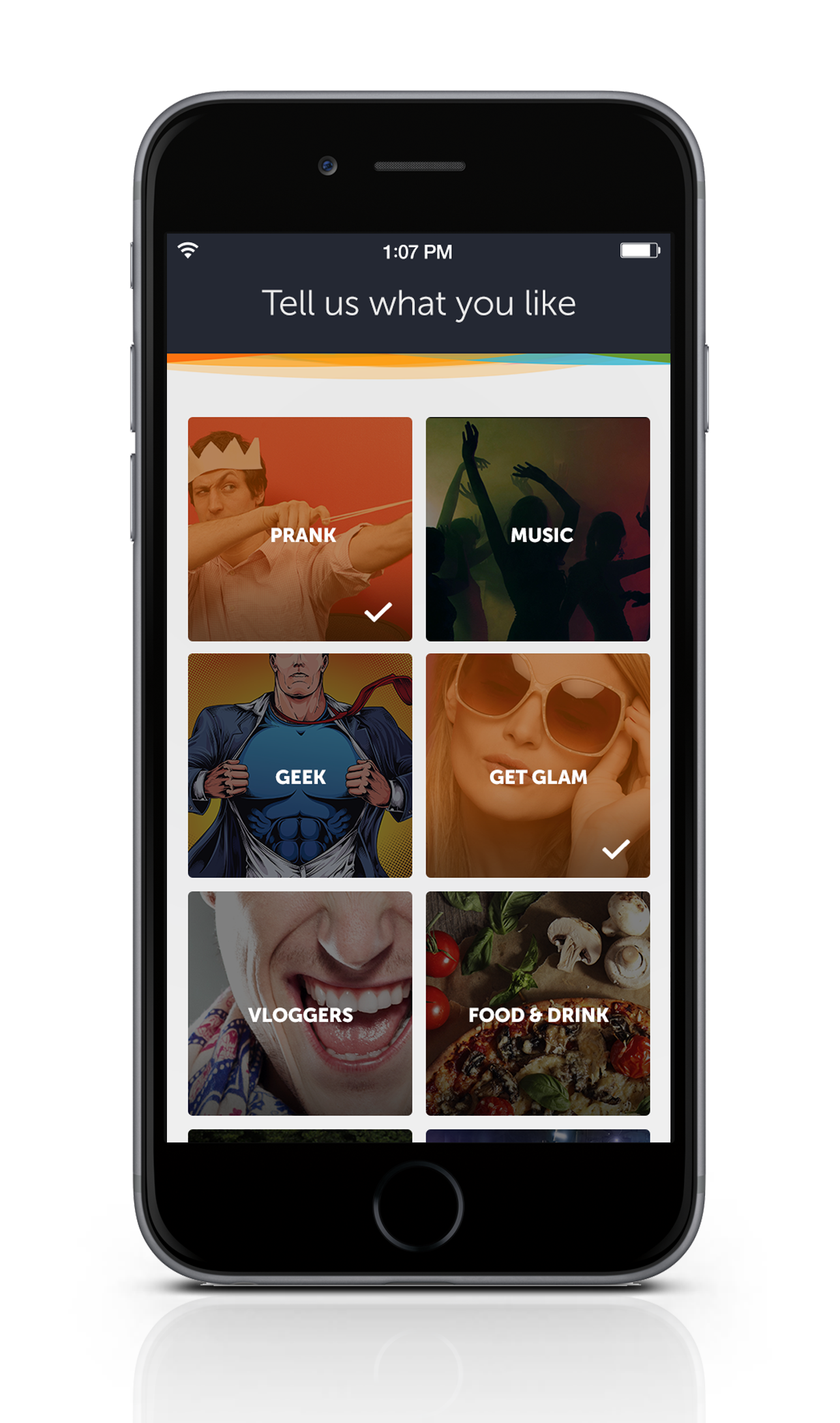 In early December, Google reportedly began offering some of its most popular creators bonuses to sign multiyear deal contracts to guarantee they will post their videos on YouTube exclusively before posting them on rival networks, like the one Facebook is working on. However, it was rumored that the site was particularly worried about Vessel, a video startup founded by Hulu’s former Chief Executive. On the free web, content creators can earn roughly $2.20 per thousand views. The distributor keeps a percentage, and the earnings thereafter are fairly low. Vessel plans to pay their creators roughly $50 per thousand views by charging subscribers $2.99, and asking creators to post exclusively to Vessel for 72 hours—longer if that’s what the creator prefers. Subscribers are paying to watch their favorites there first, and Kilar says that if only 5% of fans consume on Vessel first, creators can double their revenue. 70% of all ad revenue on the platform goes back to the content creators, and 60% of the subscription revenue will be distributed to creators based on monthly minutes viewed. It has been clear for some time that online talent, while benefiting in many ways by the mainstreaming of YouTube, are not particularly happy with the way that the model currently exists. One of YouTube’s most famous stars, Felix “PewDiePie” Kjellberg, may be looking to start his own network with friends, and has been vocal about his dissatisfaction with Maker Studios. The landscape is clearly ripe for someone to make a change.

Maker Studios, a major YouTube production brand purchased by Disney in 2014, has also been attempting to poach some of YouTube’s viewers and hold more ownership over their content revenues by establishing their own stand-alone site. Growth has been slow, but it’s important to note that it’s not just content creators who are tiring of the current online video structure. 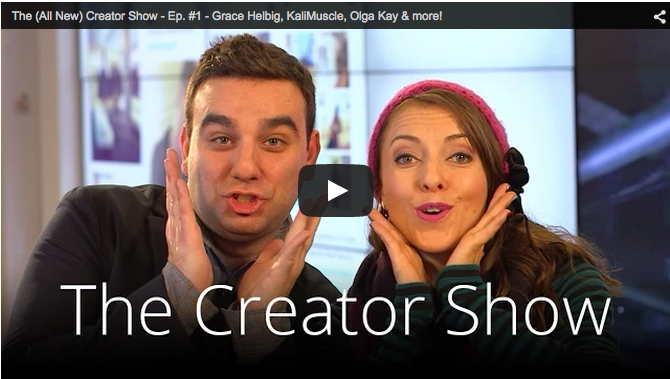 Of course, the competition is just beginning to heat up, and YouTube is still the current champ of online video. As Mashable put it, “YouTube is still the place where more stars are born and more culture is made than any platform out there.” As mentioned previously, YouTube is taking steps to protect the talent that they know is being tempted by other platforms. But the site is also making their own expansion moves, and their role in entertainment could evolve by the year’s end. The site has announced they will be putting out original content by the end of 2015. The shows will focus on YouTube talent, and the head of originals at YouTube explains, “We’ll start with the next level for a lot of our creators; we’ll fund beyond what they are typically able to realize.” Those creators with a passionate fan base and good ideas will be given the financial leg up.

They’re also looking to connect with those vloggers in more ways. The new online video series The Creator Show is meant to provide tips and explanations of new features to the YouTube community, and will include interviews with top talent like Grace Helbig and PrankvsPrank to talk about their projects and experiences. Keeping creators happy is going to prove a key part of YouTube’s continued supremacy—the major recurring theme competing sites are capitalizing on is the current dissatisfaction with ad profit sharing and management that YouTube is providing. But even if creators are happy on the platform, we can expect that they’ll continue to be challenged by rivals and existing platforms looking to capitalize on online video’s success.