Meet Vessel: The Video Platform That Wants to Change Everything 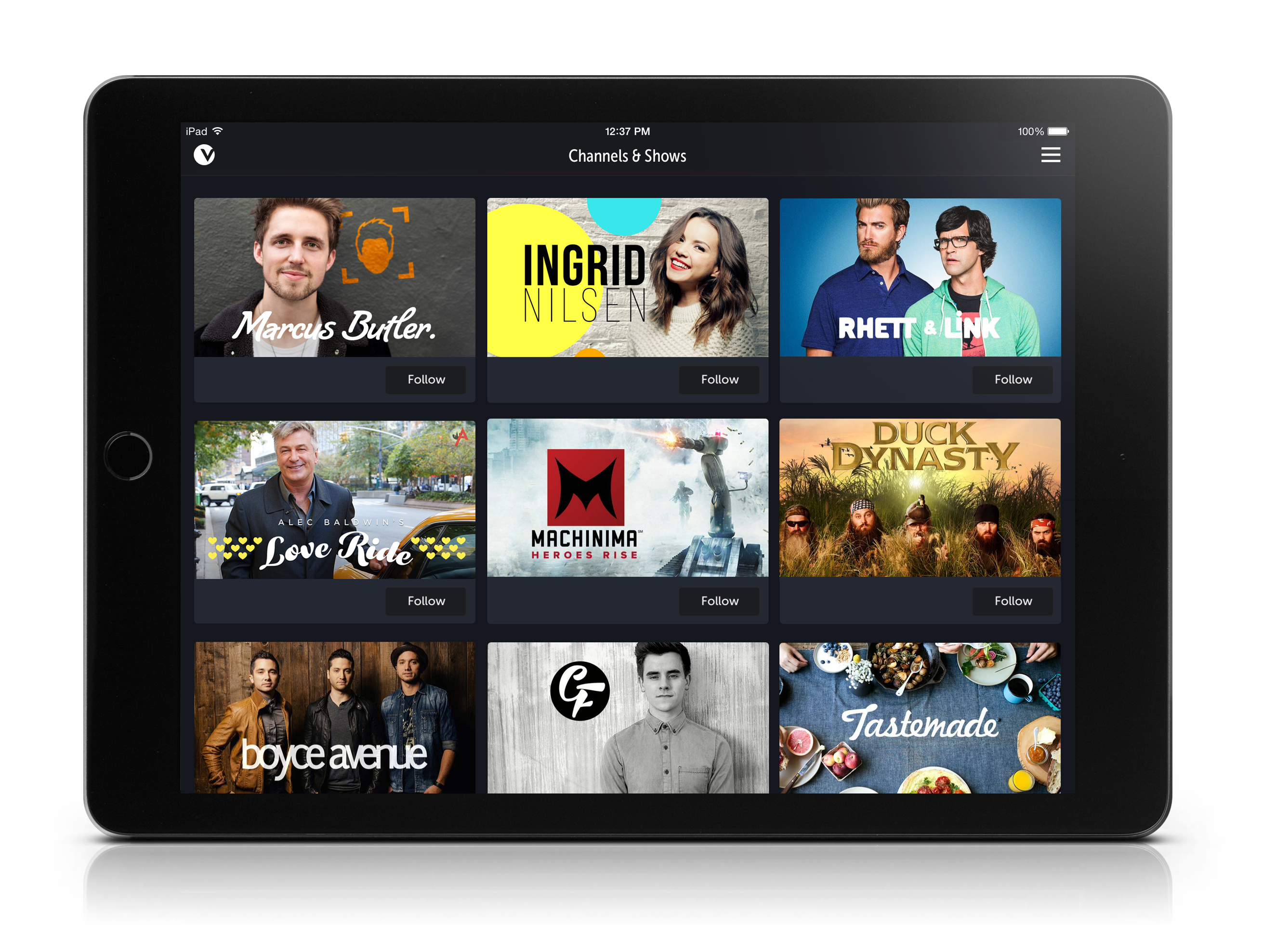 We got an early look at Vessel, the video platform that launched in beta this week and could change the content marketplace. By offering creators serious profit in exchange for exclusivity, Vessel is hoping to re-imagine what online video can be and how the video ecosystem works.

The online video competition is heating up. In December, word leaked that former Hulu CEO Jason Kilar had launched Vessel, new subscription video service that could be a YouTube competitor. To entice creators to post content, Vessel offered $50 for every thousand views in the first three days they are posted, if they were exclusively posted on Vessel. After a “72-hour exclusive window” the content can be shared on other sites. Turns out that 72-hour window is at the core of Vessel’s plan to change the way that online video is done. We sat down for a guided tour of the platform, which test opened for beta subscribers just yesterday, got a first-hand look at the sleek interface and content, and heard Kilar’s thoughts on what it could mean for creators, and for brands.

CEO and co-founder Kilar spoke passionately about his team’s goals while showing us his new, potentially disruptive, enterprise. Twenty former Hulu, Netflix, and Amazon staffers are now working at Vessel, where they’re combining their industry knowledge and tackling a major mission: to make media better for both creators and viewers. Kilar tells us that most people focus on only the consumers, but at Vessel “We want to delight content creators, advertisers, and consumers. That’s what uniquely defines us, and we love the challenge.” The biggest challenge, according to Kilar, “is that there aren’t currently enough economics in online video.” Vessel thinks that they have found a way to solve that problem. How It Works: On the free web, content creators can earn roughly $2.20 per thousand views. The distributer keeps a percentage, and the earnings thereafter are fairly low. Vessel plans to pay their creators roughly $50 per thousand views. How? Exclusivity. Vessel’s team was inspired by the early access model that exists for film and television, but doesn’t currently exist online, and they believe that a subset of fans will be willing to pay for early access to the content they want. Vessel will be charging subscribers $2.99, and asking creators to post exclusively to Vessel for 72 hours—longer if that’s what the creator prefers. Subscribers are paying to watch their favorites there first, and Kilar says that if only 5% of fans consume on Vessel first, creators can double their revenue. 70% of all ad revenue on the platform goes back to the content creators, and 60% of the subscription revenue will be distributed to creators based on monthly minutes viewed. According to Kilar, “Vessel wants the future of content to empower creators to create valuable businesses online.” A free version of the platform will also exist and be filled with the content that is not exclusive.

Raising the Content Bar: Of course, the viewers are the ones that bring the advertisers and pay for the subscriptions, and one of Vessel’s major goals is to dramatically raise the bar for quality of content online. Our sneak peek proves they’re on the path to do just that—everything on Vessel, from the interface to the ads to the content is sleek and high quality. While showing off his platform, Kilar explains “It’s odd that despite the distribution on the web, people are not creating ESPN level content. Vessel provides a missing puzzle in the video ecosystem, in the same way that paid TV were missing pieces for filmmakers for many years—You can be more ambitious in your story telling if you know there is revenue down the road.” Raising the bar on the kind of online content available is clearly central to Vessel’s plan. The videos already on the site, and there are already 125,000 are all high-quality. 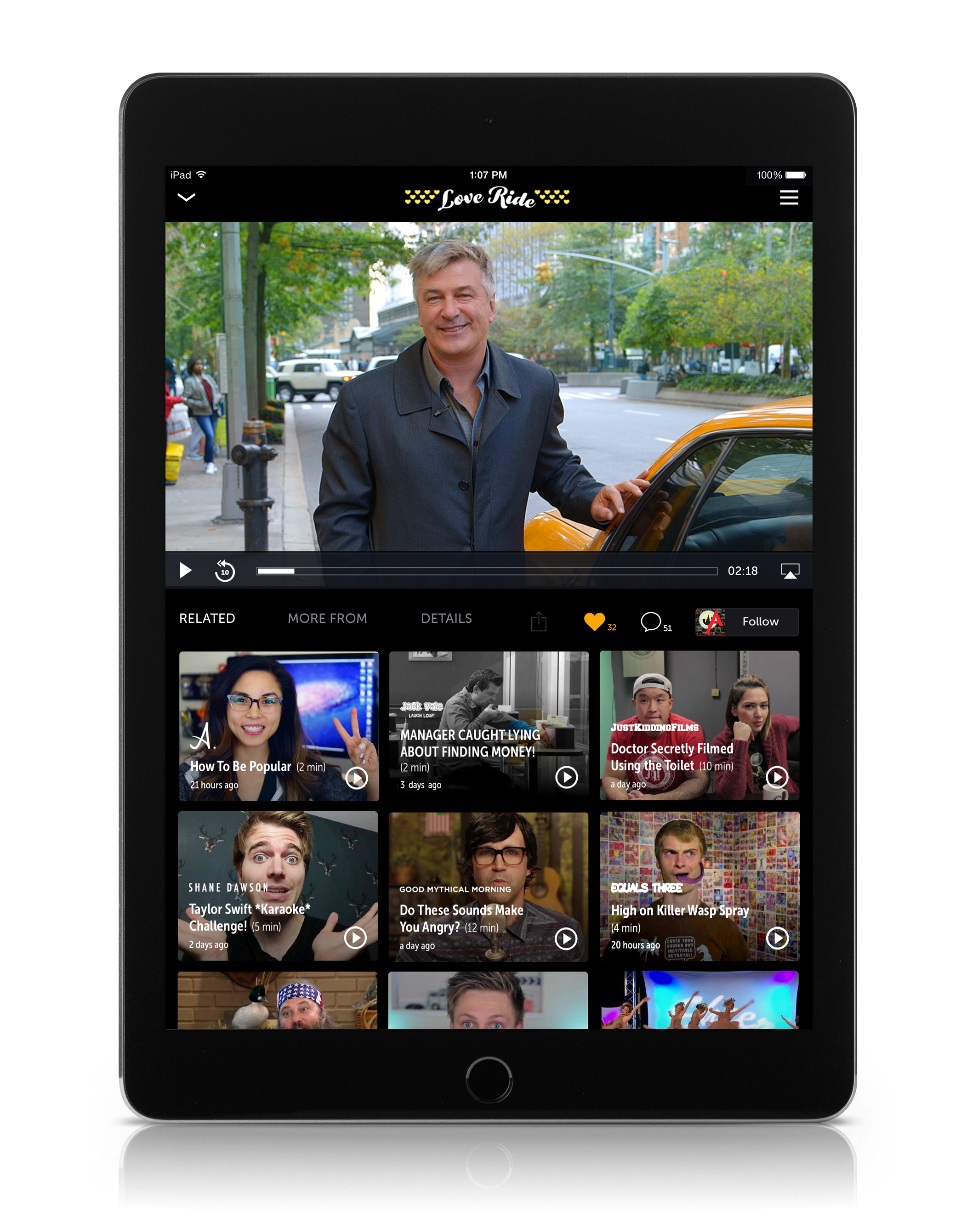 Why It Could Disrupt the Video Market: It has been clear for some time that online talent, while benefiting in many ways by the mainstreaming of YouTube, are not particularly happy with the way that the model currently exists. One of YouTube’s most famous stars, Felix “PewDiePie” Kjellberg, may be looking to start his own network with friends, and has been vocal about his dissatisfaction with Maker Studios. We wrote just yesterday about how artists are flocking to startup social media site Tsu, “Facebook’s creative cousin,” where they are actually getting paid for the content they post. The site launched in October and has already surpassed 2 million users, gaining popularity among big names, upcoming musicians, and other artists thanks to the site’s profit sharing model. The landscape is clearly ripe for someone to make a change.

Vessel’s appeal begins to become more clear when they list the number of YouTube stars that have already made a move to Vessel: Brittani Louise Taylor, Connor Franta, Nerdist Industries, Jimmy Tatro, Tanya Burr, Roman Atwood, Arden Rose, and Jack Vale, among others. But it’s not just YouTubers— Vessel has music agreements signed with Warner & Sony music groups, and Alec Baldwin has a show on the site. Kilar tells us, “Anybody who has a passionate following and is ambitious about what they are doing should be on Vessel.” If Vessel’s “watch your favorites here first” model catches on, and it proves truly profitable for the artists and talent feeling dissatisfied posting their content elsewhere, this could be a huge shift in the video marketplace. As the competition heats up around YouTube, they’re taking steps to ensure that their now-lucrative digital stars keep their content on the site and offering some of its top video makers bonuses to sign multiyear deals that guarantee they will post their videos on YouTube exclusively before posting them on rival networks. Change is in the air.

What It Means For Brands: While entertainment brands should clearly be aware of the shake-up that Vessel could be spearheading, other brands should also have the platform, and others like it, on their radar. We mentioned that 70% of the ad revenue on Vessel goes back to the creators, but it’s important to note that those ads don’t look like they do on other platforms. Vessel has no banners, and no skyscrapers, because as Kilar says, they “don’t want advertising to be unloved anymore.” Instead, while scrolling through the platform, brand “motion posters” are scattered throughout feeds. These motion posters resemble cinemagraphs, and Vessel has worked directly with brands to make sure they are attractive, and that users might want to stop and interact with them—though they don’t have to. The approach, according to Vessel’s testing, leads to high recall and high favorability. Kilar explains that the ads against video are shorter than anywhere else, mostly five seconds, because they “don’t want it to be a tax, that doesn’t help the marketer or the consumer.” This approach could be majorly appealing to young consumers who tune out or skip over any commercial that they can.

The Epic Year For Online Video: At the end of our preview tour, Kilar tells us, “It’s missing the point to think of it as Vessel versus YouTube. Think of it more as HBO and movie theatres, they coexist. We will serve but one part among many in serving creators and consumers. In the same way that film and television evolved, the same will happen with online video. Facebook and Twitter’s native video players will be a seachange for creators in terms of what they have historically done with their video content. 2015 is going to be an epic year for online video.” We have to agree.