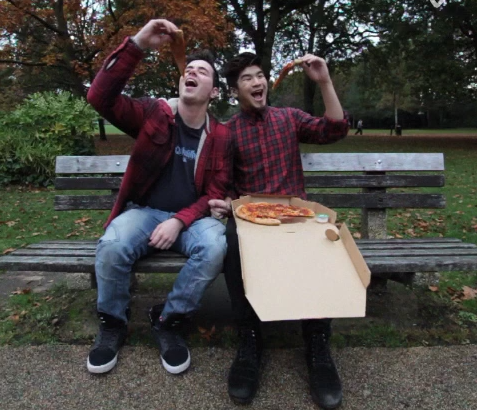 Digital celebs have more sway over young consumers than traditional Hollywood stars. We’ve entered a new era, and the definition of celebrity spokespeople is shifting. Here are three brands putting digital celebrities in the spotlight via bite-sized marketing.

The five most popular celebrities among 13-18-year-olds are YouTube stars, making digital personalities more influential with teens than TV or film stars. The stars of YouTube are seen as more engaging, extraordinary and relatable than mainstream stars by these young consumers. It’s the “authentic” and friend-like relationships that this audience feels they have with online talent, and their unpolished personas, that are making them more popular than ever. These days “any company that has money is approaching YouTubers” and new digital talent agencies are snapping up top online stars left and right.

The rising popularity of digital stars runs parallel to the increasing popularity of video networks. Our social media trend tracker shows that as of March 2014, YouTube has become the number one platform for teens, with 88% telling us they have an account on the video site, compared to 84% who say they have an account on Facebook. Meanwhile, in August 2013, only 14% of Millennials had an account on Vine and 19% of 14-17-year-olds were on the app. Jump to Sept 2014 and we see 24% of Millennials ages 14-32 holding an account. The app is even more successful with teens: 31% of 13-17-year-olds tell us they have a Vine account. Males are also more inclined to engage with video content, using YouTube more than females and surpassing them in Vine use between March and June of this year.

All of this makes Vine and YouTube extremely attractive to brands. We’ve seen companies figure out ways to integrate themselves into Vine despite the platform’s ad-free status, and YouTube talent is being embraced by traditional entertainment. In the wake of this shift, the definition of celebrity spokesperson is shifting. Brands are tapping into the creative natures of these self-made young stars and finding new ways to put them in the marketing spotlight in the hopes that their influence will help to give a boost to new entertainment, products, and campaigns. 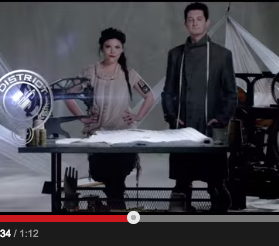 The Hunger Games: Mockingjay – Part 1 will be in theaters this month, and as with the previous films, Lionsgate is going far beyond trailers to draw in viewers, build buzz for the next installment of Katniss’ adventures, and make the world of the film come to life outside the movies. For Mockingjay, seven popular YouTube creators were asked to participate in the unique online series District Voices, a show wherein each episode featured a skill that aligns with the industries of the districts of Panem. For example, Rob Czar & Corinne Leigh of the Threadbanger channel starred in the District 8 episode showing how to make use of excess Peacekeeper armor, and Jimmy Wong and Ashley Adams of Feast of Fiction showed the baking techniques used in Panem’s District 9. The series was promoted and shot as if it were being presented by CapitolTV, the official government station from The Hunger Games. According to Google, which partnered with the film studio to create the series, “the creators who participated in District Voices have a combined base of over 4.9 million subscribers and more than 550 million video views,” and they hoped to harness the power of those audiences to promote the movie in a new way. 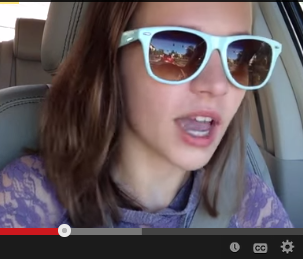 Beyond the Driving Test
Driving safety is an important issue, but not really a glamorous one. Many campaigns have attempted to inspire teen interaction for safe driving PSA’s but have been met with lackluster response, so Michelin is giving their hashtag #safedrivers some “klout” by revving up its social presence. YouTube stars like Brent Rivera and Jack and Jack have begun posting sponsored content covering tire maintenance and young driver mistakes that could teach teens something they may not have been paying attention to in the classroom, but will surely see on their feeds. 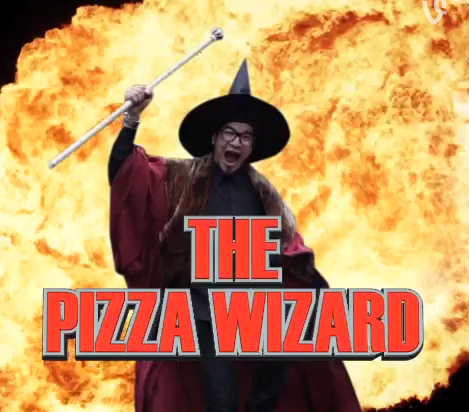 Vine is a community full of young comedic talent, and co-creating content is one major way to tap into their creativity and influence—but it can be difficult for some brands to hand their product over and trust that their sometimes-weird approach will be the right one. Domino’s Pizza in the UK is taking the plunge, creating a monthly series on Vine featuring Vine stars Huw Samuel and Leslie Wai, who have a combined following of over 120,000, in order to reach young consumers. The series will feature Samuel and Wai on a quest to get Domino’s, with their cravings for pizza thwarted by strange obstacles along the way. The first clip, “The Pizza Wizard,” has the duo facing off with, you guessed it, a pizza-stealing wizard. It launched on October 29th and has so far been looped over 89,000 times. Domino’s UK’s own site goes to lengths explaining the content in a post, which is a bit contrary to the purpose of Vine (telling a story visually, quickly, and cleverly) but the fact that the Vine stars are sharing the content on their own feeds as well could help make it a success.