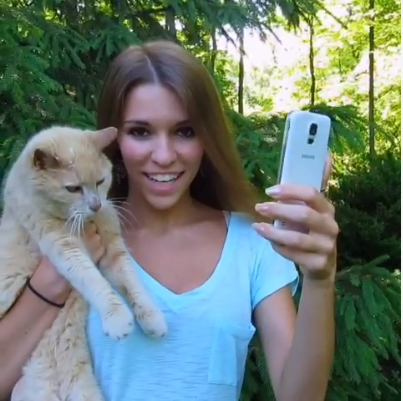 We have seen marketing make its rounds on social media, and now Vine has become a vital source of engagement for creatively inspired brands.

Vine is a unique network: its community is (so far) smaller than those on other platforms, but users are extremely engaged and our tracked social media trends show impressive and stead growth since the launch. In August 2013, only 14% of Millennials were using Vine and 19% of 13-17-year-olds were on the app. Jump one year later to June 2014 and we see 22% of Millennials ages 13-32 using it. The app is even more successful with teens: a whopping 40% of 13-17-year-olds tell us they use it. Meanwhile, though we often see females outpacing males in activity on image-heavy networks like Facebook, Instagram, and Pinterest, but an our tracked trends show that males are more inclined to engage with video content, using YouTube more than females and surging past them in Vine use between March and June of this year. All of which makes Vine extremely attractive to brands, who are figuring out ways to integrate themselves into the app to capture the young, engaged, majority male users who are often hard to reach.

What makes a product marketing video stand out to users on Vine is its ability to fit seamlessly into their feeds, and be viewed as another piece of funny or inventive content that just so happens to have come from a brand. Guys also make up the majority of Vine stars, and this group is actively participating in branded partnerships. Their skill at coming up with catchy song hooks, playing up teenage stereotypes for laughs, creating “Vine magic” effects, and their general goofiness is what appeals to viewers and changes the marketing game, turning products into props instead of the centerpiece of the message.

This means timing is everything. Posting something that is out of tune with online conversation couldn’t be more obvious for active users. While constant output of creative material is what users expect from top talent, brands are held to a less rigorous schedule, allowing them to gear up for major holidays and seasons with bigger impact and higher quality campaigns. Ford teamed up with Rudy Mancuso, Nicholas Megalis, Jerome Jarre, and Ry Doon in the first quarter of the year, using social media in “unorthodox, irreverent ways to put vehicles like the Focus, Fiesta, and Escape on the radar of Millennials” before graduation and car buying season set in. Their efforts have paid off: Ford is now the number one auto brand with Millennials, seeing the largest ever increase in “first consideration” ranking. Though much of their success is owed to new product offerings, the brand wasn’t afraid to take the leap with Vine in order to connect with a new generation of car buyers by creating videos that were more about humor than mileage and specs.

This back-to-school season we see new companies emerging as key content collaborators on Vine, and technology and clothing brands—the two top spending categories for students—are integrating themselves into young users’ feeds. Here are some of the creative campaigns that are standing out on a network full of passionate young Viners.

HP is pulling out all of the tricks for back-to-school, enlisting the help of Vine’s top mobile magic talent to demonstrate the amazing bend and fold capabilities of their next generation laptop and tablet duo. The brand has been consistently posting its #BendTheRules x360 videos over the last month and Vines in collaboration with talent like Zach King, who turns his x360 into an aquarium, and Brodie Smith, who uses it as a Frisbee ramp, keep seeing views past two million loops.

Cell service provider Virgin Mobile is known for campaigns that often don’t make sense but are amusing nonetheless, and has built its social network on Vine to over 103.5K followers.  This past June the company ran a contest called the #Catsie Awards, asking users to submit cat selfies to win $100 and earn their pet the honor of Virgin Mobile #Catsie Spokescat. In addition to a Tumblr page filled with photos and silly cat speak, the brand tapped Viners Nicholas Megalis, dancer and animal lover Amymarie Gaertner, and others to show off their best #Catsie moments, each hilarious, cute, and devoid of Virgin Mobile product placement.

With a new brand culture and mindset comes new brand marketing, and AERO is looking straight to online celebrities to connect with young consumers. The brand has already supported YouTube star Bethany Mota in designing her own line of products, and is now looking to top Vine talent to showcase their new mantra—“live in the now.” Nash Grier, Carter Reynolds, and Cameron Dallas have each submitted clips from behind the scenes at Vine concerts and meet-ups using the brand’s tag, giving fans a peek at the lives that micro-celebrities are leading.

The first Vine from Hanes was posted in December 2013 as a spotlight on their charitable efforts, followed up by product-oriented videos throughout spring and summer to cash in on seasonal conversation. Now Hanes is taking a different approach by teaming up with Logan Paul (5.2 million followers) for humorous, choreographed skits wearing the Hanes X-Temp tee. As a matador, modern-day cowboy, knight, and heartbreaker, he has become the unofficial model slash spokesperson for Hanes, giving a recognizable face to the campaign and reimagining all of the scenarios that the brand’s tee can be worn without being so literal.