Why Headphones May Be the Wearables to Watch

Yes, the Apple Watch is the wearable getting all the attention this month, but innovations in the headphone market and young consumers’ tech cravings are quietly making these the wearable tech to watch.

Apple made waves a few months ago when they purchased Beats, the very popular headphone brand, for $3.2 billion. Many assumed the acquisition was an effort to get back some cool cred. While the cool factor is an added bonus, Beats also brings them a competitive streaming service and headphone dominance, hinting that Apple may be interested in expanding its product lines—in fact, some wondered if the deal was actually about wearable tech. This was before the Apple Watch announcement, but it might still be accurate—there are significant reasons that headphones, the original wearable, could actually be the wearable tech to watch.

One big reason that headphones could become an in-demand wearable tech item? Millennials already want them. Our look at back to school spending estimates found that tech is the biggest spending category for Millennials across the board, and that headphones are the top new tech item that they planned to buy/had bought, with 35% overall and 39% under 18 saying were going to purchase them before school started. African American students were even more likely to have headphones in their carts, with 54% say they planned to/had already purchased them. And it’s not just back-to-school that puts headphones in high demand: last November when we asked 14-32-year-olds about their holiday tech wishlists, headphones were the number two item they were asking for, after video games. In short: young consumers already consider headphones must-have tech, and they’re already wearing them, which means that they could have a significant advantage over those wearable devices they have to “learn” to wear—like the Apple Watch and the infamous Google Glass.

But you might be wondering how headphones can be counted in the category with these more cutting edge wearables when they’ve been around for what feels like forever, and really only perform one task. Well, that single functionality is already changing, and headphones could potentially do all the things that a wrist wearable can. In fact, according to experts, “Headphones are superior to wristbands for collecting biometric information, including blood pressure, heart rate, ECG, and core body temperature.” Watch out watches.

These devices are beginning to go beyond audio, building in new functions and features that make headphones a potential wearable competitor. Here are three to keep an eye on: 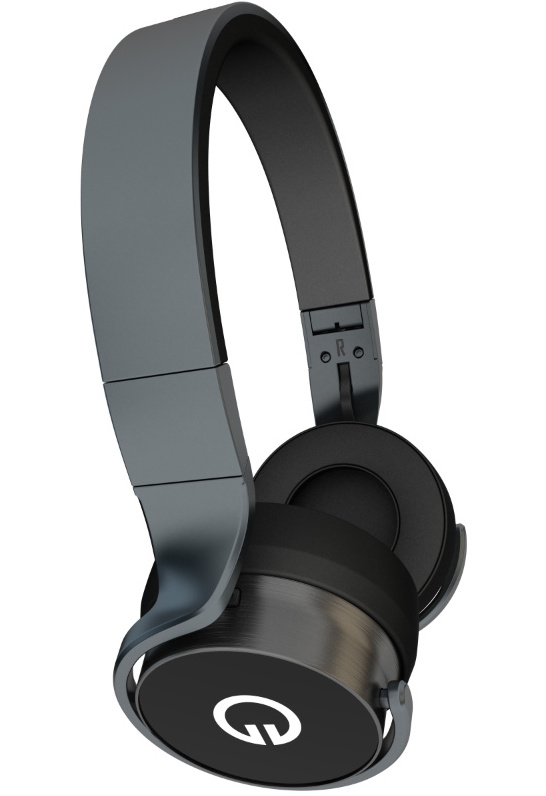 Muzik calls themselves the “world’s first smart headphones,” and they merge music listening with some of Millennials’ favorite smartphone habits. Four buttons in the right earcup let wearers control Muzik while it’s on their head. The headphone’s smartest feature right now is tweeting out or Facebook posting what’s being listed to at the press of one of those buttons, so sharing favorite tunes can be done by simply tapping an ear. They also boast an accelerometer that stops them from playing music when they’re taken off—and it’s easy to imagine that this sensitivity to motion could be used in other creative ways. Muzik opened their platform’s API last year, which is tech language for saying that now any outside developer can create apps or other functions for the device. 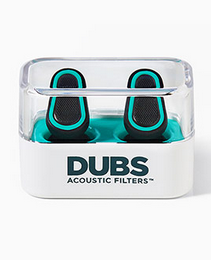 Okay, DUBS are technically not headphones—in fact, they’re not earbuds either, but are actually super high-tech earplugs. But their abilities indicate that in the future they could be much more. DUBS protect wearers from super-loud noise that can harm their hearing, but instead of just plugging it out, the devices filter sound so it is preserved, improved, and heard as it was meant to. This “reinvention of the lowly earplug” is made from quality materials, and look way cooler than the little pieces of foam that you can pick up at the drug store. Made to be worn proudly at concerts and sports events, DUBS is officially launching at the Global Citizen Festival this Saturday, where attendees will be given the chance to experience them firsthand. If DUBS uses their high-tech know-how to add functions in the future, they could also be a wearable tech player. 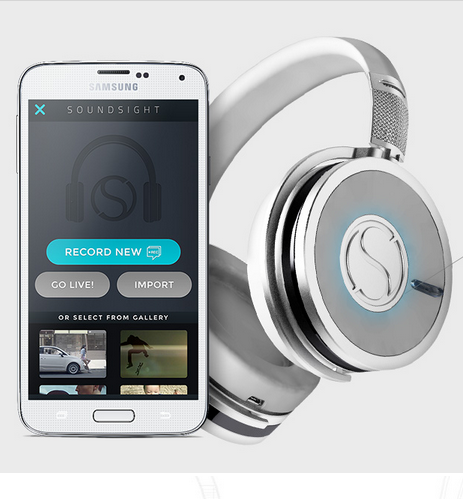 Cameras have become one of the most important functions on phones for young consumers, but what if that life-recording capability was right on their heads? SoundSight are smart headphones that include a 1080 camera that can not only capture photos, video, and audio from the wearer’s point of view but can also livestream it. All that footage can be edited in SoundSight’s app, where users can add filters and match the video color to the music. That’s not all—SoundSight also includes voice control and an accelerometer (like Muzik), and they’ve also opened themselves to third-party developers so the headphones potentially have “endless possibility.”