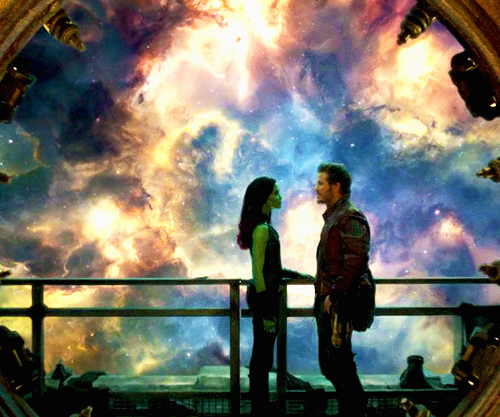 For a Marvel movie, Guardians felt under-promoted, yet incredibly hyped. The hype paid off to the tune of $94 million in U.S. opening weekend sales, the largest ever for August, and third highest for 2014.  Some have even ventured to call it the best movie Marvel has put out to date. You may be saying to yourself, “Seriously, Guardians of the Galaxy?” Yes. Guardians of the Galaxy. The movie was an excellent departure from the superhero films we are used to. It’s a feel good movie that Marvel needed, and a major win with young consumers. We’ve pulled together some of the reasons why Guardians of the Galaxy is the superhero movie Millennials deserve, and the one they want right now. 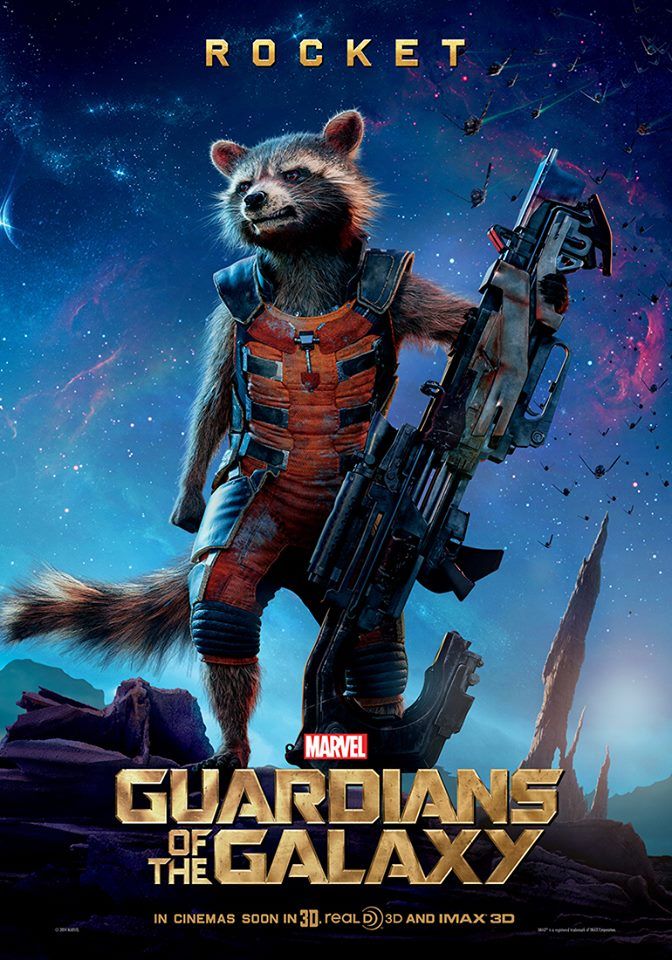 When we asked Millennials about their love of nostalgia viewing and ‘90s entertainment, one major theme we saw in their responses was that the decade’s TV shows and movies were original. You can’t say the same of many superhero films right now, and the vast number of them alone make the movies seem like repeats. While superhero movies are undoubtedly still pulling in audiences, qualitatively we’re hearing some feelings of superhero fatigue coming from Millennials. Since 2000 we’ve seen six movies staring Wolverine, five with Spider-Man, four featuring Iron Man, and three featuring the Hulk, Captain America, and Thor—with more on the way. That’s a lot of the same heroes on screen over and over. It’s not to say these movies are bad, or that future iterations of those characters will be box office busts, but rather that a change was due. Enter Guardians of the Galaxy. Yes, it’s true Guardians is in many ways another superhero movie, but it lacks the long, long mythology that so many other superhero films are burdened with, and we’ve never seen these characters on screen before. That’s a rarity. The initial buzz began with their trailer: a sarcastic Chris Pratt, deadly Zoe Saldana, IS THAT BATISTA? and a raccoon on a walking tree? What am I watching right now? It kicked-off consumer buzz and some frantic Wikipedia-ing of who they were and why there was going to be a movie about them. It all felt fresh and unexpected. Perhaps because of this, there were fewer expectations about what the movie should be, which freed up viewers to just enjoy something they’d never seen before. 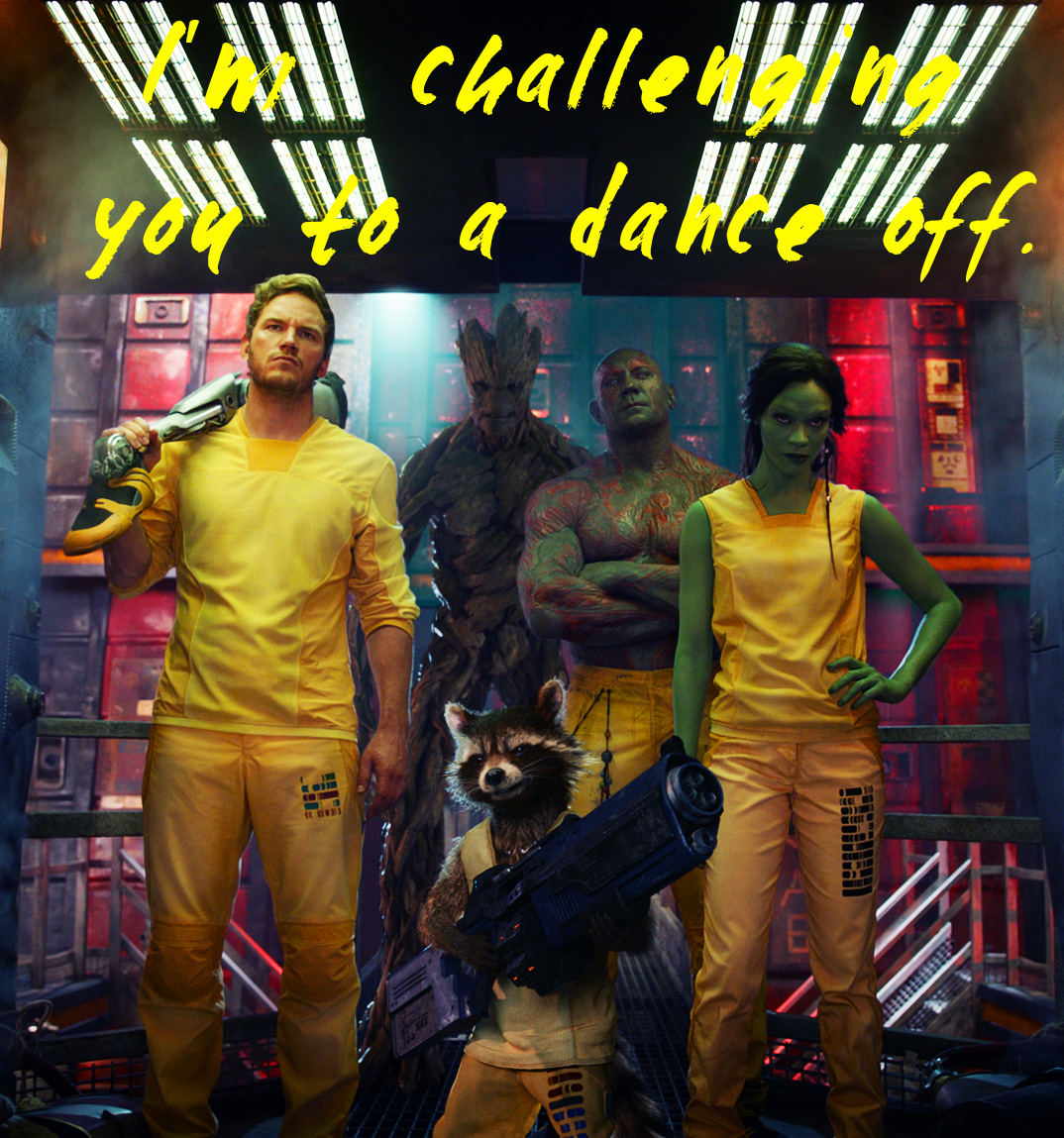 2. It Doesn’t Take Itself So Seriously:

Guardians of the Galaxy was a lighthearted, easy movie to watch, and you left the theater with little to talk about other than how great, funny, and purely entertaining it was. This is a fairly big departure from many of the superhero movies Millennials have been watching for the last decade. Take the extreme example of Christopher Nolan’s Dark Knight saga. Those are some dark and serious movies. In fact, at the time it was that darkness that made the franchise stand out, and many felt that the tone resonated with how viewers were feeling at the time. The Avengers had a different aura. While it wasn’t necessarily somber, it was epic, with lot of explosions, fight scenes, and hints of comedy throughout. But something was fundamentally different about Guardians. The movie just refused to take itself seriously (in a good way) making the entire viewing experience lighthearted. The trailer closes not with an explosion, or epic bass drums, or a guitar riff from Black Sabbath…but the 1968 classic “Hooked on a Feeling.” Throughout the movie, it seemed every moment that came close to classic superhero suspense and drama was turned on its head, and instead turned into a joke or a scene of absolute absurdity. We’ll try not to spoil anything, but when one of the big villains is challenged to a dance off, you know you’re watching a movie that isn’t afraid to laugh at itself—something that Millennial viewers have been craving.

Peter Quill, played by Chris Pratt, is an older Millennial who was ten when he was abducted by a spaceship. All he had with him at the time was his backpack and a Walkman playing an “Awesome Mix Vol. 1” cassette tape his mother made. Basically, he’s got a late ‘80s/early ’90s time capsule, and is incredibly attached to the pop culture of his childhood. Sound familiar? The film is filled with references that tug at Millennials’ nostalgic heartstrings: Troll dolls, Garbage Pail Kid cards, a mix tape that the hero is willing to risk his life for. At one point, Quill refers to an alien as a Ninja Turtle. At another, Footloose is used as a metaphor. Vanity Fair has even written about the top ten nostalgia triggers in the film. Io9 lists nostalgia as one of the reasons that watching Guardians of the Galaxy “will give you back a piece of your soul.” The ‘60s and ‘70s Boomer-era music hits that comprise the soundtrack make perfect sense, since Quill’s mom is the one who made it for him, and the whole thing echoes many Millennials’ experience with music: being introduced to classics they love thanks to their mom and dads, happily adopting their parents’ favorites as their own. What makes the nostalgia of the film especially effective is that none feel like throwaway references. Instead the hero’s nostalgia, and his childhood tokens, help drive the plot, and pull in young viewers who can relate all too well to his attachment—even though they have obviously never been space kidnapped only to become a galactic outlaw.

This may not seem like a big deal, but it shouldn’t go unsaid. Towards the end of the movie, we get to see the single cutest thing to ever occur in a comic movie. After Groot (a character who is in essence a tree) nobly risks his own life to save his comrades, he begins to re-grow in a small flowerpot. As the music kicks in for credits, we see Groot wake up and start doing a dance to the music while no one on the ship is looking. This unexpected moment has produced a flurry of internet activity. There is already an astonishing amount of fan art and press for Baby Groot. There may even be a toy in the works. We can’t under estimate the power of viral, and we would not be shocked if Baby Groot explodes as a breakout internet meme of the year.