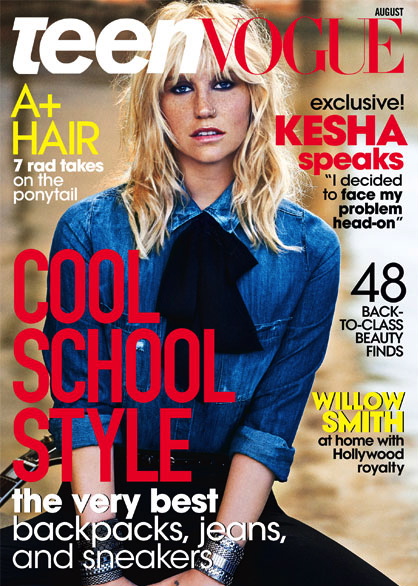 We flipped through the summer issues of Teen Vogue, NYLON Guys, and J-14 so that you don’t have to, identifying key insights on cultural controversies, music genre shifts, and who is making the biggest statement on and off the stage. Need to know what’s relevant to teens right now? Read on: 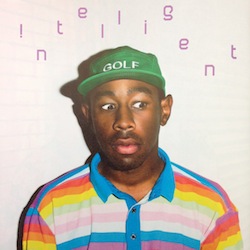 ALL IN A NAME: SELF-MADE ICON

Tyler, the Creator is exactly what his stage name describes. He originally gained recognition as a rapper and has branched out over the last five years, turning into a creative multitasker. He and his crew have their own sketch show Loiter Squad on Adult Swim, he has launched two clothing lines, Odd Future and Golf Wang, co-founded LA boutique OF, started the annual OFWGKTA Carnival which attracted over 10,000 kids last year (and boasted a surprise appearance from Kanye West), and has continued to tour and release music. What makes Tyler appealing to teens is not just his music, recently described by The Guardian as “cartoonishly offensive but infused with a base-level brilliance,” but instead his quirky, passionate, kid-like enthusiasm for going out there and being someone different. In NYLON he laments: “I don’t want these 15-year-olds to turn into insecure 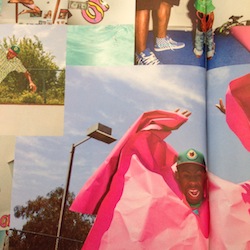 people who only want to re-blog shit on Tumblr and beg people for likes on Instagram. Go play an instrument, go hike, go jog—go do something with your life.” The 23-year-old has made the transformation from unknown to cultural empire all by way of his wildly unique ideas, and serves as an icon for kids who dream up screenplays and sketch music video shots in their notebooks as he once did. Being unapologetic is something teens admire in young artists, and their passion to support up-and-comers is only strengthened when they get back as much as they give. The OFWGKTA Carnival represents the ultimate in fan appreciation, throwing an all-out festival for the Odd Future community of kids. Teens often feel powerless to the system, so Tyler’s wise words in the monologue on the event’s splash page serve to empower young creators and send a rally cry to go full throttle on their dreams like him and his crew. 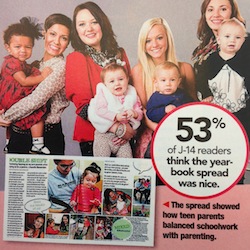 TEEN MOMS IN THE YEARBOOK

A controversy was ignited this past spring when an Arizona high school published a spread in the yearbook on their school’s teen parents. The feature was meant to show “how [the teens] balanced schoolwork with parenting,” but the concern that it condoned teen pregnancy, while also celebrating and glamorizing it, was raised. J-14 polled their readers on the yearbook dispute and found that 53% thought the yearbook spread “was nice.” Those in favor commended the feature because it recognized their fortitude in continuing with their education, but those in opposition thought the feature set a bad example like some popular reality shows these days. 16 and Pregnant and Teen Mom are both shows that Millennials have told us misrepresent their generation the most, but Teen Mom also appeared on the list of shows that they feel best represent Millennials, showing that teen pregnancy is a fact of life for a subset of the generation and something that teens cannot ignore. While opinions remain split, the slight majority vote illustrates this generation’s ability to recognize the positive outcome of being a teen parent and their acceptance towards lifestyles that don’t follow the traditionally accepted path. 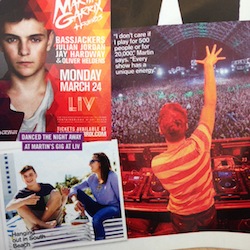 Martin Garrix is only 18-years-old, but has already played the main stage at Miami’s Ultra Music Festival, where last year he was just another rave kid in the crowd. His single “Animals” was meant as a club record but went on to flood the radio waves, putting him on the map with a wide audience of EDM listeners. Though Garrix appreciates the exposure, which has led to headlining tours and mentorship under Tiesto, he tells Teen Vogue that he’s adamant about not creating “cheesy pop records” for radio play. 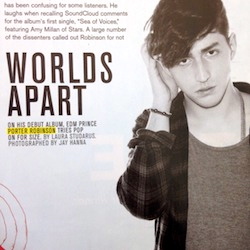 Meanwhile, 21-year-old artist Porter Robinson, who gained a name for himself as a DJ, is making a conscious leap from EDM to pop. His new album Worlds is a “big, unabashed pop album” inspired by Passion Pit and The Postal Service and a far cry from his original beat-laden dance music. The transition has pissed off some of his fans who still yearn for his original sound, but Robinson anticipated the backlash, and is using a sense of nostalgia for video game experiences to reel in new listeners to his all-encompassing sound. Though young adults are generally averse to change, remember that Millennials are becoming a genre-fluid and even “post-genre” generation, willing to support what sounds good no matter the category of music.