As top talent on YouTube breaks into the millionaire’s club, popular channels are winning new viewers and projects by remaining unique to their core audiences.

Posting videos to YouTube may have begun as a way to communicate with friends and family from college or focus on comedy as an escape from bullying, but it has ballooned into a verified career for a growing number of Millennials. PewDiePie, the most popular channel on the network with 27 million subscribers, makes $4 million a year playing video games and providing curse-laden commentary. Meanwhile, top fashion bloggers are pulling in up to $1 million a year, and their DIY advice has launched many into collaborations with established brands. Millennials trust their peers over marketers when it comes to endorsements, and who better to predict or even dictate trends in entertainment, gaming, comedy, food, fashion and more than Millennials themselves.

Making it online is undoubtedly more difficult as YouTube becomes more saturated, but talent will surface on the network for unique personalities, especially those that have stayed true to themselves from video number one. Top video bloggers don’t hide virtually anything from their followers and aren’t afraid to be vulnerable, experiment, and encourage fan input on video content. Since big subscriber numbers mean the potential for fame, we’ve identified three of the top users on the network and how each is using their unique perspective to stand out. 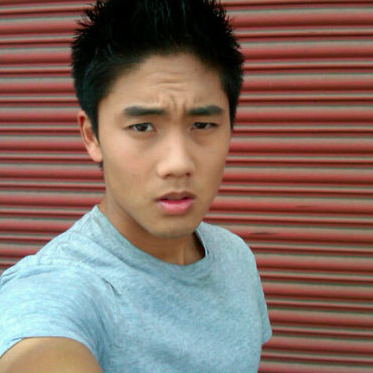 Much attention during YouTube’s promotional jaunt in the past year has been given to female beauty vloggers and English lads with boy band looks, but Ryan Higa has managed to surpass many of his peers by sheer numbers. His channel ranks in the elite of YouTube with over 12.5 million subscribers and videos consistently pull in well over 2 million views. The 24-year-old from Hawaii started out filming skits and short videos for his family back in high school, turning to comedy as a way to beat his bullies at their own game. Having joined YouTube since 2006, Higa has been able to grow with the platform, building his community of follwers—aka “Higaholics”—by cleverly answering and animating “Dear Ryan” questions, creating movie spoofs, singing song parodies, and acting out general rants about things going on in pop culture and the media. His studies in filmmaking at the University of Nevada are paying off since his movie sequences are consistently high quality and even include special effects that pull from his judo and wrestling background. Music videos, though sometimes just created for the pun, also look like legitimate productions, and fans are rarely disappointed with his comedic spin on life. Ryan has been tagged for recent work with Universal Pictures and Google, as listed on his personal website, and is also partnering with startup Victorious to launch his own mobile app for dedicated fans.

Why You Should Follow: Ryan’s subscribership on YouTube is impressive, but his ability to evolve with the platform and grow as a videographer and sketch writer is the mark of talent on the rise. Brands and external platforms are beginning to take note of his flair for combining high quality action sequences and smart comedy, and hint at what Millennial viewers are looking for in their daily entertainment. 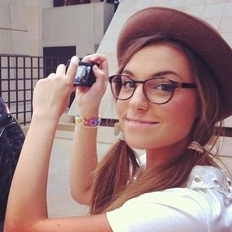 She may be the girlfriend of Swedish gamer Felix Kjellberg—creator of the most subscribed to channel on YouTube PewDiePie—but Marzia’s success as CutiePieMarzia is all her own, attracting a fan base of “Marzipans” captivated by all things girly and whimsically rose colored. Her high-pitched voice with a lilting Italian accent sounds fake at first, but viewers have quickly come to realize that nothing about Marzia is an act. She has been open and honest in her videos from the start, often mentioning her struggles with debilitating shyness and how YouTube has helped her come out of her shell. DIY fashion and beauty tips, haul videos, sessions with Felix, and confessional videos are her specialty, but her unexpected artistic talents are what set Marzia apart. For instance, she is a girly girl who also loves horror, and she has turned a few of her short horror stories into animated collaborations. She also has a flair for doll-like fashion and decided to take her styling to the next level with an adorable dress designed and modeled by her. There are many facets to Marzia, all of which dig deeper than what is portrayed by the average fashion and beauty vlogger.

Why You Should Follow: Marzia isn’t afraid to be vulnerable with her fans: in a recent video she revealed her true height and weight. Though she has all of the traditional trappings of cuteness, she is quick to remind fans that she is just as awkward as they are. Sending the message that shy and awkward is just as cool as loud and sexy is important for young females, especially since they look down on those who use sexiness as a sharing tool on social media. Instead, they are looking for honest voices among their peers who can truly relate. 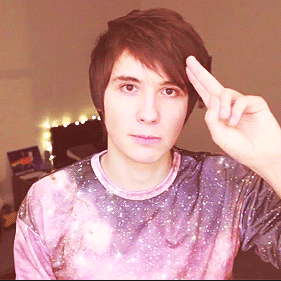 Dan Howell may claim that his channel is an “internet support group for people that hate people,” but it’s clear that this former emo kid loves his fans. Hailing from England, Dan takes a blunt, satirical, and self-deprecating tone in his videos and regularly gives his audience what they want, whether it be tag videos, reactions, dares, rants, or collaborations with his three best friends—AmazingPhil, crabstickz, and KickThePj—known collectively on YouTube as the Fantastic Foursome. Being a part of this high-powered Millennial media clique has opened up opportunities for Dan that he never imagined as an undergrad studying law. During a year off from schooling, with dreams of being an actor, Dan started taking YouTube seriously with his roommate Phil Lester of the channel AmazingPhil. Their chummy charm attracted the likes of BBC, who approached them for a guest radio spot, and in 2013, the show became a regularly scheduled program airing worldwide every Sunday on BBC Radio 1. Though Dan and Phil are both straight, they don’t shy away from “shipping” rumors and fan fiction that puts the pair in a relationship, instead teaming up for sketches and teasers. He regularly uses teen slang and vlogs about what it’s like as a Millennial these day, filling his videos with inside jokes that only true fans will catch onto.

Why You Should Follow: Dan’s presence on YouTube and radio illustrates the benefits of cross-media promotion.  He is regularly collaborating with his band of friends, and their tight-knit rise to fame filled with inside jokes and running themes is something that fans can follow-up with from video to video. Using YouTubers who have established collaborative partners on their channel can bring in more than one audience at a time, making new projects more fun for both the stars and the viewers.