Is One of These Apps the Next Big Thing? 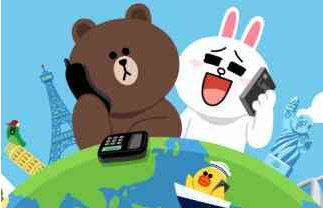 Snapchat turned down a $3 billion offer from Facebook, WhatsApp was snapped up for $19 billion, and Whisper has just raised another $36 million. Last year you had probably never heard of them, now they’re the future of social media. The increased fragmentation of platforms—from a past where only one (Facebook) ruled the roost, to the present where many wield massive influence— has made it possible for multiple platforms to be considered giants. Even with a crowded social media space, it’s now possible that another seemingly meteoric rise is just around the corner. While the growth of new popular networks can feel like it happens overnight, they of course all started as small upstarts. Here are five apps that might be largely unknown now, but could be the Next Big Thing: 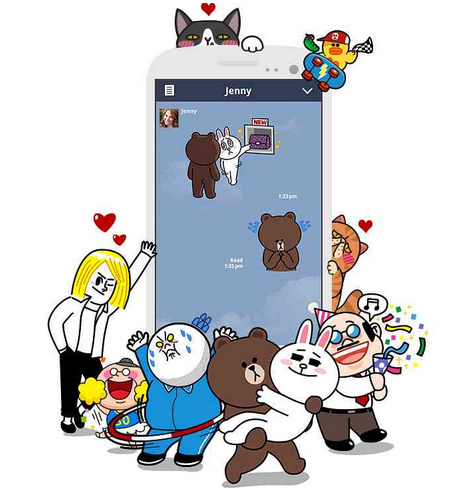 Line is a Japanese messaging app that currently has more than 450 million users—making it comparable to WhatsApp’s user base. Like WhatsApp, Line provides those users with free chat, voice, and image messaging, but major distinguishing feature is their “stickers,” basically uber-cute pictures that act as “super-emoticons” and can be purchased by users—a major way that Line makes their money. They have over 10,000 emoticons and stickers, making their messaging a much more expressive and potentially creative experience. Stickers also have potential uses in marketing, branded stickers can be created, as with the KFC Christmas stickers that was shared during the holidays. A future where branded line accounts could be used to make purchases or order up real-time experiences is reportedly part of the app’s plans. Line is considering an IPO as well a global expansion that prominently includes the U.S., where they’ve already started to target the Latino community. 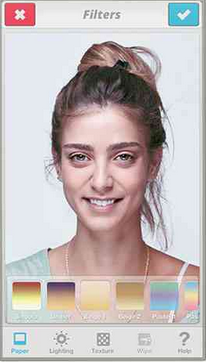 Like them or not, selfies are a major part of social media culture. They’ve been integrated into brand campaigns and viral movements, and selfies have shown their staying power as a part of Millennials’ lives. For some, they’re a way to be validated, for others they’re a statement of confidence. Either way, the ugly selfie trend aside, a person posting a selfie wants to look their best in the shot. Enter Facetune. The app is a specialized photo-editing tool, designed to make self-portraits perfect with multiple filters, blemish erasing capabilities, and “smoothing” buttons to adjust skin’s texture and make every shot post-worthy. The app, which is $2.99 to download, has gotten kudos for putting Photoshop capabilities in the palm of users hands. Apps like Facetune are popular enough that Apple recently added a Sharing Selfie section to the app store, so whether or not Facetune is the future of the category, it’s absolutely an area to keep an eye on.

You might think there isn’t room in the market for another image-sharing app, but it’s been proved in the past that the right combination of unique features and content sharability can push a new competitor to the forefront of the image-share social space. Moju’s offerings exist in the space between video and still images, using the iPhones multiple photo capture capabilities to create animated pictures that change as you twist your device. TechCrunch called the app, “Instagram for moments in motion,” and founder Mok Oh tells the site that he has found the “a new content type that is much more expressive than photos and much simpler than videos.” Moju users are already using the app’s unique features to tell visual stories that can be told as fast as a hand can turn. 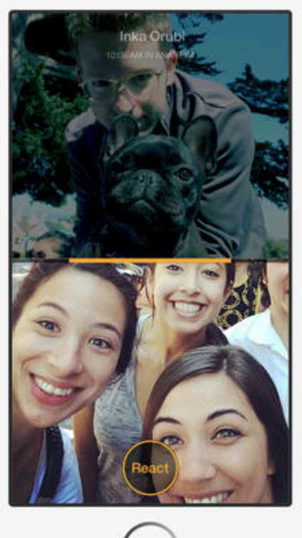 Facebook as quite the history of trying to compete with Snapchat, even in the short time that its nemesis has been on the market. In 2012 Facebook tried to create a rival app with their poorly received Poke; then last year they tried, and failed, to buy the Snapchat outright for $3 billion. Now they’re trying again. Last month, word got out that is that Mark Zuckerberg himself is overseeing the creation of Slingshot, a new video-messaging app in which missives disappear after one view. Sound familiar? Slingshot will offer some other Snapchat-esque features, like the ability to draw on pictures being sent. It also adds some new tricks: users can send reaction shots that are recorded as they read their feed, and in order to unlock new messages users must first send back their own message. This week, Facebook accidentally launched the app in several countries before pulling it from the App Store, giving many people a change to preview what it has to offer. It’s unclear whether Slingshot will be able to take down the competition, or if young users—the most essential audience to grab—will be interested in another offering from Facebook. But with all of the most famous social network’s power and tech-acumen behind it, it’s certainly one to watch. 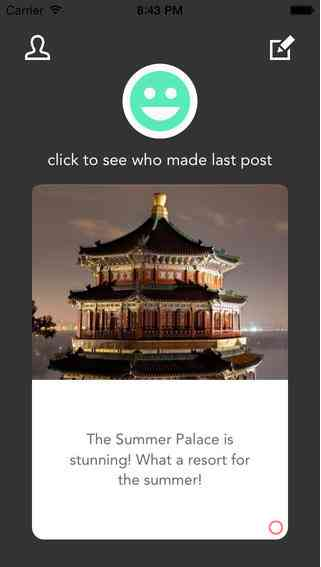 If you didn’t know who had written a tweet, would you still like it? OnStaged is going to find out. The content sharing community allows 140 text messages and images to be shared by anyone, but OnStaged does not reveal who has written a post, until after it has been read. Unlike anonymous apps like Whisper, keeping a user’s identity secret at first is not about taking away their filters. The goal of the content-first strategy is to democratize social media—a post from a famous person has no more chance of being popular than one from a regular Joe user—and to make what’s being said the most important part of the network. The source of the message is only revealed after users swipe up to like, or down to dislike, so feedback is an essential part of the network’s structure. OnStaged is taking an approach that is completely unique to the market so far, but it is only a few weeks old, so it could be some time before we see whether the tactic will make them a social media star.