Marketing to Express Yourself Visually: Q&A With We Heart It 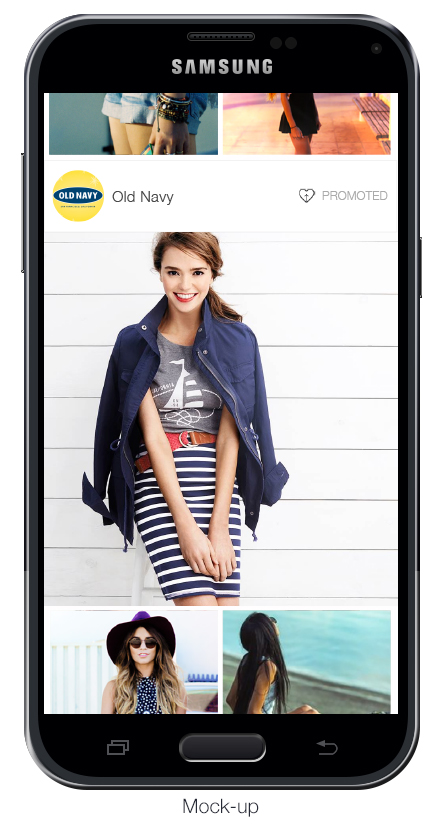 Advertising on visual platforms is being touted as the future of marketing. Yesterday we looked at the burgeoning world of snapshot marketing which is opening up visual platforms that Millennials have gravitated to in the last few years for brands to market on in new ways. The next iteration of social marketing puts brand messages into a snapshot, communicating to young consumers in the way many of them prefer—with little to no text at all. We talked to Dave Williams, President of visual sharing platform We Heart It, which has recently launched their own native ad pilot program, to find out how snapshot marketing is changing the way that brands can communicate with young consumers, how native advertising is fundamentally different from traditional advertising, and why it’s important that brands begin to “show who they are” in a visual way:

Ypulse: Tell us a little bit about why We Heart It decided to launch brand advertising, and how it’s starting out.

Dave Williams: Our program is really new, we just announced it on May 12th, and we’re running some pilot programs right now with Old Navy and Transamerica. Transamerica has a big campaign all around inspiration for life, thinking about what inspires you for your future life, and targeting young women as they’re thinking about their financial lives, so that was an interesting partner for us—they called us, but their campaign is a perfect fit for us.

We’re pretty excited about the advertiser response. From our perspective, brands have always been a really important part of We Heart It. Not brands coming in and doing things themselves, but because the platform is fundamentally about expression and inspiration, who you are and what you aspire to. Brands can represent a lot of that for users. The brands we wear or use help define who we are. Our users have been using brand imagery on the service since the beginning. If you look at brands like Starbucks or Nike or Prada, they have a big presence [on We Heart It]. And when I say big presence, I’m talking about hundreds of thousands of images of those brands that have been posted by our users, not the brands themselves. We clearly saw an opportunity to tap into that and bring brands into the service more directly.

YP: So obviously, brands can go onto We Heart It and start an account, just as you can on Instagram or Pinterest, so how is the program that you’re running now different?

DW: What happens on We Heart It is that there is a constant stream of new content coming in to the system. The “all images” feed is a constantly updated feed of things.  So one of the challenges for a brand coming in is that they want their images to show up in that feed, and be able to show it in a sustained way. So our native ads platform basically allows us to “pin” an image to the top of the page, so all the users will see those promoted images, and it will sustain over time. It’s still regular content—users can heart it, which puts it onto that user’s profile, and sends the image out to any of their followers—it’s just about making sure that content is more visible. For a brand that has a two or four-week period of time where they’re really concentrating on a particular message around their brand, it’s the perfect vehicle for that.

The other thing that’s interesting, and has gotten us a tremendous response from especially lifestyle, beauty, and fashion brands, is our mobile delivery. On mobile, the forms of advertising so far have been pretty awful—these tiny banners that show up on the bottom of our screens, app install buttons, it’s kind of crappy advertising. It certainly doesn’t work for brands. But with visual platform marketing what’s happening is full screen real estate for brands, imagery that’s beautiful, that represents their brand values. They can really have an impact in that environment, in a way that doesn’t feel annoying to the user, because it fits. For a brand like Old Navy, we’ve got a series of difference images cycling through, and we’re learning very quickly what types of images users respond to based on their hearting activity.

YP: We know that social media users can be sensitive to changes on their platforms—especially when it involves adding marketing. How have users reacted to advertising being introduced on We Heart It?

DW: So far it’s actually been really positive. I think the whole key with native advertising—which is very different from traditional advertising—is that native advertising is inherently content, particularly on a visual network. Some of the most beautiful and inspirational imagery out there is produced by brands. They have the budget, and the expertise to really produce very high-impact imagery, and we think bringing that imagery to our network is very positive. We just started running Old Navy, and their images have already been hearted thousands of times. We’re seeing follower counts start to ramp up for brands as well.

YP: It seems like visual platforms are all beginning to get into paid ads around the same time, so what would you say sets We Heart It apart when it comes to visual marketing.

DW: The big thing that sets us apart is that We Heart It has always been about inspirational imagery, and that’s our roots. It was started as a design inspiration board. The difference between us and say, an Instagram is that users are posting pictures that speak to them, that move them, that represent what they’re thinking or aspire to on We Heart It. Whereas on Instagram users are posting who they’re with, what they’re eating. That’s more about what you’re doing day to day, rather than what moves you. So for brands, We Heart It becomes a much more natural place for an ad, or a promoted image, to show up because that’s the kind of imagery users are sharing anyway. They’re not only sharing images they’ve taken themselves, they’re sharing images that represent who they are—and brands can definitely participate in a really important way in that.

Pinterest unquestionably has a huge variety of images, but the bottom line is their audience tends to be older. If you search “party” on Pinterest you’re going to get ideas for a 5-year-old’s birthday party and things like that. If you search “party” on We Heart It you’re going to get music festival imagery, or images that are more about expression than about things.

There is clearly down the line a commerce component to this, but it’s really about users coming in and discovering brands on their own, and discovering what brands stand for. That’s something that I don’t think digital has done well at all so far. You see a brand like Nike go out and do event sponsorships, or Super Bowl ads, or TV ads, and obviously the ultimate goal is to build their business and sell products, but a lot of that is also about letting people know what they stand for so consumers can self-identify with those brands. There hasn’t been a place on the internet that’s enabled that in an effective way, until the web really grew up.

DW: We hear it a little bit. For us the ROI is reflected more in the earned media and in the impact they’re having. For example, if a brand comes in and buys say 5 million promoted image impressions, and then our audience hearts those images and shares them among their followers, then it generates literally millions more impressions than the paid impressions. That’s a really successful engagement, because they’re taking their brand and their imagery and letting users share it amongst themselves in a very organic way. It’s not being forced on anybody.

I think particularly for Millennials, and younger Millennials, what we’re hearing is this is a group that is very much about discovery. It’s about finding things that resonate for them on their own, rather than things being forced on them. This is a much more organic discovery tool for users, rather than stopping their experience, and interrupting it with some ad that they probably didn’t want to see—which was the traditional way that media has worked before this.

It’s always felt to me since the beginning of online advertising that brands have not had a good place to go. It’s all been about performance marketing, and I think that for the first time, places like We Heart It are actually opening up the web to much more expression-oriented kind of marketing campaigns. It’s going to change the nature of advertising.

YP: Why do you think it’s important that brands show who they are visually, versus the older way of doing things?

DW: I think that people buy products that they identify with, particularly in certain categories like fashion, beauty, etc. Part of how you identify with a brand is the price fit, but a lot of it is, “Do I feel good using the product, or wearing this product? Does it connect with me? Do I connect with it personally?” I think that’s a really important part of the marketing mix for brands, and I don’t think there has been any effective place for it on the web until now, until visual. It’s not just products, it’s emotions, and their particular style, how they shoot photography, and how their products show up in the world. That’s a more real and authentic way for brands to tell users who they are than just a straight product shot with a price on it.