The LEGO Movie is everywhere. After an opening weekend so successful it shocked even some experts, it has continued to dominate the box office, “crushing” competition on Valentine’s Day weekend to bring its total domestic earnings to $129.1 million so far. Not bad for some little figurines. The LEGO Movie is being embraced by viewers of all ages, with Buzzfeed calling it “The Best American Animated Feature Film In Years” and Rotten Tomato users giving it an astounding five stars and 96% approval rating—a higher score than any of the Oscar Best Picture contenders this year have received. But The LEGO Movie’s “unstoppable momentum” hasn’t come from nowhere. The film being lauded as truly awesome is the biggest piece to the puzzle of its success, but these days it takes more than great reviews to drag viewers (especially young ones with tight budgets) into theatres. The pre-release marketing was “aggressive,” including an entire ITV commercial break done in LEGOs, a charming film Tumblr, and a LEGO exhibit in Times Square that opened just before opening weekend. But the LEGO-mania-marketing has not let up in the last few weeks. A consistent flow of LEGO news and content beyond your typical commercials has kept attention on the movie and continued to build positive buzz, which is a huge impetus for getting Millennials to actually buy tickets. Here are just a few of the ways that everything has been coming up LEGO, and pushing even more viewers to want to experience the movie first hand: 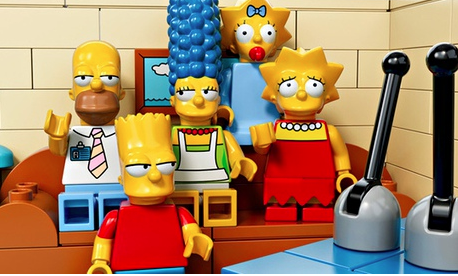 The Simpsons Get LEGO’d
The week after The LEGO Movie’s release, it was announced that an upcoming episode of The Simpsons would get the LEGO treatment. The convergence of these two huge franchises, with two huge and passionate fan-bases, got a lot of airplay and spilled ink. Details of the episode have since been released, revealing that it will air May 4th in honor of the show’s 550th episode. Called “Brick Like Me,” the show will involve Homer having to figure out why everyone has been turned into LEGO people, and find a way to return to his animated home. The LEGO episode, and the buzz around it, also serves as marketing for the recently released Simpsons LEGO set. 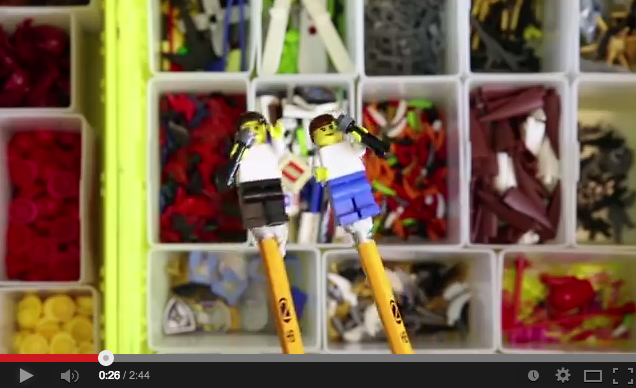 “Everything is Awesome”
Even if you have not seen the movie yet, there is a good chance you know at least the catchy chorus of the LEGO movie theme song “Everything Is Awesome.” An upbeat earworm of a jig, the track played behind trailers and commercials and embedded itself in the minds of viewers. The music video is a mix of slick looking clips from the film, and some very lo-fi video of LEGO-ized (yes, that is a verb now) singers Teagan and Sarah along with the Lonely Island guys (think figurines taped to the tops of pencils and hand drawn pictures). The video was posted just before the film’s release, and has been viewed almost 2 million times in the last two weeks, serving as an ongoing commercial for both the movie and LEGO sets, because you can’t help but think how much fun it looks to play with them as you watch the vid. 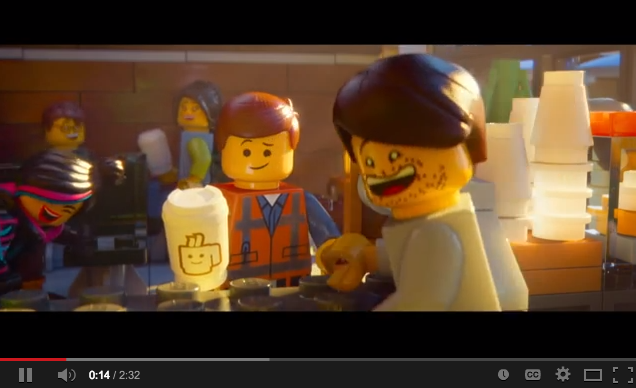 LEGO Movie Blooper Reel
The LEGO Movie Official “Bloopers” Clip was posted on YouTube February 13th, the day before its second weekend in theaters (a huge movie weekend involving both Valentine’s Day and a long weekend thanks to President’s Day) and reignited online chatter about the film. Viewed almost 4 million times since its posting, the bloopers have been called “just as funny as the actual movie.” Gags include flubbed lines, falling sets, and cast crack ups that feel so genuine you forget that these kinds of bloopers in this movie just wouldn’t be possible. 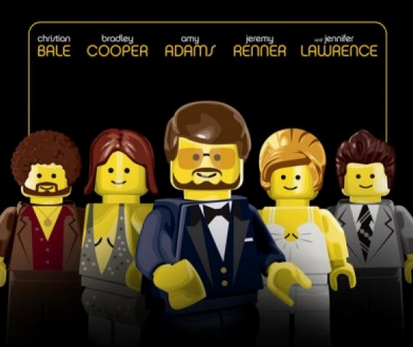 Oscar movies, LEGO-ized
A week ago, a photoset of Oscar nominated film posters began to circulate across the internet—not usually a surprising event in the weeks leading up to the Oscars, but these posters had been LEGO-ized, and so they were being shared like wildfire. Originally created for Yahoo! Movies by designer Old Red Jalopy, the poster recreations perfectly replaced the usual stars with LEGO figuring versions of themselves. This is not the first time that Oscar nominees have been given the LEGO treatment, but it is the first time that they have been created to be showcased on a site as big as Yahoo!, who posted them with the commentary: “With ‘The Lego Movie’ winning the box office and the 2014 Oscars soon hailing its victors, Yahoo Movies imagines what Lego-fied versions of the Academy’s Best Picture nominees might look like. Spoiler alert: They’re all winners.” The LEGO Movie couldn’t ask for better marketing.

Will Arnett Reads School Closings As Batman
This winter has been a record breaker in terms of weather, and some say that the cold actually might have contributed to The LEGO Movie’s success. It certainly has contributed to their marketing efforts. On February 17th, when kids across the nation were wondering if they would get yet another snow day the next morning, Will Arnett appeared on Jimmy Kimmel Live to read actual school closing announcements in the voice of his Batman character from The LEGO Movie. Wearing a cape, Arnett made a simple snow day sound exciting, and of course plugged the movie to parents watching as he did it.

North America
#GentleMinions Are Suited Up and Getting Banned on The Viral List
TL;DR:   #GentleMinions are making Rise of Gru a box office hit, and provi...
Western Europe
4 Brands Tapping TikTok to Reach Young Europeans
Having a TikTok marketing strategy is a must for brands trying to reach young Europ...
North America
TikTokers are Slapping Each Other with Tortillas on The Viral List
TL;DR: The tortilla challenge is the latest trend taking over TikTok and i...