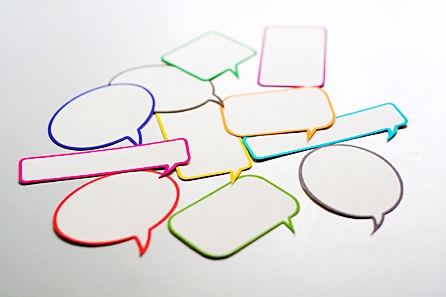 Our roundup of New Year predictions gave you a curated look at the supposed Millennial experience in 2014, but now it’s time for us to weigh in on what to expect. Looking through the Millennial lens, we see a migration from brand presence to consumer focus, where companies are finally understanding this generation’s lifestyle and views and turning them into future business practices. We have a lot to say about what 2014 might bring, but today we’ve narrowed it down to five ideas (plus a bonus!) from bigger shifts to category specific trends to watch. The Ypulse team weighed in with their own big predictions for the year to come:

1. The rise of creative disruption.
Last year, we dedicated one of our Lifeline reports to the concept of Disruptive Creativity, and its appeal for Millennial consumers. Millennials are fascinated with things that are operating out of the norm, and they’re purposefully disrupting the status quo to make a bigger cultural statement. This year, the idea of real success lying in disrupting the status quo will become more mainstream. We have already seen the success of small brands rethinking old systems in stories like Uber and Airbnb, with many of these disruptions driven by use of smart technology. Over the next year, those that proactively attack inefficiencies within current business models based on outdated production techniques will be challenging those who find themselves struggling to adapt to the new, in-demand skill set. Businesses and products with the express goal of disrupting the status quo will become the norm and will be rising to the top.
What It Means: Highlighting the ways that you are rethinking and disrupting old systems will become an important way of capturing Millennials’ attention and earning their admiration. They’re rebelling through their purchasing choices and looking to support concepts that revise and rework the outdated. Brands and companies that creatively disrupted old systems up until now caught Millennials’ attention and were seen as pioneers, but in 2014 we predict that those that do not play in this space will simply fall behind.

2. Fast fashion slow down.
Millennials’ increasing awareness of where their products come from, paired with their ever-improving financial situation and a renewed craving for quality could mean a fast fashion slow down in 2014. The price tags of low priced designer clothing (H&M, Zara, etc.) will increase slightly as customers are willing to spend a little more, become more aware of work conditions abroad, and demand better ethics in retail supply chains. Already, Forever 21 is introducing new lines that run at higher quality and price. Uniqlo, which plans aggressive U.S. expansion in the coming years, is calling itself the “anti-fast fashion chain.” With creative disruptors like Everlane and Warby Parker further altering the retail landscape for more transparency and better production models, major brands will have to understand where they fit into this value system.
What It Means: In the growing group of Millennials who want reasonable prices, high quality, and production transparency, fast fashion giants could find themselves facing a new kind of consumer—one who isn’t willing to buy throwaway clothing as willingly as before.

3. The growing cult of food.
Croissant plus doughnut equals a stroke of genius? Quite possibly. The notorious cronut was one of the biggest food stories of 2013 (Taco Bell’s Doritos items got some major time in the spotlight too) and the fervor over this hybrid pastry went beyond the usual Millennial foodie craze. We have entered the age of the food cult, and in the next year Millennials will continue to lead the way as food items, celebrity chefs, and food movements go from cultural fodder to cult status. The heightened obsession with new food items come from a generation invited into the kitchen and allowed to watch in awe, whether through a TV series or in person cooking classes, they learn the secrets behind creating wonderful food. Chefs are elevating food to an art form with unusual combinations and are gaining respect for the quality and effort put forth from Millennials, who know more about the inner workings of the food world than generations before them might have. They’re now drawn to being ‘in the know’ and finding ways to get even closer to the inner circle of food culture—waiting in line for hours to try an exclusive bite gives them the feeling of a badge of honor.
What It Means: Food is being revered for not only its deliciousness but also its technical achievements. Food innovations are capturing Millennial consumers’ attention for their reputation and exclusivity, and we foresee more food cult favorites to come. 2014 is the year of the exclusive cult of foodie creations, so if you are in the food industry, get technical, get creative and get inspiring with your creations.

4. Wearables make a real play.
Wearable tech has still been in development stages over the last year, but a look at what has been revealed at the 2014 International CES so far tells us that the market for wearable tech (that is actually being worn) is on the horizon. Intel’s product series alone spans smartwatches, fitness trackers, charging stations, and versions of headsets and earbuds that will communicate with the user in a Siri-like way. The company’s CEO says: “Wearables are not everywhere today because they aren’t yet solving real problems and they aren’t yet integrated with our lifestyles.” However, as brands use technology to focus on the consumer, they are provinding major benefits to everyday functions, especially in the health and fitness arena. Millennials are open to wearable devices, illustrated by over a third of respondents on Thumb who would be interested in a watch that could track their health and activity. Adoption of these devices would be natural as long as the human element of tech is maintained.
What It Means: We see wearable tech still in the stages of discovery, and innovation this year struggling to take hold with the consumer market. But as designs emerge more useful and more attractive as accessories, they will become more mainstream in the years to come.

5. The hunt for digital protection.
Young people are already growing more cautious about their online behavior. Their wariness about privacy, online identity, and protection will only increase in 2014 in the wake of Snapchat account breaches, and even credit incidents like Target’s holiday hacking debacle. Meanwhile, parents are much more wary of privacy as the issue has come to their attention. The rapid rise of mobile and the impending emergence of the Internet of Things are exponentially increasing the number of “privacy moments” that we face daily. Large, trusted brands could seek to develop experiences and environments where data and information privacy is assumed and protected. In the coming year, we could see larger companies focus more on ensuring the digital safely of their consumers, and young consumers seeking out those who promise protection. Flash forward a few years, and big brands could spend less money on real estate (physical convenience) and more money on guaranteeing online safety (digital convenience).
What It Means: It is not only important to make the digital safety of your consumers a major priority but it is also critical to tell the story and provide the proof. Millennial consumers in particular are going to be looking for safety and privacy assurances and tools from the brands they frequent.

And our bonus prediction!
6. The end of Millennial stereotypes.
Starting an article about Millennials with the words, “They’re lazy, entitled, selfish, and narcissistic,” has become a cliché in the generational insight world. 2013 seemed to be the year of the Millennial trend piece, but sadly too many of those pieces relied on the same old ideas about Millennials that have been rehashed for years. In the first week of 2014, a Google Chrome extension was introduced that changes the word “Millennials” to the phrase “those pesky whipper-snappers.” Clearly the world, and Millennials themselves, are growing tired of the stereotypes. Luckily a new year means a new start, and this year we foresee the death of the Millennial trope. Not because people are tired of talking about Millennials, but because Millennials are starting to combat those tired stereotypes and the conversation is about to turn.
What It Means: It’s time to drop those tired stereotypes and start talking about Millennials in a real way—they aren’t a clustering of clichés, but a consumer group that is ever growing and changing. Knowing who they really are right now is vital in getting them to pay attention to you—and ignoring them could mean that you are left in the dust.