Trends to Watch in 2014: The Prediction Roundup 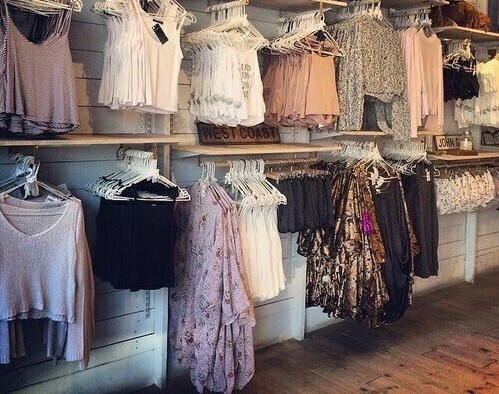 With the end of every year comes a slew of predictions for the year to come. We’ll be giving our own ideas on what 2014 will bring later this week, but on the eve of the new year, we’ve scoured the internet to provide you with a thorough prediction roundup for the trends that will matter in the world of Millennials, and those that may be spurred by them. Here’s a Ypulse curated look at what experts and some of our trusted sources are saying will be big in entertainment, tech, and more for the 365 days to come.

The rise of video will continue.
Following the trajectory of Millennials’ preoccupation with visual communication, the rise of video sharing app Vine and the adoption of video features on other social networks like Instagram and Snapchat, it only makes sense that video sharing will only continue to rise in influence in 2014.

Fashion branding may be back, but it’s all about subtle slogans.
We’ve seen Millennials shy away from head to toe branding and logo display over the last five years, and in-the-know brands follow their lead by toning down the use of clothing and accessories as walking billboards. Those brands who haven’t managed to keep up have struggled. 2014 may see a slight return of branding, but don’t expect it to return to the full logo worship of pre-recession days. These logos are only recognizable to those in the know, and are all about subtle slogans, not designer names.

All eyes on the Y.A. adaptations.
As far as movies go, 2014 will be bringing some majorly loved books to the big screen, including Gillian Flynn’s dark and popular Gone Girl. But all eyes will be on some of the big Y.A. adaptations that will be making their way into theatres. Divergent is facing heavy pressure to be the next Hunger Games and live up to fans’ expectations, and The Fault in Our Stars could be the tearjerker of the year. Finally, Louis Lowry’s The Giver has a real shot at being a hit thanks to the legion of Millennials who read and loved it as kids.

Gaming will be sharing.
2013 saw the introduction of two major gaming consoles, so gaming trends in 2014 will be decidedly less new-product driven. But that doesn’t mean nothing will change. Mashable’s six gaming trends to watch in 2014 include an increased use of the second screen, with companion apps and the like being used more often by game developers. But the most interesting prediction might be their last: a forecast for increased sharing and social in the gaming world. Sharing gameplay to YouTube is already a major trend for many gamers, and it could continue to grow and become more mainstream in the coming year.

Mobile has won, so mobile will have to improve.
Google’s executive chairman Eric Schmidt has declared that mobile has officially won the tech battle, with more tablets and smartphones being sold than personal computers. With this growing audience, in 2014 applications will need to be “next generation,” mobile gaming will continue its major rise, and second screens will be integrated more consistently not only into entertainment but also in retail, dining, and other areas.