The Whys Behind Festival Fashion 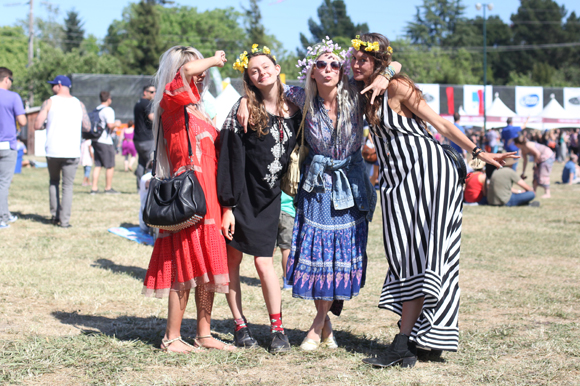 The summer music festival season has begun, with Millennials poring over their newsfeeds in anticipation of the festivities. It’s debatable as to whether these events are still about the music, or have instead become an avenue for Millennials to see and be seen. Festivals have grown from a music outlet to a snapshot of youth culture. Nowhere is this more evident than with the unique rules at play when it comes to festival fashion. Festival wear is distinctly different, as girls flock to outdoor venues draped in Grecian-inspired maxi dresses, flower-crown headpieces, face paint, day-glo crop tops, and daisy duke jean shorts. When teens are seen dressed in neon spandex from head to toe in the NYC subway, it is clear that they are probably headed to the Electric Daisy Carnival. But despite the fact that the media will use photos of Millennials in Coachella garb to represent the everyday youth population, Millennials obviously aren’t wearing the full-on festival ensembles in their daily lives. Today we’re looking closer at the difference between festival and street fashion to figure out what it all means to Millennials.

Late teen and twenty-something Millennials have reached the age of self-discovery at a difficult time. Many college grads have moved back home and are finding it difficult to secure full-time employment in today’s saturated job market, leaving them in limbo between independence and the inability to support themselves financially. Music and fashion have always provided the ultimate escape from the stresses of daily life, and now more than ever Millennials need this escape. For them, festivals have become an escapist showcase, a creative display far outside the realm of normal life. Whether for a couple of hours or several days, festivals allow attendees to step into a dreamscape where cultures collide, and what you wear is as much about removing yourself from the stresses and norms of daily life as it is about unique expression.

Celebrated blogger Leandra Medine, who writes under the moniker “The Man Repeller,” commented recently on the Coachella fashion scene. In an article titled “Playing Dress Up” she relates the music festival to Halloween, acknowledging that dressing up allows indulgences in a different personality. She suggests that the magic of Coachella lies in its lack of societal conformities, breaking the rules of fashion and embracing the combination of trends that would not normally be seen everyday. 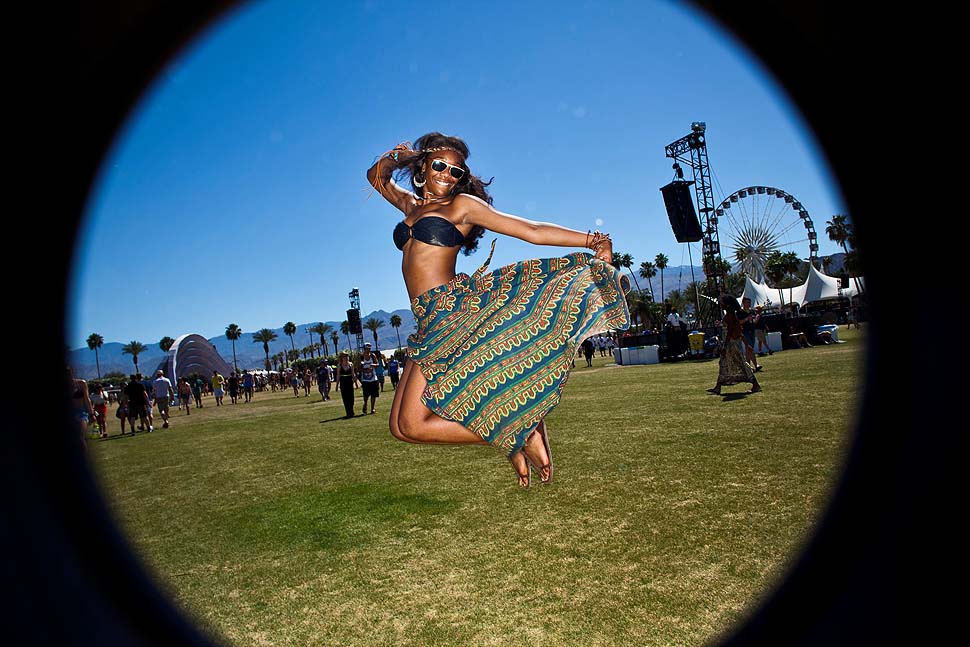 Part of the escape comes from the fact that festival fashion allows attendees to break those rules and make wild sartorial choices without fear of judgment. On a daily basis, while one or two ‘90s inspired pieces are socially acceptable, stepping out of the house looking like Will Smith in the Fresh Prince of Bel-Air will have people staring, and teasing. Festival fashion has become a separate arena from street wear perhaps to express freedom from that judgment in a tangible and concrete way. And of course, shredded, shear, and barely-there cut-out clothing are embraced by festival-goers, but aren’t practical for attending class, going to work, or shopping in the grocery store.

Some brands have already figured out how to tap into the dress-up, escapist festival market. The Forever 21 “Festival Capsule Collection” illustrates just that, and festival clothing lines are now also featured at Free People, H&M, and American Eagle; with blog and editorial features dedicated to festival attire. A recent collaboration between ASOS and Nylon Magazine touts rules for this year’s most popular festival clothing trends, simultaneously educating and styling their consumers.

This summer in parks and tailgates across the nation, expect to see festival-attending Millennials dressed in wild mash-ups of trends, decades, and over-the-top styles—but just for the day. For the same reason that most people do not indulge in a decadent slice of cheesecake every day, they are also not constantly indulging in certain trends, but instead using them as a way to escape and elevate from daily life in a judgment-free zone. Festival fashions help to separate the wild and crazy experiences of youth from the pressures and humdrum of daily life.