The Super Bowl Ads That Won With Millennials 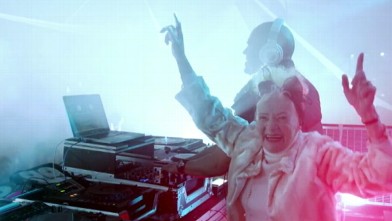 The Baltimore Ravens may have won the Super Bowl, but there were other winners last night…the top ads of course! Take a look at the commercials below that resonated with young viewers thanks to their smart and creative punch lines, as well as their emotional narratives.

Everyone loves an underdog and this commercial lets a bullied boy shine. After his peers tell him that he can’t play with them until he has a team, he’s determined to form one. With the help of his mom and their trusty Hyundai, he rounds up some fierce friends to play football. The ad is relatable – everyone’s been put down or told they can’t do something before – but that only drives them to prove others wrong. Plus, Millennials have grown up with their parents’ support and encouragement that they can do anything, so this ad accurately captures familiar sentiments. Combine this storyline with some motivating music and comical kids and you get a cute and encouraging commercial that makes others want to support Hyundai’s team too!

While most companies focus on creating comical and creative ads that shock viewers or leave them laughing, Budweiser took a different approach and tugged at people’s heartstrings. A horse breeder raises a foal (who fans can help name on Twitter using the hashtag #clydesdales) to become a Clydesdale horse. He forms a close bond with the horse and sadly says goodbye when Budweiser comes to pick it up. Fast-forward and the breeder goes to see the horse as part of the Clydesdale fleet. In a tear-jerking moment, the horse breaks free to embrace its former owner as Fleetwood Mac’s “Landslide” plays. This ad appeals to people of all ages as they can form an emotional connection with the brand. The foal is Budweiser’s newest addition and Millennials in particular appreciate the opportunity to learn the story of the brand and be a part of it in naming the horse. They also want to know that they can trust brands and this ad helps them build a relationship with Budweiser. It even became the third most-shared ad of all time because viewers felt so moved by it!

Audi’s Super Bowl ad addresses a universal experience – prom – and provides a clever storyline that resonates with viewers. A dateless guy is off to prom and becomes brave when his dad gives him the keys to his Audi S6. He’s suddenly bold enough to park in the principal’s spot and kiss the Prom Queen. The tone of the ad is reminiscent of a John Hughes movie and makes viewers feel both sentimental and inspired to be brave themselves. Prior to the Super Bowl, the ad appeared on YouTube with three possible endings that fans were encouraged to vote on. In the winning ending, the guy gets punched by the Prom King, but happily drives off in the Audi with a black eye. His actions were worth it since he had an epic night and the car provided him with courage to take a chance.

Tide’s Super Bowl ad generated tremendous buzz and proved to be spot-on in reaching viewers. A 49ers fan spills salsa on his jersey during the game, which miraculously looks exactly like the face of famous quarterback Joe Montana. He considers it to be a huge blessing and becomes a celebrity in his own right who fans and reporters flock to. The jersey becomes a shrine, but then in a funny twist, his wife washes the jersey and we learn that she’s a Ravens fan. It is topical in addressing the two teams, and has a fun, competitive tone that evokes the spirit of the Super Bowl.

Doritos once again held its Crash the Super Bowl contest, calling on fans to submit ideas for ads. “Goat 4 Sale” was one of the two finalists and in this hilarious commercial, a Dorito-loving man buys a goat who clearly likes Doritos too. All is great until the goat becomes addicted to the chips, the owner hides them, and then the goat attacks. The ad is a favorite among Millennials because the plot is crazy and takes a dark but funny turn. It taps into the familiar feeling of wanting to keep snacks for yourself, but highlights this in an unexpected way.

M&M wins again with a funny ad that has Millennials in mind. This time, a woman – “Glee’s” Naya Rivera – and the Red M&M have a relationship. He’d do anything for her, as the comical commercial shows and as he conveys in singing Meat Loaf’s “I’d Do Anything For Love”, but things aren’t so sweet when he realizes that she wants to eat him. It’s an unexpected twist, but the smart storyline and classic song leave viewers buzzing about the beloved candy brand.

“We Are Young” by Fun. is a Millennial anthem, but in this clever ad, Taco Bell uses the Spanish version of the song and shows how anyone, even the elderly, can act youthful and have a good time. In the spot, old people sneak out from a retirement home, dance at a club, get tattoos, and of course, eat at Taco Bell. The hilarious ad is shocking but awesome and certainly evokes the brand’s motto to “Live Mas”. While it comments on Millennials’ behavior, it does so in an entertaining way that they can appreciate since it celebrates being young-at-heart.

Samsung: “The Next Big Thing”

Millennials want to be entertained and this commercial stands out since it’s an ad within an ad that also serves as a self-parody. It has all the makings for success, including big name stars (Seth Rogen, Paul Rudd, and LeBron James), a humorous tone, and witty writing. But most of all, it’s self-aware in addressing how these qualities, as well as crowdsourcing, talking babies, and Asian rappers, can make an ad successful. It pokes fun at the other Super Bowl ads in addition to itself, which gives it a cool factor.