What I Discovered About Religion: A Millennial’s Perspective 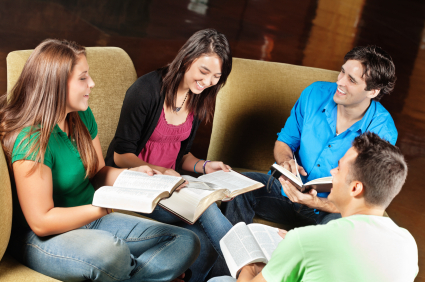 We often hear how young people aren’t interested in religion and far fewer Millennials practice a religion than the generations before them. This may be the case since one-third of under 30-year-olds aren’t affiliated with a religion, however, many Millennials still have a spiritual connection and believe in God. Some may be hesitant to participate in organized religion or to do so actively, but many Millennials still seek to have a spiritual identity and are finding ways to do so that meet their needs.

One of our Youth Advisory Board members, Laura Edelman, discusses this subject below as she wasn’t sure how to practice religion in college without it being a huge commitment. However, by taking an extra-curricular religion class aimed at secular Jewish students, she discovered a way to get involved and feel more connected to religion in a way that worked for her.

What I Discovered About Religion: A Millennial’s Perspective

Practicing religion in college can sometimes be difficult, especially for students like me who did not attend a religious school or do not consistently observe religious occasions. As a Jewish student, I initially found involvement in college intimidating because groups like Hillel and Chabad tend to be dominated by more observant Jews who make practicing Judaism a central focus of their daily lives. Despite joining the Jewish sorority and making close Jewish friends who were active in these groups, I was reluctant to increase my Jewish involvement on campus for fear I wouldn’t fit in.

This past semester, however, I found a way to get involved with the religious community that was just the right speed for me. My friend was the recruitment coordinator for an extra-curricular class called Sinai Scholars, which catered to secular Jewish students interested in learning more about Judaism and Jewish philosophy through a study of the Ten Commandments. The class met once a week for two hours for eight weeks, which included dinner, and also consisted of a daylong field trip and a Sabbath lunch. Participants didn’t receive academic credit, but they would receive a stipend for attending the class and writing a paper once the classes ended. I was reluctant to sign up when my friend asked me because of the time commitment and extra work I would have to take on at the end of the semester, but ultimately it seemed worth it to join. I would get to have dinner and discuss interesting topics with other kids like myself, make some new friends, and get paid for doing it! I did it, and it ended up being one of the highlights of my semester!

On the first day of class, I met the other participants who I came to realize all wanted the same thing from the course: an opportunity to engage with Jewish ideas in a comfortable place. Many people, like me, had been involved with youth groups, Jewish camps, or observed certain holidays or traditions with their families, but once they got to college, they weren’t sure how to make religion a practical part of their normal routine. The Chabad rabbi who led the course was sympathetic to our situation, having been a secular Jew like us when he was growing up. He had us jump right into the material, and every week we discussed topics like marriage, relationships, money, honesty, murder, and divinity, and how to consider them in a Jewish perspective in our present lives.

Although everyone in the class had their own views on religion, I think everyone could agree that the class opened our eyes and gave us new perspectives on how we could make religion a greater part of our lives at school. Some of the big ideas we came away with were to make time to rest, appreciate our families more, avoid making money our idols, recognize why it is fundamentally bad to lie, and understand why every person is equal and important. Ultimately, we learned how understanding God is at the base of all these ideas. There was certainly a lot of debates and questioning as we discussed these topics, and not everyone felt the need to “drink the punch” so to speak, but we were all in a safe space to discuss these ideas and at least understand the reasoning behind big ideas in Jewish thought, and decide how we wanted to use or reject what we were learning.

Personally, I came away with a renewed vigor for my religion. Even though I think I will always be secular, I was reminded of why I’m glad to be Jewish and why I want to live a more philosophically and spiritually Jewish lifestyle going forward. In the bigger picture though, this class inspired me to get involved with religion in other ways at school. I am now attending occasional weekly Jewish cooking classes at the Chabad house, I am making the effort to go to Sabbath dinners with friends, and I am taking advantage of other fun Jewish related activities as they come up that appeal to me that allow me to spend time with other Jewish kids, do something fun, and learn something new. I also got to establish a relationship with the rabbi who led the class, compelling me to go on an Israel trip with him in the next year. All of these different outlets provide me with the opportunity to get more involved in the Jewish community, which I’ve decided is my favorite aspect of my religion. So, although there were other incentives to take on this extra-curricular religion class, the course opened an important door and helped me to grow as a student and a person. I would encourage anyone who has a curiosity to learn and discuss heavy topics in a casual, non-academic forum, to take an opportunity like this. You never know what you will discover about yourself regardless of your commitment to a religion!

Laura is a sophomore at NYU planning on studying Art History. Originally from Baltimore, MD, Laura is loving the city and is constantly pursuing her ideal “Sex and the City” lifestyle of shoes, girls nights with her sorority, visits to museums, attending Broadway shows (she recently met Miranda), eating exotic meals…and shoes. Though she’s partial to topics on fashion and art, Laura always has an opinion and wants it to be heard. She wants to make a difference in the world through her writing, volunteering, and hopefully curatorial work, so she hopes her readers come away with a little something!