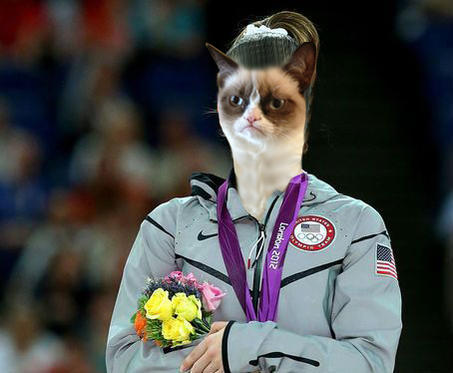 In case you haven’t noticed, memes have taken over among Millennials. From Grumpy Cat to Drunk Baby, teens, twentysomethings, and older adults alike are sharing these pictures with their network of friends. Young people view them as a way to communicate and Mashable even says that meme culture is the new rock and roll. Memes capture aspects of culture and often represent a shared experience. They’re even making their way offline with Nyan Cat inspiring a recent pop-up store in NYC. If you want to understand Millennials, you need to speak their language; one of our Youth Advisory Board members describes this below and highlights why memes are so popular among Gen Y.

Every time I log onto Facebook, Pinterest or Tumblr, memes are all over my screen. Memes have exploded in popularity in the past year. They are an entertaining and convenient way to share an experience with others.

The image on a meme immediately puts it in context. If you see an Awkward Penguin, you know it’s about an uncomfortable experience. If it’s the Lazy College Senior meme, someone is clearly ready for a break from classes. Most memes contain just one or two lines of text so they get the message across quickly and easily. You click on one that a friend posted thinking, “I’ll just look at it for a second”, and before you know it, you’ve looked through every Lame Pun Coon posted. Since they don’t require much thought, they are perfect to look through when you’re multitasking. You can scroll through them while you’re watching a TV show, or while you’re working on a paper.

You can also make your own memes. Just find a picture of your friend, and write in something that he or she typically says or does, a bad joke they told — anything really. It’ll be a hit among your mutual friends. Websites like quickmeme.com or memegenerator.com let you make memes and they require minimal effort. And once you’re done, they get posted on the website for the entire world to see.

Most importantly, memes make you feel connected to everyone on the internet in some way, whether it’s through a shared experience, a similar sense of humor, or something else. Before a meme makes it onto your news feed, someone had to create it. Then, enough people had to share it that someone you know saw it, and enjoyed it enough to share it again. So when you find that meme about waving to someone who doesn’t wave back, you can take comfort in the fact that it happens to people other than you, too.

Medha is a junior at the College of William & Mary, where she studies Neuroscience. She is interested in social perceptions and interpersonal and intergroup interactions. In her spare time, she frequents art museums and eateries, and watches an unhealthy amount of television.