Q&A With Austin Mahone On Being The Next Big Teen Star, Rising To Fame From YouTube & His Show On Awesomeness TV 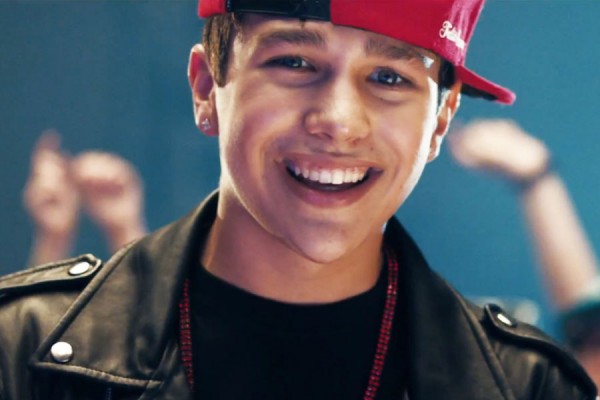 Watch out for Austin Mahone! The sixteen-year-old pop singer who shot to fame after recording covers on YouTube is quickly taking over — literally! — with his own show aptly called “Austin Mahone Takeover” on Awesomeness TV. He’s a star to know with dozens of viral videos under his belt, a loyal fan base known as Mahomies, and an upcoming tour with Taylor Swift. We chatted with Austin about his success and how he’s become a favorite among tweens and teens.

Ypulse: What inspired you to start making videos on YouTube in the first place?

Austin Mahone: My best friend and I were just chilling in our rooms and we were bored out of our minds because we live in this little town that had nothing going on — no movie theater, no bowling alley, no mall. So we had nothing to do and we would just go online, watch people on YouTube and say “Oh, that seems kinda cool.” We just decided to make a channel and post videos, and it took off.

YP: You’re often compared to Justin Bieber. How do you feel about that?

AM: I think it’s great because he’s so successful and talented, but it can get annoying sometimes because I’m not trying to be the next Justin Bieber. I want to do my own thing and be my own person. I think people see that I’m 16 and also started on YouTube, but I’m really trying to make a name for myself without being “the next Justin Bieber.”

YP: What can you tell us about your upcoming album? What kind of sounds and styles are you going for?

YP: You’re going to be opening for Taylor Swift next year. Can you tell us about that? 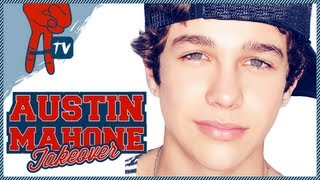 YP: You have your own show called “Austin Mahone Takeover” on Awesomeness TV. What’s the biggest difference between filming the show and making your own YouTube videos?

AM: Well it’s different because with my YouTube videos it would be just me and my laptop, and I’d be pressing the record and delete buttons over and over and over again. With the camera crew [on “Austin Mahone Takeover”] it’s so easy — they do all the filming, and I just have to be myself!

YP: What else can we expect from “Austin Mahone Takeover”?

AM: It’s mostly my everyday life: me rehearsing in the studio, practicing, me with my team, my everyday shenanigans. Fans will get to see how everything happens and how I do what I do.

YP: Speaking of fans, how do you think the relationship between fans and artists is changing?

YP: What makes Mahomies different from other fans? Do you feel like they have a closer connection to you because they helped discover you on YouTube?

AM: Yes, I do. Mahomies are awesome, dedicated, loyal, supportive, loving, amazing, beautiful — they’re so great and I’m really thankful for them!