If Millennials Could Pick The President… 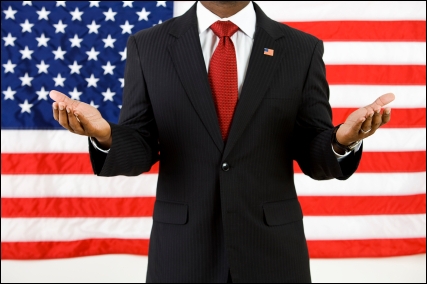 With about a week left until Election Day, the race is very much on most people’s minds. For many Millennials, it’s the first time they can vote in the election and have their voices heard. So in the spirit of the election and the power of the youth vote, we asked 340 Millennials who they would choose if they could appoint anyone to President. Their responses vary from political figures to pop culture icons, and even some friends and family whom they admire. But one thing’s for sure, they want a strong leader who will represent them, share their values, and most of all, is awesome!

Most Millennials stuck with political figures since they believe these people — including President Obama, Mitt Romney, Hillary Clinton, Bill Clinton, and Ron Paul — know what they’re doing and have experience. However, others thought a little more outside of the box about the best leader. Several mentioned a comedian, which is in line with

Then there were Millennials who mentioned people that they believe define their generation. Oprah was listed often since some young people feel she has worldwide experience, is intelligent, accepting, and influential. Lady Gaga was also mentioned since she cares about people, causes, and evokes a Millennial spirit in celebrating differences. Even athletes such as Tim Tebow and Tom Brady were listed with respondents saying that their leadership and problem solving abilities make them good candidates. And in terms of brains, several believe that Bill Nye would make a good President since he’s an academic figure whom they’ve grown up with and trust.

But all in all, Obama was the person they mentioned the most with many saying they agree with his values, feel that he’s done a good job the past four years, and connects with them. Moreover, when we polled 2,200 Millennials about which of the current candidates, if any, they would vote for, 59% chose Obama whereas 26% chose Romney. While 6% chose another candidate and 9% indicated that they don’t plan to vote in the election or wouldn’t if they were eligible, most indicated that they would vote and they want a President who understands them.