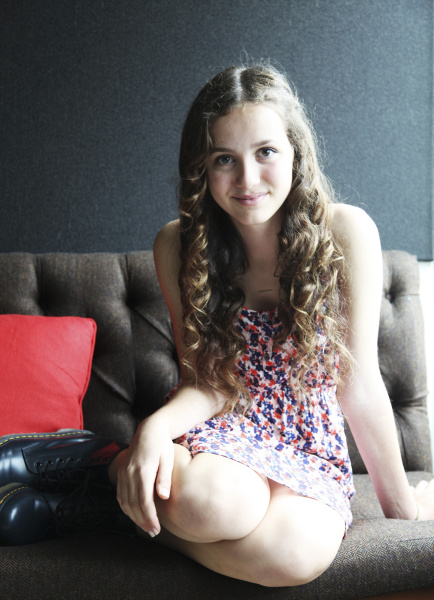 Whether you’re trying to understand the emerging power consumer group between childhood and teen, or anxiously awaiting to see what the next generation will be like, Maude Apatow is your hack in to understanding “tweens”. Having just grown out of the core tween target at 14, and with famous parents Judd Apatow and Leslie Mann, her coming of age experience is a potent example of what’s happening now and on the horizon.

Maude is coming of age through social media, sharing every outlook (and getting feedback) one click at a time. Where Maude differs from the majority is that while most are tweeting from their classroom, Maude is tweeting from the royal wedding. However, where she reflects the majority is her cerebral transparency and aspirational wit. Like the rest of her age group, Maude is coming of age “on air”, but her audience is simply bigger; she already has more than 70,000 Twitter followers.

On the other hand, Maude also represents a shift in our culture being driven by younger Millennial stars, and it will influence a new normal for the next chapter in marketing best practices. Gone are the days of the “release”, a change driven by the entertainment industry where we’ve come to expect minute-by-minute updates — from blog coverage to status updates. What’s next, will be more of what we saw happen with Justin Bieber and The Hunger Games, where fans play an integral role from the beginning and melt the boundaries between Development and Marketing. Bieber cultivated an army of “#beliebers” early on that have sung his praises through every step of his rise to stardom. Scholastic looped readers in to early phases of editing The Hunger Games, a driving force behind the book’s injection in to pop culture.

Like Bieber and The Hunger Games, Maude is cultivating a tribe as she develops her brand in the public eye. We are watching an increasingly important phase in creative processes wherein early fans are part of the development and later become the marketing engine. When it comes time for her launch in to true stardom, Maude will still be that “Spirit Animal” (what many fans currently Tweet to her) — a relatable, reachable, persona that was compelling enough for them to drive to stardom.

This greater cultural phenomenon between brands and consumers driven by social media, represents the future. For major brands looking to build “loyalty”, we can learn from these younger Millennial stars that the twist on this traditional tactic is to let your target consumers in so early on in the process that you’re not even developed (or famous), and this army of advocates that were there from the start will carry your torch to the end of the world. Why? Because this is the power of the social media tween machine when they feel part of something big.
Maude Apatow personifies the tween zeitgeist, but also what’s next. As the NY Times put it, she has “Larry David-like social observations (“It was really uncomfortable when I watched Beaches with my best friend and she didn’t cry”) and straightforward teen musings (“Are black bands on your braces gross?”)”. Maude’s presence on social media and ability to disect and comment on life as it happens on this platform, is a trait that exists on various levels across all Millennials, and will likely be native to the next generation. By the time you have finished reading this article, she will have gained 100 more followers. As we watch her rise to stardom through honest oversharing and a humble ability to thank fans and represent “them”, we can expect to see this new shift (being lead by pop culture), become the norm in how brands and consumers work together. And if you’re in the business of youth, be inspired, because it’s your gateway in to building loyalty with your next generation of consumers. 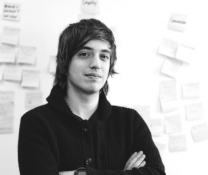