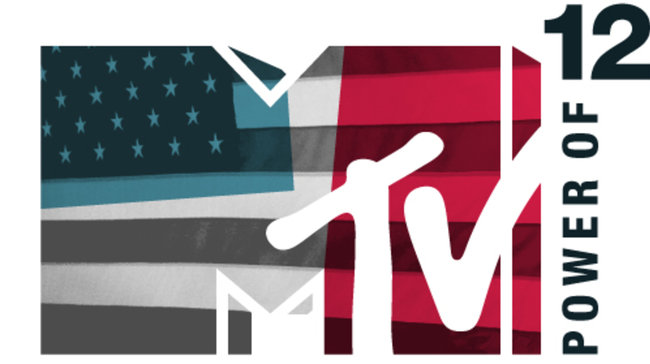 Engaging young people in politics is often a challenge, but MTV, which has a long history of empowering youth and encouraging them to vote, is an expert in this arena. In fact, MTV is using gamification to generate interest among 18-29 year olds in the election. As part of its “Power of 12” campaign (renamed after nearly 20 years as “Choose or Lose”), MTV has created a fantasy political election game aptly titled “Fantasy Election ’12.” We chatted with Jason Rzepka, Senior Vice President of Public Affairs at MTV, and his team, about the game that will launch to the public later this month.

To put the power of youth in perspective, a whopping 45 million 18-29 year olds will be eligible to vote in the 2012 election, making them the largest potential voting bloc in the country. “Power of ‘12” and “Fantasy Election ‘12” seek to unleash the exponential power of this age group by drawing on the culture of gaming — a trend Millennials value since they view life as a game. “Fantasy Election ’12” allows Gen Y to learn more about politics, as well as hold candidates accountable for their actions, while receiving rewards. In coming up with this concept, MTV listened closely to its audience and their changing needs. It created a platform that incorporates gaming, social media, and mobile as tools to help young people understand issues, so they’re more likely to care and in turn, vote. After all, youth can be game changers in the election.

Following the formula of fantasy football, players draft a team of candidates competing for the presidency, U.S. Senate, and House of Representatives, and earn or lose points depending on how well or poorly the politicians they pick conduct themselves. They can also earn bonus points for their participation in election related activities and events, including registering to vote, voting, and testing their political knowledge. As Rzepka explained, “Fantasy Election ’12” “is a way to take Millennials’ existing passion for gaming and translate it to the electoral arena.”

The game is simple enough to play regardless of one’s familiarity with politics or fantasy sports. Players can select their team of politicians or choose them based on pre-ranked stats, and join a league. Their politicians will be rated throughout the game on performance for their constituent engagement, honesty, transparency, civility, and public opinion. Ratings are determined by objective data garnered from non-partisan organizations including  PolitiFact, RealClearPolitics, Project Vote Smart, OpenSecrets.org, and Wesleyan Media Project, as well as politicians’ engagement on Facebook and Twitter. These organizations help determine how well candidates are behaving from financial transparency to their polling numbers, and if they are meeting the standards that voters should expect from them. If a player’s politicians are gaining or losing points, they’ll likely want to learn why and can investigate these sources to see how their candidates are helping or hurting the public. The game enables Millennials “to add and drop politicians at any time just like they can in real life — up until they vote,” Rzepka explains.

Points can also be earned from Millennials’ personal involvement in the election. Through partnerships with Foursquare and GetGlue, users will be rewarded for “checking in” to town hall events, political debates, and for voting on Election Day. They can also participate in daily challenges such as testing their political knowledge with questions including guessing if quotes were said by a rapper or republican or a democrat or diva. They’ll even get points for consuming and sharing election content through buttons that will be available on Politico and Buzzfeed. The game takes their existing behaviors — such as engaging with pop culture and sharing news — and rewards users for their actions.

Speaking of rewards, MTV is offering over 3,000 prizes to motivate youth to play “Fantasy Election ’12” and participate in politics, ranging from a grand prize of tickets to the VMAs and $25,000, to TVs and iPads. This generation wants companies to engage with them in entertaining ways and to provide a payoff, which “Power of ‘12” is certainly doing. MTV will also offer smaller prizes including gift cards, sneak peeks of programming, and bonus footage, so that everyone has a chance to win.

The goal of the game is to help young people understand political issues, learn what they should demand from those running for office, and magnify the election. At a time of uncertainty and skepticism, MTV wants to make Millennials informed and help them flex their power. But most of all, it wants young people to have fun. “The election can be so serious and intimidating,” explains Rzepka, “but ‘Fantasy Election ‘12’ lets people laugh about it and makes it more inviting to serve every point.”

“Fantasy Election ‘12” will officially open to the public on August 27, so stay tuned for more information. Game on!