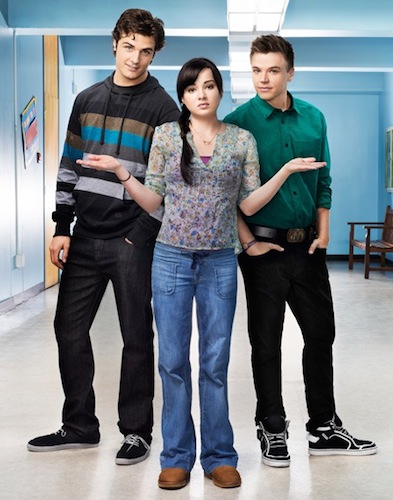 Today’s post comes to us from Amanda, who tuned in to the Season 2 premiere of MTV’s hit show “Awkward” which she feels accurately depicts Millennials. Amanda finds that the majority of teen TV shows are too far fetched or only show wealthy characters in overdramatized scenarios, but “Awkward” appeals to her and her peers because it’s honest and shows the struggles that teens actually face, sometimes in a satirical way. As Amanda explains, we’ve reached a time where Gen Y wants shows that they can relate to with characters who are going through the same experiences as them.

Over the last few years, people have become sick of the fact that the majority of shows directed at Millennials were only “rich teen soaps.” Especially at this time, which is now considered to be a golden age of television (“Community,” “Girls,” “Mad Men,” “Breaking Bad,” “New Girl,” “Parks and Recreation,” etc.), it’s even embarrassing to admit watching certain teen shows. It seemed like the appeal of such shows have waned — until MTV hit gold with a show about uncomfortable situations, aptly titled “Awkward.”

The show, about 15-year-old Jenna Hamilton (Ashley Rickards) trudging her way through high school, one awkward situation after another, instantly garnered cult-status with its viewers. It’s not hard to see why, because in the sea of “rich teen soaps,” here we have a strong female heroine living a life that is a little more similar to that of its Gen Y viewers. The first season chronicles Jenna’s life taking a U-turn when an innocent accident in the bathroom frames her as a suicidal teen — that of which everyone in her school now knows about. As she becomes known as the girl who tried to commit suicide (even though she didn’t), Jenna questions her own identity.

Of course, as teen shows go, there is always a love interest; Jenna finds herself tangled in a physical relationship with the resident hot guy, Matty MicKibben (Beau Mirchoff), who is afraid to make things official with her. In the end of the first season, we see Jenna transform from a wallflower to an opinionated girl who mends her relationships with her friends, and family, all while ditching Matty for a guy who actually appreciates her existence, Jake (Brett Darven). However, in the final twist of Season 1, Jenna finds out who wrote her a mean letter — her very own mother (Nikki DeLoach).

So that may sound like the synopsis of a typical teen show, but what sets “Awkward” apart from the rest of its fellow shows is that it’s self-aware. The show satirically portrays typical teen struggles, all while aiming to normalize “awkward” situations that teenagers go through. It’s unapologetic, yet also endearing and honest. Even though all of the characters on this show face humiliation at some point, they somehow don’t let what happened to them hold them back, which is inspiring. Also, it’s refreshing to see how touchy topics, like sex, are approached nonchalantly and not gratuitously on a teen show. This show aims to prove that any situation is a normal part of life, and that they shouldn’t define anyone.

I was once embarrassed to admit that I watch teen shows. So to explain how I stumbled upon “Awkward” and ended up liking it, all I can say was that it was pure luck. Out of boredom, I was waiting for my favorite TV shows to come back after hiatus and was antsy to find something decent to watch. So I went online and watched the first episode of “Awkward” — I had no clue what it was, and didn’t care as I wasn’t expecting to ever watch the show again. However, the moment I saw Ashley Rickard’s sarcastic portrayal of Jenna Hamilton, I knew that I would have to stick around for the first season. When it ended, I went through “Awkward” withdrawal, so I counted down the days till the second season premiered.

Luckily, the Season 2 premiere (which aired last night) picked up where it left off. Jenna is still with Jake, has yet to confront her mother about the letter, but is a lot more confident than she was when the series began. Was her life devoid of icky situations? Not even. A few minutes into the show, Jenna opens up Christmas presents from her parents: a nice diamond necklace from her mother and a plus size box of condoms from her father. Was it cringe-worthy? Yes. Was it entertaining to watch? Most definitely.

The episode suddenly skips to New Year’s Eve, where Jenna has been getting comments on her blog from an anonymous poster (could that mystery run through the whole season?). Then at the party she goes to, she has to face a slew of uncomfortable confrontations with a heart-broken Matty, and a bible-clutching Lissa (Greer Grammer) — Jake’s ex-girlfriend. Even with the whole world coming at her all at once, Jenna manages to stick it out and start the New Year fresh. With new beginnings, the episode ends just like the first episode of  Season 1 started. However, this time, instead of Jenna’s mother giving her a letter, Jenna gives her mother a letter. It was a perfect way to hook viewers in for the second season.

“My whole life has been a series of bad timing… ” Jenna says, in the “Awkward” Season 2 previews. Well her bad timing may look like good timing, considering the state of teen shows. There is a need for real teen shows right now, and MTV delivered with “Awkward.” As for another act of good timing, the first season of “Awkward” came around the time “Suburgatory” — another show that defies the “rich teen soap” subtype. With the emergence of more shows that are closer to representing realistic teens, it looks like there is a change to come with how television shows portray Generation Y.

Hailing from Canada, Amanda has been a Youth Advisory Board member at Ypulse for over three years now. She enjoys reading, writing, watching films, and being a volunteer for Mindyourmind.ca and a street team member for MTV’s A Thin Line. What she does not like, however, is writing about herself in third person. 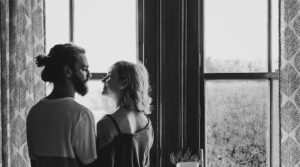