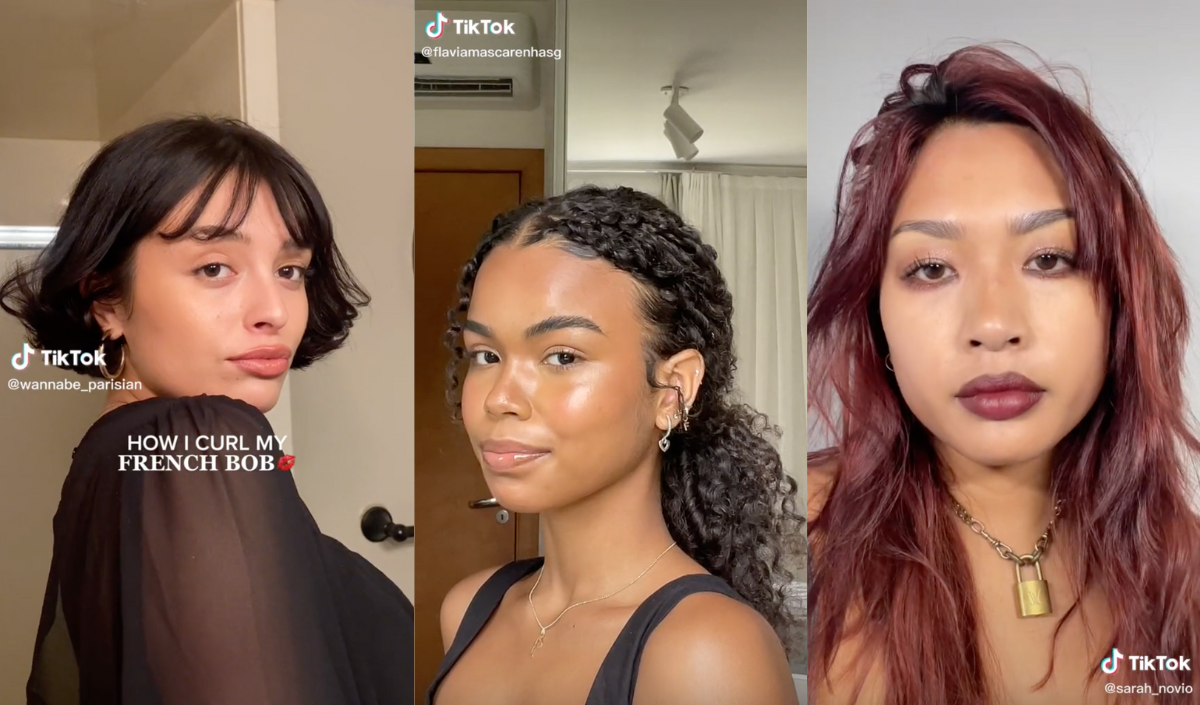 Experts are predicting these beauty trends will be big in 2023, and Gen Z and Millennials are way ahead of them…

Beauty trends move as quickly as fashion trends with uber-creative Gen Z and Millennials on social media. In 2022, beauty influencers on TikTok went viral for hyper-high coverage foundation routines, using a luxury custom lipstick printer, and stackable mascara, and that’s just makeup. Hair and nails have a trend cycle of their own: Korean side bands, jelly nails, and copper hair all had their moment to shine. Some of the hottest trends needed to be more closely examined for appropriating long-standing looks from BIPOC cultures, and drew attention to the influence women of color have over beauty trends overall—which we’re seeing again this year already. In 2023, it’s clear that Gen Z and Millennials’ social media influence will continue to inspire larger beauty trends. Here’s what experts are predicting young people will be doing with their hail, nails, and makeup in the coming year—and how they’re already beginning to show on social media: 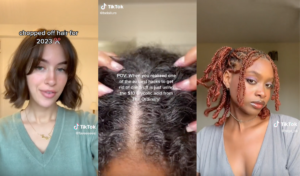 The trend experts at Pinterest Predicts say 2023 is the year of short hair, read: micro/baby bangs, above the jaw bobs, and short braids. They say “Maximalist beauty had its moment,” and while the teens of TikTok would likely disagree that it’s totally out, they are also likely to follow a beauty trend if it gets enough buzz. Glamour predicts the Amelie-esque soft, blunt “box bob” will pick up popularity this year, as it adds shape and texture and works with most hair types. Bustle agrees: box bobs, baby bangs, pixies, and more bobs are all the rage for winter 2023.

Following a trend from this year, Pinterest also predicts “crown care” is in. Though they note upticks in searches on clean scalps from older users, we know that #ScalpTok had its moment with young TikTok users who were equal parts obsessed with watching others de-flake their scalp and preventing dryness on their own. And another recent hair trend points to a continued interest in healthy scalps (did you ever think you’d read that phrase?): TikTok users jumped onto the hair oiling “trend” that followed a viral post about Mielle rosemary hair oil. The “trend” in fact turned out to be another example of Black and Brown women’s regular routines being sensationalized and appropriated by social media—so while scalp care is not quite as new a “trend” as experts may think, and its popularity will be upheld by those who have been maintaining it already, and new fans as well. 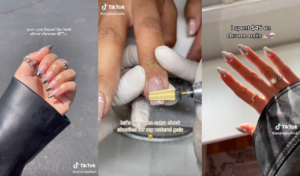 Following the sci-fi cyber fashion trends predicted to go big this year, beauty experts are predicting matching chrome nails will be the look to have in 2023. Already on TikTok, bold manicures are popular (as evidenced by the 116.8B views on #Nails), and chrome powder accents have been around for a long while. The hashtag #ChromeNails has 444M views showing looks from pearlescent “glazed donut” nails to full-on silver.

And in line with the hair trends of the year, it looks like the tides are turning back to shorter, natural nail lengths, while still using the bold designs wearers favor as of late. The hashtag #NaturalNails has 2B views and features as much unpainted nail care as it does short, but still decorative manicures. The point of the trend does not seem to be to have nothing on their nails, but to take a break from the long extensions and trade it out for using nail care to strengthen their natural nails enough to sustain a shaped nail. 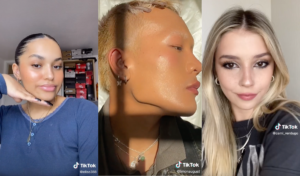 Have you heard enough about grunge being back? No? Good, because we’re going to tell you that grunge is back as a beauty trend, too. Like its trending fashion counterpart, grunge makeup is all about being a little bit messy, wearing darker colors, and channeling your inner Taylor Momsen (or for Gen Z, Nessa Barrett and Wednesday Addams). Who What Wear is calling it “Soft Goth,” taking inspiration primarily from ‘90s soft grunge; and Allure says lived-in makeup was all over Spring runways—showing beauty trends trickling up from Gen Z again.

In somewhat of a stark contrast, bare faced looks also remain popular and in everyone’s beauty trend predictions, likely all thanks to TikTok’s ever re-named obsession with glowy minimalism (first it was “that girl,” then “clean girl,” and now it’s “vanilla girl”). Celebrities and influencers alike have picked up these aesthetics as somewhat of a default—the go-to every day look of a low coverage base (complete with blush though), fluffy brows, and maybe lengthening mascara. (Bonus points for fake freckles.) Seventeen calls it “skinimalism”—using lighter makeup to let their skin breathe and reap the benefits of their skincare routine. YPulse data shows this wellness-first beauty trend is also fueled by young consumers’ interest in “clean beauty,” as popular all-natural makeup often falls in the category of light-coverage and skincare-forward.

In an addendum to the continued light makeup trend, Who What Wear predicts the foundation look of 2023 will be “vampire skin”—which is just another name for glass skin and strobe highlighting combined. This has an especially heavy emphasis on the slight sparkle as much as the natural glow, though, for that real Edward from Twilight look. Allure is calling it “hyper glow,” made with a combination of the skincare based bare face look and a reflective highlighter. Of course, Gen Z and Millennials are already on top of it: makeup influencers on TikTok have already generated 1B views for #GlowySkin, so they’re sure to be the ones to perfect the look first.