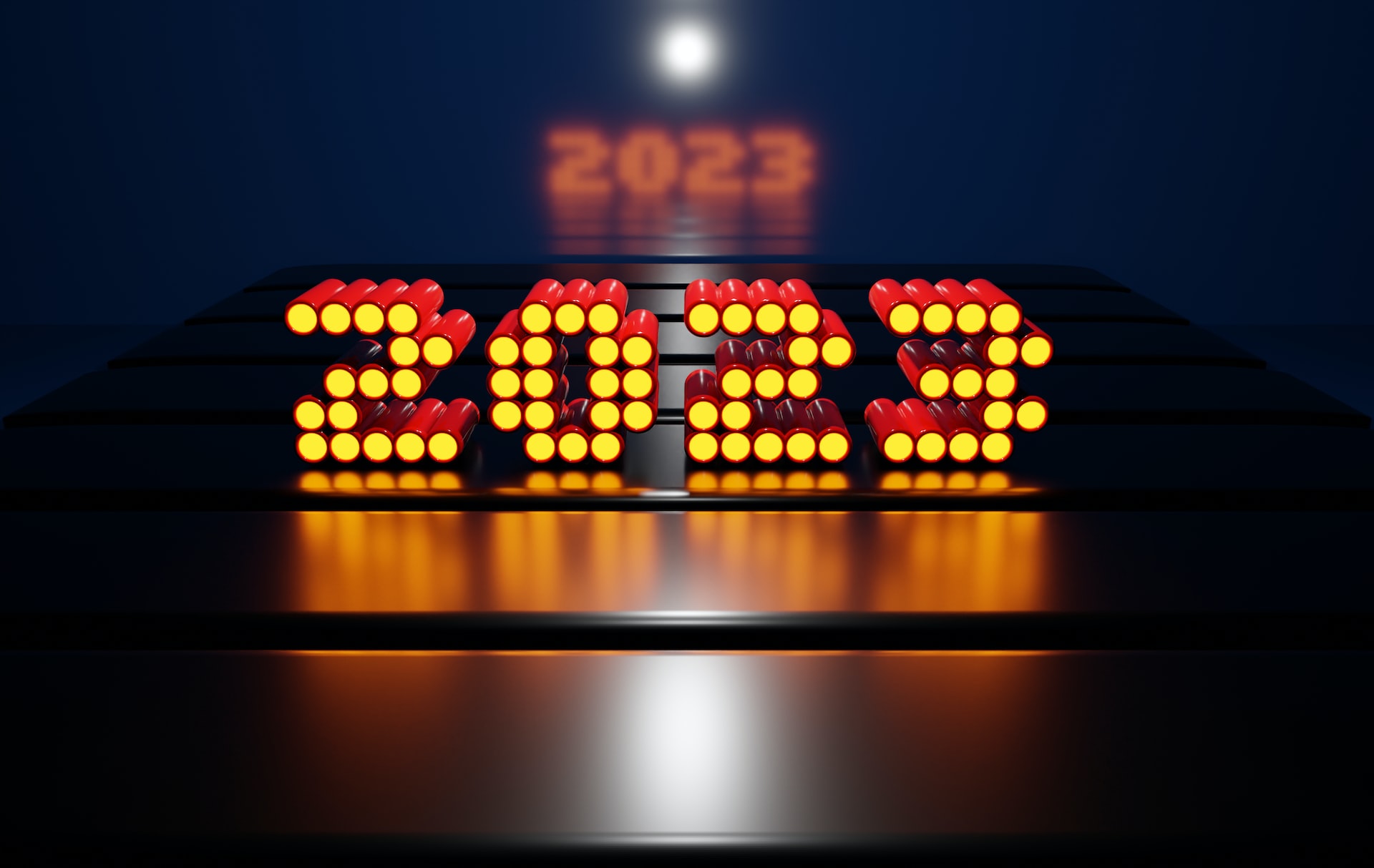 We know what everyone else is saying, but this is what our Gen Z and Millennial experts think will happen in 2023…

Every year, YPulse’s team of Gen Z and Millennial trend experts share our predictions for the coming year, looking ahead at everything from marketing and social media to tech and cultural attitudes. Last year, all of our predictions came true: brands have blurred the lines between traditional entertainment and gaming; the metaverse in fact did not become one world, but many virtual worlds where brands are connecting with young consumers; and Gen Z certainly has continued to rule what’s in and out (especially on TikTok).

Using all our trend insights from the last year (and all the ones before), we predict these six trends will influence Gen Z and Millennial culture and consumption in the year to come: 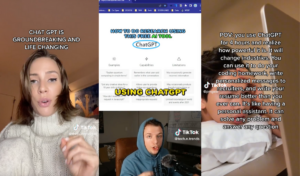 Artificial Intelligence will become a norm for Gen Z

In 2022, artificial intelligence caught attention for fun Gen Z and Millennial trends and memes, but we predict it will become more of a tool for brands this year. These gens are familiar with the wonders of AI (and also the downsides) because of apps and social media trends like AI selfie and art generators, and are even familiar with programs like ChatGPT that offer to write their school essays.

Despite being launched in just November, ChatGPT already has over 1M users, and it’s making huge waves: supporters on TikTok are showing just how much the AI can do, from writing excel formulas to cover letters to meal prep plans. And seeing its popularity, NYC public schools have already banned the tech “Due to concerns about negative impacts on student learning.” Clearly, on this trajectory, AI like this will continue being a part of Gen Z’s education and relationship with technology.

And With its remarkable take-off, companies like Microsoft are already looking into incorporating the software into their search engine, making it capable of outputting human-like answers instead of just related links. We predict not only will Gen Z and Millennials become well-versed in these AIs (as they’re showing on social media they already are), but brands will put them to use as marketing tools. We’ll even go out on a limb and say that beauty brands will likely be the first among them, as they have so often hopped onto digital marketing trends early in the past.

The metaverse will get its needed redefinition

Another year, another metaverse prediction. We said last year that the metaverse has been around longer than we’ve been calling it by that name, and that a single, united virtual world is not close to becoming a reality in 2022 (or even 2023). Now, we believe 2023 will finally be the year that the lofty idea of a metaverse as a universal digital space where people go for, well, everything, will finally get its reality check. While Meta kicked off the term (ditching Facebook to show their dedication), their own personal metaverse has not been the one to aspire to: Horizon Land didn’t really the have functioning legs for their avatars like they said, and the VR headsets Meta has been leaning into dropped in sales. Decentraland actually had somewhat of a flop year, making headlines for having only 38 active daily users, showing that all the millions of metaverse users are simply in a different metaverse.

And other major organizations showed they don’t exactly have a grasp on the metaverse the way Gen Z does: An EU party in the metaverse spent $400K to reportedly attract only 6 users. Apple won’t even use the word metaverse, because their CEO says no one really knows what it means. But (as we’ve said many times) already existing games like Roblox, Fortnite, and Minecraft have stolen the metaverse spotlight and seem to only be getting better with each new brand experience. So, YPulse predicts that with 2023 will come a long-needed recalibration of expectations around the metaverse—one that more accurately reflects its status as a set of virtual realities that already exist for entertainment (specifically gaming) and are expanding their capabilities—and brand appeal. 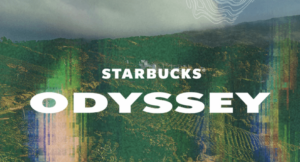 The word “phygital” has been everywhere lately, but what does it really mean, and what does it have to do with young consumers? The answer is that phygital is just a new word to describe brand experiences and products that exist both in virtual spaces and IRL ones, and it’s one of the best ways to draw young consumers from the web to in-store loyalty. Brands like Forever21 and Amazon have already deployed some successful examples: Forever21’s Roblox beanie proved the power of giving Gen Z the opportunity to match their virtual world and avatar products with real ones. Amazon, on the other hand, opened their first IRL clothing store, which implemented technology from QR codes to see information about items to touchscreens in the dressing rooms to request and rate items. As brands continue on their metaverse journeys, they’ll want to be connecting these virtual worlds to the real one (though the virtual ones are very real to young people).

And as they redefine their virtual experiences, our trend experts predict Web3 will be taking on a new look too—also connecting more to loyalty programs. YPulse data shows that roughly half of young people are members of loyalty programs, and brands have been gamifying those programs, both in apps and in virtual reality activations. NFTs will be on the sidelines this year, in favor of a focus on avatars and digital collectibles. Brands like Starbucks and Nike are now offering digital collectibles for loyalty members through games, and show how this may be the next phase of brand involvement in Web3.

YPulse data shows that in January of 2019, 12% of Gen Z were using TikTok, boosting to 35% in 2022, 58% by 2021, and 64% at the beginning of 2022—now a resounding 69%, comparable to the 73% who use YouTube, which they’ve had access to since the oldest Gen Z were five-years-old. But after years of growing at break-neck speed, the app’s user gains are slowing: Gen Z’s TikTok usership has increased only +5pts since November 2021 (64% vs 69% currently), implying the app’s boom may be behind us and its future as a generational mainstay will be determined going forward.

While some may fret about this slowing growth, the reality is that once a platform has reached over half of all young users, it can’t continue to grow at the speed it once did. There’s little doubt that (barring a ban in the U.S.) TikTok will remain incredibly popular about Gen Z and increasingly Millennials as well, but new adoption can’t be as rapid as it has the past few years. Instead of focusing on the app’s growth in 2023, brands should be paying attention to its influence, which we predict will not slow in the least. 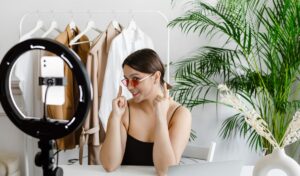 Micro- and nano-influencers are already dominating the marketing scene, but in 2023 they’ll be more important for brands to connect with than ever. YPulse’s Celebrities and Influencers report shows the number of followers someone has does not impact how much Gen Z and Millennials trust them, so small influencers are a way to connect directly to a loyal audience. Not to mention that these gens themselves are the creators brands should be working with, as 65% of young people tell YPulse they make social media content for a broader audience than family and friends, and 60% agree they interested in promoting brands on social media.

Forbes predicts that these creators will have more power than ever over the content itself, and brands would be wise to hand them creative control. Especially on TikTok, where user generated video content marketing can be more than valuable, small-scale creators know exactly what niche to market to, and their creative direction can make a video fit into young audiences’ feed—which YPulse data shows is exactly what they want. 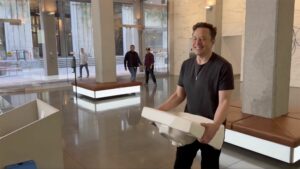 Gen Z and Millennials have shown that they’re getting tired of watching the rich get richer while they struggle to pay the rising costs of living. In 2022, they spoke out about the carelessness of celebrity jet use, and in a huge cultural moment, became anti-monopolists after TicketMaster’s Taylor Swift nightmare. They know that billionaires have more power than them, and don’t always use it for good, and we predict 2023 will be a year that their resentment of the rich becomes even more apparent.

And while it might seem that brands couldn’t help them fight profit gains while still staying afloat themselves, there are steps brands can take to show they understand these gen’s frustrations. Above all, transparency and actionable corporate responsibility will show young consumers that a brand is willing to invest in the causes their consumers care about. YPulse’s Cause Conundrum trend report data shows 79% of young people agree “Brands need to do more than just donate money to a cause,” especially when that means breaking up with practices they find unethical.