6 Fashion Trends Gen Z and Millennials Are Leading in 2023 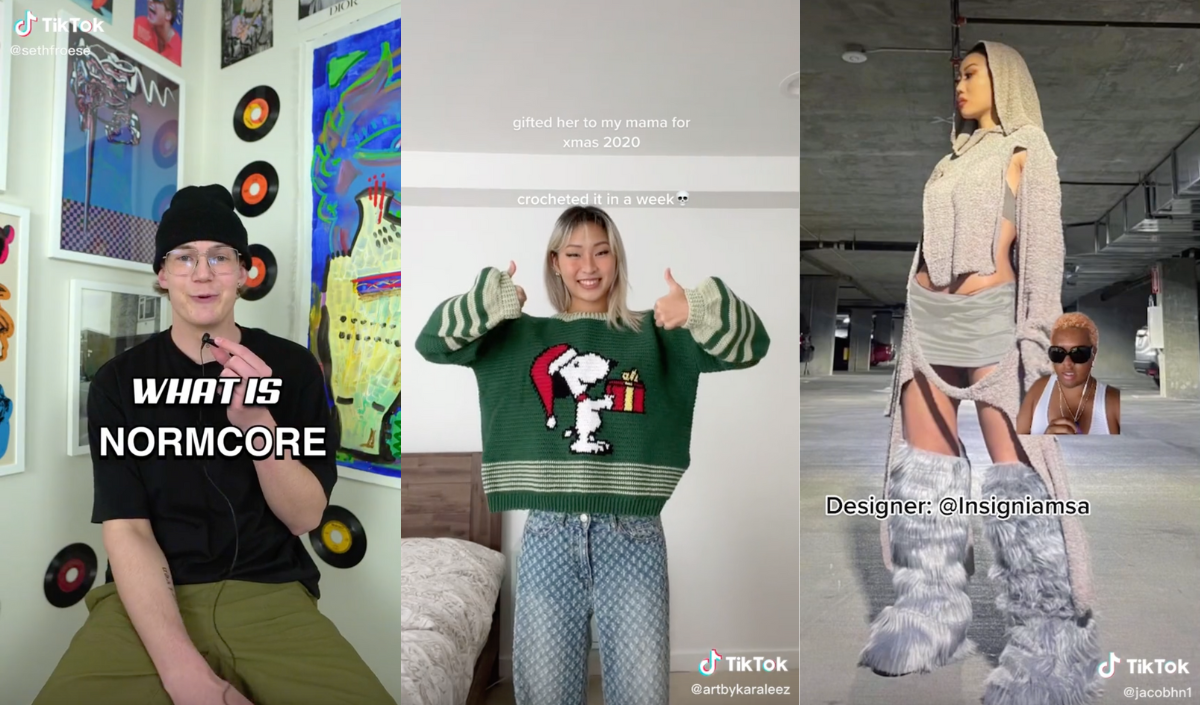 With a new year comes new fashion trends, and experts are predicting these six looks will be popular with young consumers…

2022 was the year Vogue declared “core” is the new “chic”—and it’s all thanks to trend-setting Gen Z and Millennials. YPulse’s Fits For the Feed trend report shows young people say their individuals like themselves and their generations are the most important people when it comes to creating new fashion trends, and they’re clearly right. So, which fashion trends will they support, or create, in 2023?

On social media, specifically TikTok, which 56% of young people say helps to start fashion trends, new styles pop up constantly. And some of these “micro-trends” move faster than online orders for new clothes can. Others, however, dominate social media and headlines, as they trickle up from get ready with me videos to runways shows. As #cores represented cultural moments of the last year, experts predict these styles will take hold in 2023, and Gen Z and Millennials are already tapped into them: 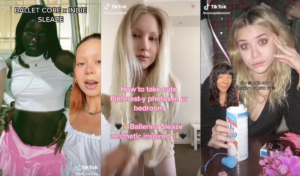 Grunge sleaze is carrying over

YPulse told you about the viral return of grunge aesthetics this year, coming back under the titles of “tumblr renaissance,” “indie sleaze,” and the notable “goblincore.” While each varies slightly in its exact look, they all feature the grunge styles of the early 2010s (which of course featured the styles of the 90’s). YPulse’s Fits For the Feed trend report data shows 18% of Gen Z consider themselves part of the grunge aesthetic. Now, several experts predict this is more than a micro-trend and will be an even bigger hit in 2023.

Depop’s end of year trend report shows a 176% search increase for “Grunge sleeze,” as well as “a 100% increase* in searches for oversized denim and baggy silhouettes and a 101% increase* for leather.” And VICE predicts 2023 is the year of “anti-dopamine dressing” and “slobwear,” which fit into the radar of chaotic, messy, and dark styles that come with all things “sleaze.”

As boldly as “core” became the new “chic,” VICE also predicts that “sleaze” will be the new “core,” as grunge will make its way into every look (mermaid sleaze and ballerina sleaze are just the beginning). Biz Sherbert, culture editor at The Digital Fairy, says “Sleazes subvert their source material, making it grungier and edgier, rather than attempting to capture the purest essence of an aesthetic, the way ‘-cores’ do.” 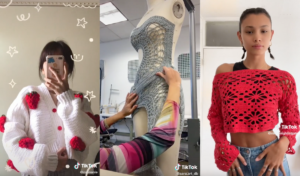 Well, “core” isn’t gone just yet, and Seventeen predicts that 2023 is the year of crochet-core. On TikTok, crocheting has become a huge Gen Z and Millennial craft favorite; the hashtag #Crochet has 13.3B views, with tons of Gen Z showing off their handmade creations. Other related tags like #CrochetTok and #CrochetersOfTikTok have billions of views, and these young crafters share their best techniques and patterns to encourage others to make their own custom clothes. Instagram’s year end trend report on Gen Z says “more than one-half of respondents said they plan to make their own clothes in 2023.” While that seems like quite an estimate, YPulse data does show young people have a complicated relationship with the fast fashion that consumes their feeds, so making their own clothes might be the trend that helps some step away from it. 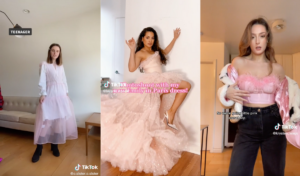 Pinterest predicts that after years of stay-at-home clothes, young people will be embracing over-the-top, ethereal, “airy” styles this year. Featuring fabrics like tulle and lace, combined with ruffles and sheer items, this trend combines “ethereal sensuality with the dreamlike quality of ballet,” and is “a gender-agnostic expression of femininity and strength.” Seventeen agrees—tulle, feathers, and ruffles are in, a la Emily in Paris, and YPulse data shows 18% of young people get their fashion inspiration from TV shows (though shows are now drawing inspiration from them, too). Depop saw a 209% increase in searches for feather trims last year, in what they’re dubbing a “celestial” trend. 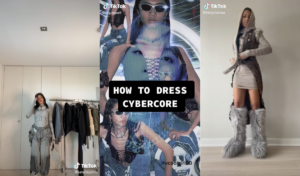 In another opposite-of-dopamine-dressing style, Pinterest predicts Sci-fi is the next Gen Z and Millennial look. Drawing from dystopian, futuristically digital aesthetics, it reflects our “dark” and “moody” current times. While much different than the airy high fashion looks, it’s similarly Avant Garde, which Pinterest has seen a +225% increase in searches for. Matching the space-y style, Bustle says silver is the metallic shade to wear in 2023, drawing from the runways and celebrity looks. Paper magazine calls Julia Fox the “Queen of Avant Apocalypse,” as she’s taken to TikTok to show off her DIY, cyberpunk fashion, which is “Defined by deconstruction, asymmetry and sculptured structural elements.” Like crochet-core, but aesthetically different, this style might stem from reactions to the global impact of fashion and “push[es] the boundaries of fashion.” On TikTok, related hashtags like #CyberCore, #DystopianFashion, and #SciFiFashion have millions of views, showing how Gen Z and Millennials are already adapting these trends in their wardrobes. 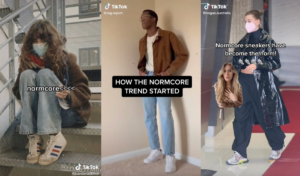 2000s normcore is a trend that taps out of following trends

Y2K style has been big with young people for a while—whether they actually remember the year 2000 or not. But now, VICE says “The new Y2K is… real 2000s Normcore,” and “The new clean girl look is… 90s minimalism.” In the midst of microtrends sometimes moving too fast to even dip into (which one expert calls “trend fatigue”), young people are moving back to the basics of the aughts. While Y2K style has glorified the most iconic fashion moments of the ‘90s and 2000s, normcore taps into what people were really wearing every day. And ‘90s minimalism echoes the same “trend cycle-resistant” style, which Sherbert says is a reflection of shopping during recession times. Pinterest predicts the continued romanticization of these styles in what they’re naming “Romcom core,” which draws from 2000s main character energy. 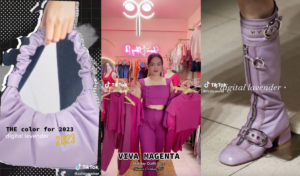 Colors of the year: Digital Lavender and Viva Magenta

Pantone has named their color of the year: Viva Magenta. The pink hue “is a shade rooted in nature descending from the red family,” and according to their description, says a lot about the year to come; “Viva Magenta is brave and fearless, and a pulsating color whose exuberance promotes a joyous and optimistic celebration, writing a new narrative.” Outside it’s hopeful metaphorical quality, the color also fits happily into the still-trending Barbiecore aesthetic (which will almost surely be on full blast again when Greta Gerwig’s Barbie hits theatres later this year).

But other companies have something to say about colors, too: WGSN says 2023 is all about Digital Lavender, “representing wellness and digital escapism.” Coming from a scientific POV, “Research suggests that colours with a shorter wavelength, such as Digital Lavender, evoke calmness and serenity,” and they say because it’s “Already embedded in digital culture, we expect this imaginative colour to converge across virtual and physical worlds.” 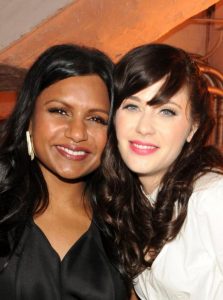