6 Stories Young Europeans Made Viral in 2022 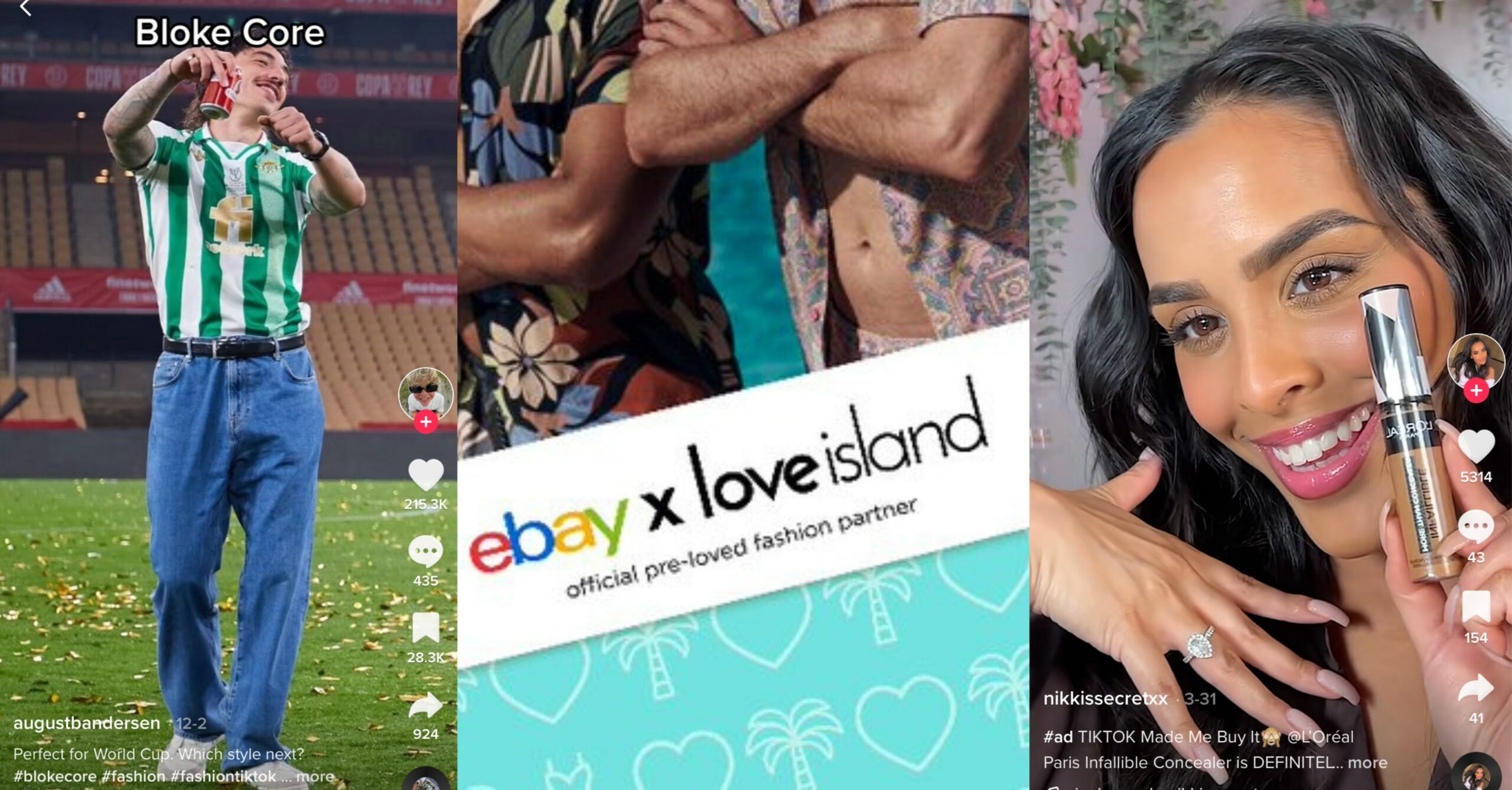 Young Europeans spend an average of 3 hours and thirty minutes on social media every day, so it’s no wonder they’re behind the top trends on their favorite platforms. YPulse keeps you updated year round with everything happening on socials in Western Europe, and we’re now bringing you six viral stories that happened in 2022 that reveal bigger trends among Gen Z and Millennials. From TikTok to deaf rapper Signmark to Gen Z activism, here are some of the most viral stories in Western Europe this year: 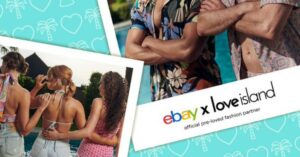 Love Island has been known for driving fast fashion sales, and while many contestants fail to find love, many do go on to sign deals or design collections with fast fashion brands as well as become fashion influencers. Searches for last year’s winner Millie Court shot up 127% after she wore a one-shoulder marble dress from ASOS, and 114% when she appeared in a hot pink co-ord. Meanwhile, fast fashion retailer Pretty Little Thing tapped into former contestants: they hired Molly-Mae Hague as their creative director, and asked Indiyah Polack to represent their first-ever vintage collection. But as young consumers become increasingly eco-conscious, they’re shifting their fashion shopping away from fast fashion and toward more sustainable options—and they’re calling out brands that aren’t catering to their values. Love Island has faced such backlash, causing them to drop sponsors such as I Saw It First, and Missguided. In their place, they’ve inked a deal with eBay to deck this year’s contestants out in preloved clothing. 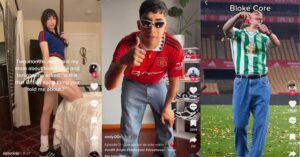 On TikTok, #BlokeCore and the football frenzy went viral

Last Spring the TikTok fashion trend, #blokecore, racked up millions of views. Gen Z TikTokers in the U.S. and the U.K. sparked the ironic-yet-casual fashion trend, which features retro football (a.k.a. soccer) shirts, faded jeans, and Adidas Gazelles worn by fans from decades past. The trend takes its inspiration from British football fans from the ’80s and ’90s. Now, the hashtag #blokecore has nearly 13M views on TikTok and joins the likes of “normcore” and “dadcore” in internet trends which redefine a masculine approach to fashion—and become lifestyle trends. Videos under the hashtag not only feature fashion but also “pints being sunk and slideshows of kebab shops and curry takeaways accompanied by music by bands like The Jam and The Stone Roses,” creating “a weird melding of working-class, lad, and more general British culture.” Meanwhile, #blokecore also offers a way in for a new generation of football fans. Data from YPulse’ Sports and Athletics Report shows that young Europeans are bigger sports fans than North Americans, driven in part by the prevalence of football in European culture. 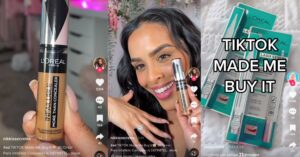 TikTok has led the rise of social shopping over the past two years, thanks in part to the user-generated hashtag #TikTokMadeMeBuyIt, which has a whopping 35.4B views and is a top way young consumers find out about and buy viral products. L’Oréal tapped into this social commerce goldmine by offering creator-curated gift boxes exclusively available in the U.K. via the #TikTokMadeMeBuyIt hashtag. While TikTok has been upping its social shopping game lately, this marketing collab was the first time the brand was putting its own branding on another company’s product. YPulse’s Shopping and Retail Report shows that nearly half of young Europeans want to shop via social media, and 69% say that online shopping should be an experience. Meanwhile, TikTok is continuing to explode in popularity among young consumers and officially became the top place trends are born in 2022, giving brands like L’Oréal that move into the space an edge among these generations. 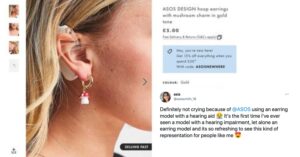 British retailer ASOS showcased an earring model with a hearing device, and the brand was roundly applauded for it. The campaign got a lot of attention, especially after a woman’s tweet saying she was “definitely not crying” over the brand’s use of a hearing impaired  model went viral. Diversity is a vital issue to Millennials and Gen Z, who expect brands to use models that represent all races, gender expressions, and abilities. YPulse’s Ad / Marketing Effectiveness Report shows that 39% of young Europeans think featuring diverse models and actors in advertising is the best thing brands can do to reflect diversity and be inclusive. This isn’t the first time ASOS has won accolades for its inclusivity; in 2018, the brand released a wheelchair-friendly jumpsuit with an accompanying campaign that featured BBC sports reporter and British Paralympian Chloe Ball-Hopkins wearing the suit in her wheelchair. 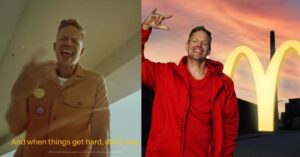 And McDonald’s followed, with the release of a new video with deaf rapper Signmark

Speaking of inclusivity, McDonald’s also went viral this year when they released a new jingle video featuring Finnish deaf rapper Signmark. The fast-food giant released this 3-minute-long video clip called “Something Bigger” for the International Week of the Deaf. In the jingle video, Finnish rapper Signmark raps in sign language next to a giant yellow neon arch. The positive vibes of the video are catchy, and the upbeat rhymes are mixed with feel-good lyrics such as, “But a dark day can always be made bright,” which were written by the hearing-impaired rapper. We know for a fact that Gen Z and Millennials in Western Europe love music so any brand wanting to reach these gens should consider a collab with music influencers. 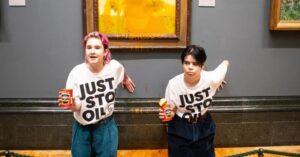 In October, two Gen Z environmental activists demonstrated an attention-grabbing protest to spark a much-needed discussion about climate change—and of course, their shocking methods blew up on social media and news outlets globally. In room 43 of London’s National Gallery, the pair donned Just Stop Oil shirts and fired cans of tomato soup at Vincent Van Gogh’s “Sunflowers” (1888) painting. They then literally glued themselves in front of the display and began explaining the meaning behind the outburst.

Of course, social media and news outlets mostly reacted to the visuals, with some claiming the obscene act was due to Gen Z radicals having no respect for art or history. But the girls’ message is not singular, they’re just one part in a slew of protests across the world as young people are trying to rally together and let big corporations and governments realize the severity of fossil fuel usage. After all, the painting wasn’t ruined, it was protected by a glass covering which was the whole reason the group chose the particular piece. Mel Carrington, a spokesperson for the Just Stop Oil group, told the New York Times that they intended to strike public debate and inspire change. The event even prompted a wave of other protestors throwing food at famous artworks.