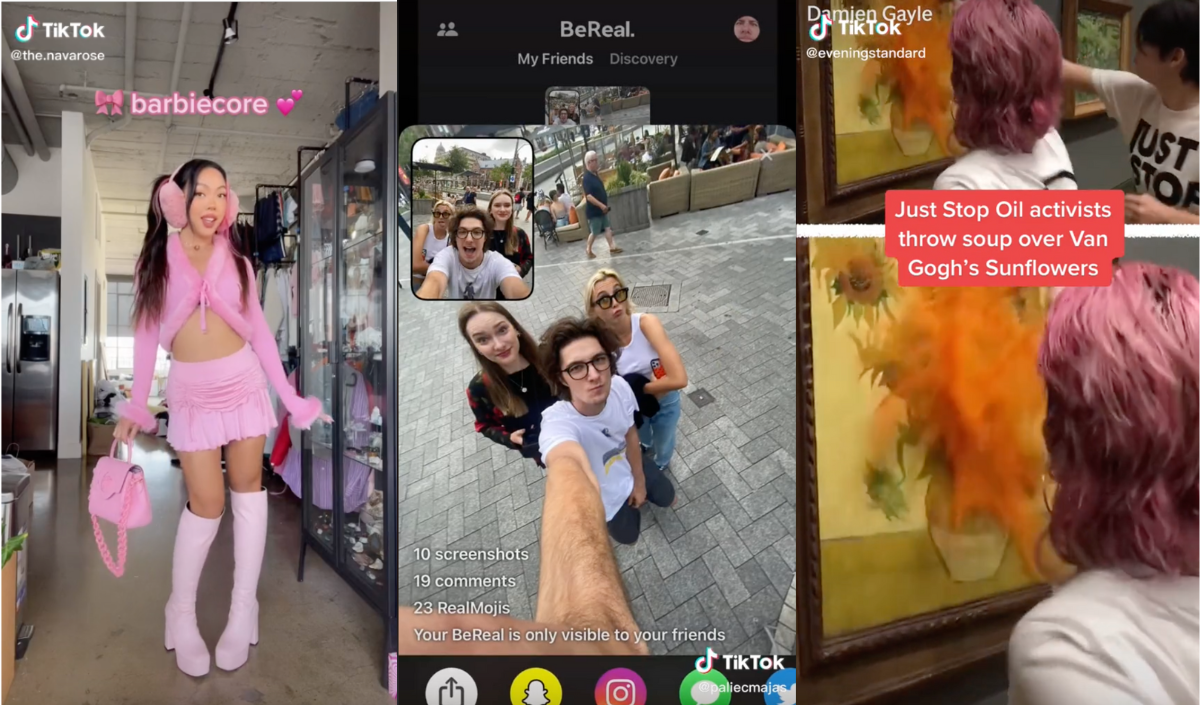 Virality moves quick—as Tyra Banks said, “One day you’re in, and the next, you’re out.” In the age of social media, even a day is sometimes longer than the life of a viral trend. And though YPulse keeps our readers up to date with our weekly Viral List, we’ve collected the viral trends that made year-long impacts. From TikTok to Gen Z activism to crypto, these are some of the most viral stories Gen Z and Millennials were part of in 2022: 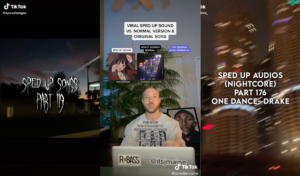 On TikTok, sped-up songs were the backbone of viral trends

Sped up versions of songs took over TikTok, creating their own genre of music popular with Gen Z. TikTok’s appeal to young users has a lot to do with how they have the freedom to upload all kinds of content that can be posted under trending audios. Memes, dance challenges, and “get ready with me” videos can all fall under whichever songs are going viral at the moment—and for months it’s been sped up songs: the hashtag #SpedUpSounds has 9.8B views. New or old, songs on TikTok have been sped up, similar to Millennials’ club remixes, and are attracting massive amounts of streams.

The genre is referred to as “nightcore” (not to be confused with the fashion aesthetic) and Spotify even features a “Sped Up Nightcore” playlist “which only posts uptempo remixes of songs from Warner Music Group, [and] is earning close to 2 million plays a day.” TikTok’s marketing team notes that “80% of the top 100 sounds on the app were tempo-altered,” proving just how much these altered songs resonate with the young people controlling virality. 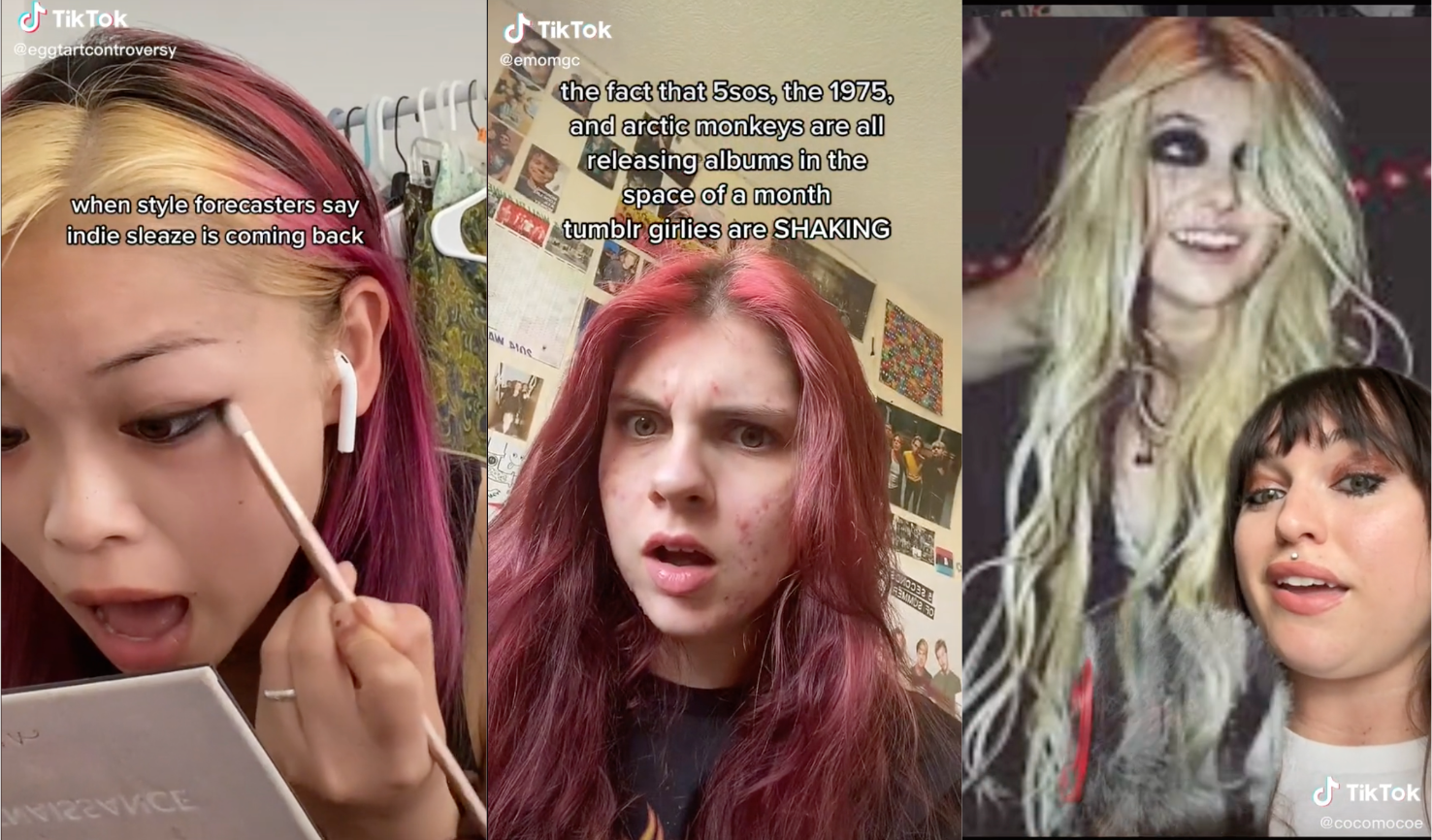 2022 began in the era of “That Girl”—the one who plans her life meticulously on her iPad, lives a 5-9 after her 9-5, films reset videos on Sundays, and does it all in matching athleisure sets. But an aesthetic based around productivity inspired a counter-movement of messy and grungy aesthetics—sparking the return of the tumblr era “indie sleaze” look. Going by many other names, “goblin-core,” “feral girl,” and the glitzy party-life edition of “nightluxe,” the look (and even corresponding chaotic lifestyle) refuses the perfectionism of “that girl.” It rose to such prominence that “Goblin mode” was even the people-voted Oxford University Press’ word of the year. 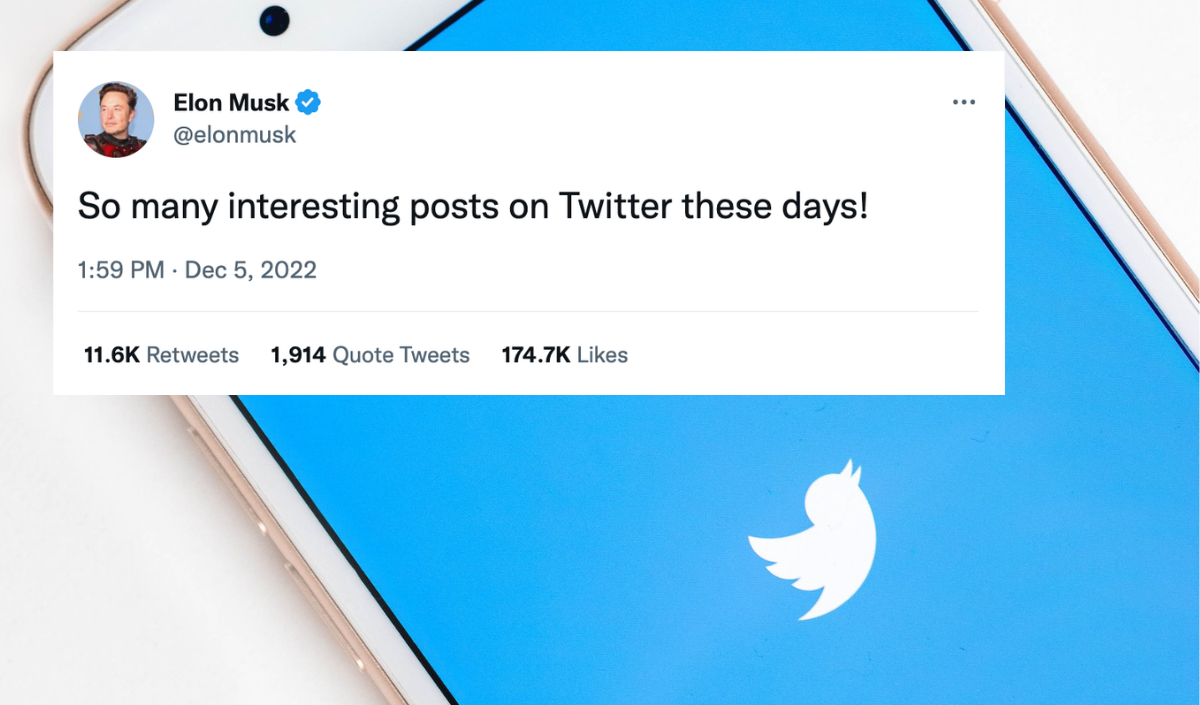 Elon’s on again, off again, relationship with Twitter resulted in a media frenzy

YPulse has been keeping you up-to-date on Elon Musk’s back and forth relationship with Twitter since it began. And no matter what phase of ownership (or not) he was in, the internet was on the edge of their seats, all trying to predict what would happen if he really did take over. And then, he did.

But now that he’s made his ownership official and brought drastic changes to the platform and company with him, some have been speculating that the app is doomed. In his short time as “Chief Twit,” he’s been behind changes that caused fake verification PR nightmares, reduced the size of the company through layoffs and ultimatums, banned journalists (and unbanned them after backlash), and most recently: lost a poll asking if he should continue to be CEO.

Of course, amid the media insanity, there was the question of whether users threatening to abandon the platform would really leave. And YPulse data shows that Gen Z and Millennials are equally critical or neutral about Musk’s takeover, but in the end, very few users are really saying goodbye. That is, of course, of the minority of young people who use it at all, as Twitter use has been on the decline for years, and while Musk says the platform has gained millions of users since he took over, YPulse data indicates young people are not the ones fueling that growth. 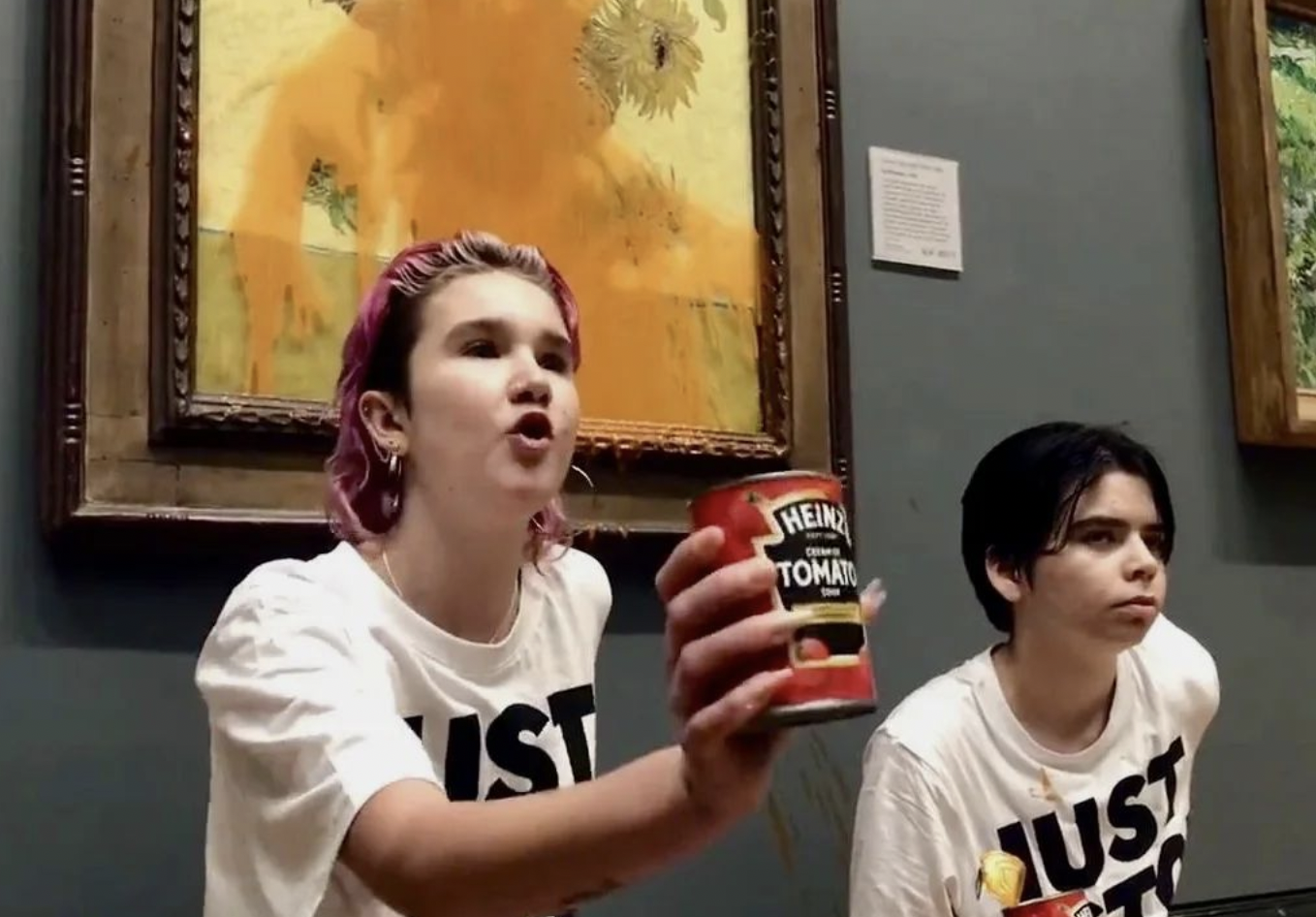 In October, two Gen Z environmental activists demonstrated an attention-grabbing protest to spark a much-needed discussion about climate change—and of course, their shocking methods blew up on social media and news outlets globally. In room 43 of London’s National Gallery, the pair donned Just Stop Oil shirts and fired cans of tomato soup at Vincent Van Gogh’s “Sunflowers” (1888) painting. They then literally glued themselves in front of the display and began explaining the meaning behind the outburst.

Twenty-one-year-old protester Phoebe Plummer said to the room, “What is worth more—art or life?…Is it worth more than food? Worth more than justice? Are you more concerned about the protection of a painting, or the protection of our planet and people? The cost of living crisis is part of the cost of oil crisis. Fuel is unaffordable to millions of cold, hungry families. They can’t even afford to heat a tin of soup.”

Of course, social media and news outlets mostly reacted to the visuals, with some claiming the obscene act was due to Gen Z radicals having no respect for art or history. But the girls’ message is not singular, they’re just one part in a slew of protests across the world as young people are trying to rally together and let big corporations and governments realize the severity of fossil fuel usage. After all, the painting wasn’t actually ruined, it was protected by a glass covering which is the whole reason the group chose the particular piece. Mel Carrington, a spokesperson for the Just Stop Oil group, told the New York Times that it was their intention to strike public debate and inspire change. The event even prompted a wave of other protestors throwing food at famous artworks. 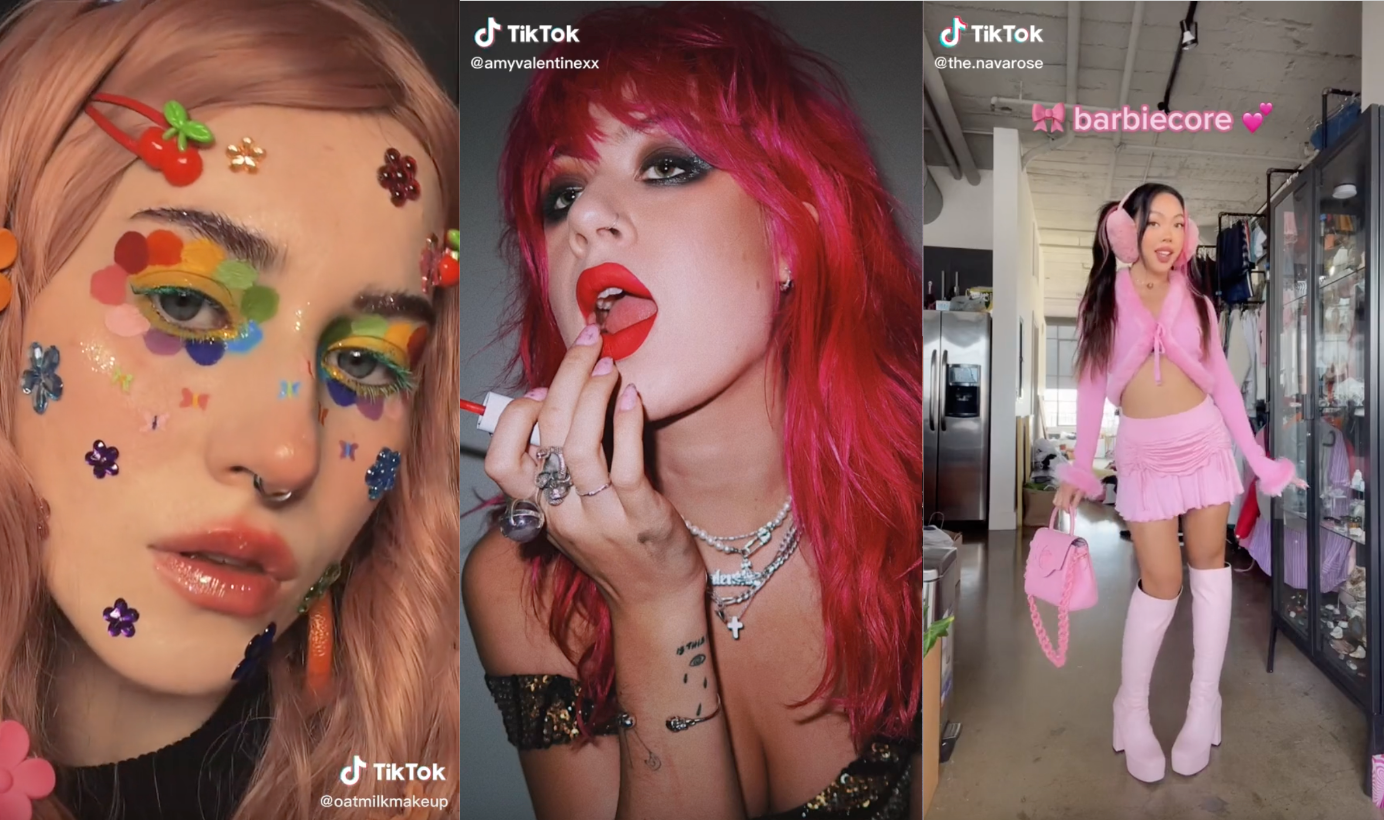 Every fashion trend is a #core

If you keep up with fashion the way Gen Z and Millennials do, you’ll know that what they wear is no longer just about “style,” it’s about what’s trending on social media. Fashion microtrends reach young people’s FYPs via #core or #aesthetic hashtags, which gain millions of views and become the style du jour—and a new one does seem to pop up every day. This year, we’ve seen young people go from #Whimsigothic, to the summery coastal grandma aesthetic, to the incredibly short-lived #regencycore, and the trickle-up #Barbiecore—to name only a few. These shifts in style are about so much more than just clothes, though; each microtrend tends to represent a cultural moment which resonates with the values of those who make it their full-time look.

“Cores” began back in 2013 with the arrival of “normcore,” but as Vogue put it,  “core” is now the new “chic,”—and we’ve seen many come and go since then. So many micro-trends now exist that few catch the attention of the mainstream, but that doesn’t mean they aren’t getting millions of views from young people on the social media platforms they originate on. In fact, YPulse’s Fits For The Feed trend report dove into young consumers’ style and found that TikTok and Instagram are their main sources of fashion inspiration these days. Meanwhile, many say that their day-to-day style is different from what they wear online, and that some of their ‘fits are purely for social media. This is where #cores come to life, and according to our Fits For The Feed survey data, more than two thirds of Gen Z and Millennials consider themselves part of one of these aesthetics. 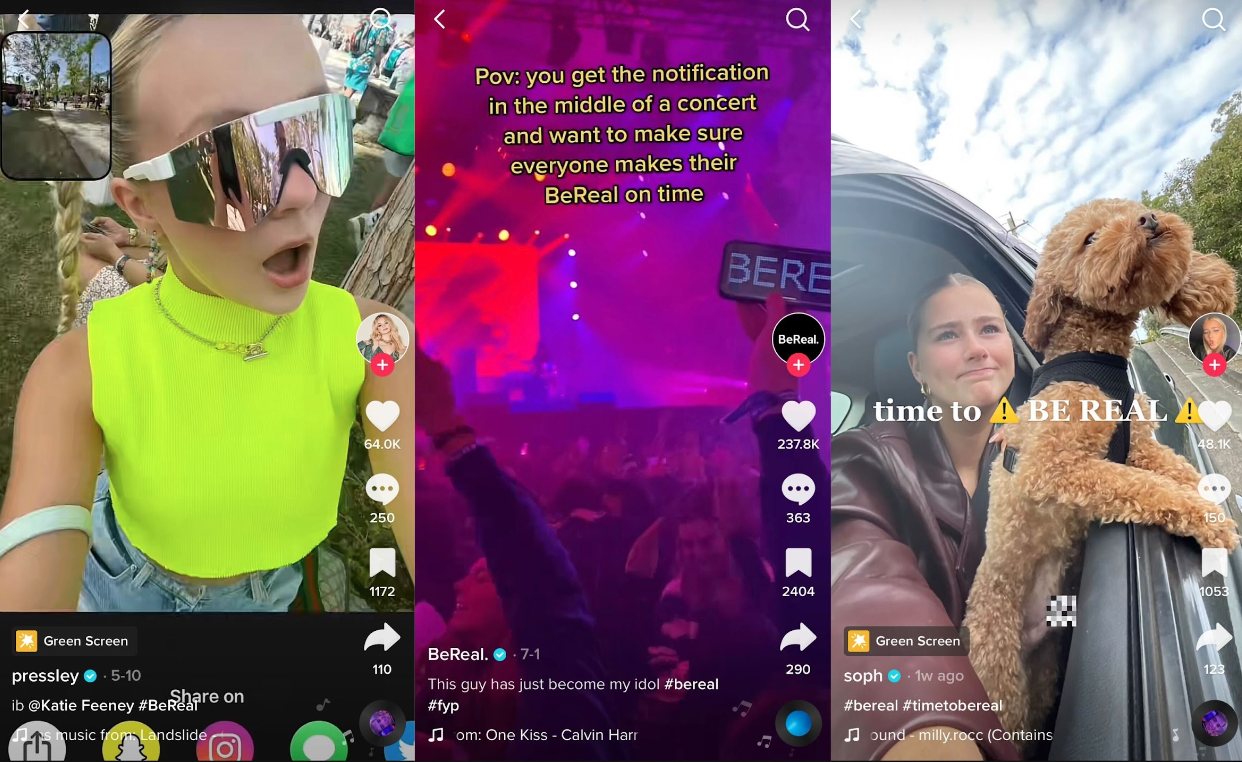 BeReal gained popularity from being viral on other apps

Since TikTok took on its role as Gen Z’s favorite social media platform, other apps have merely come and gone quietly, but BeReal actually is taking off—at least in the form of viral posts on other social media platforms (namely TikTok). It was even named Apple’s “app of the year” in their 2022 App Store Awards.

On TikTok, several trends emerged to show off BeReal photos (the hashtag #BeReal has 3.5B views), and even just using the phrase “It’s time to be real.” Most recently, BeReal offered their own recap feature, which gave users a video of all their photos from the year, in a video perfectly formatted to share on other platforms. And because having BeReal shared on their platform wasn’t enough, giants like Snapchat and Instagram developed dual camera functions to mimic the app—and TikTok has been heavily pushing their “TikTok Now” function.

YPulse has been keeping tabs on the app since April. YPulse data shows that dspite the buzz, though, BeReal is not threatening any (major) platform’s usership: our Social Media Monitor report shows only 11% of Gen Z and Millennials use the app. But 19% of Gen Z use it, up from 7% in early September, showing going viral off the platform can truly aid in growth. 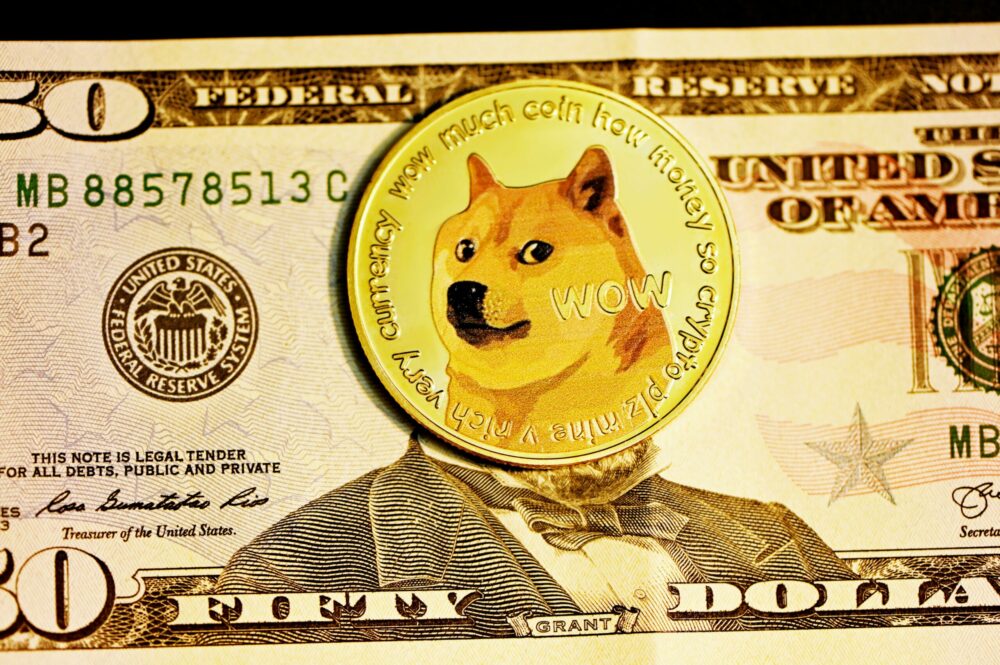 The Crypto Crash didn’t scare away Gen Z and Millennials

In May, the crypto market began a “meltdown” that resulted in trillions lost. As crypto-news outlet CoinDesk puts it, “The decentralized finance (DeFi)/centralized finance (CeFi) bubble is bursting, the non-fungible token (NFT) craze is burning itself out, algorithmic stablecoins are collapsing and crypto lenders are going bust. Crypto is in a bear market.” For crypto naysayers this crash was taken as clear evidence that they were right all along. But Gen Z and Millennials weren’t so quick to jump ship. In our Fintech behavioral report, fielded post-crash, we checked in on these young gens’ feelings about crypto and found that while their enthusiasm may be tempered, they have not given up on the idea that digital investments have value.

Over half still agree that investing in crypto and other digital assets is the future. This number is even higher among Millennials males (62%) and BIPOC young consumers (59%). Meanwhile, the number of 13-39-year-olds who agree with the statement “Investing in cryptocurrencies / web3 / other digital investments (including NFTS and digital land, etc.) will not pay off” actually went down slightly, from 49% in February 2022 to 47% in June 2022. Time also reported that in the wake of the “cryptocurrency bloodbath,” many Gen Z and Millennial investors are still crypto believers. While getting rich quick may be a draw, YPulse’s Buying Into Crypto and NFTs Trend Report found that many Gen Z and Millennials who have invested in crypto did so to build wealth for the future, and many proponents still believe that crypto is their path to success despite market dips and dives.