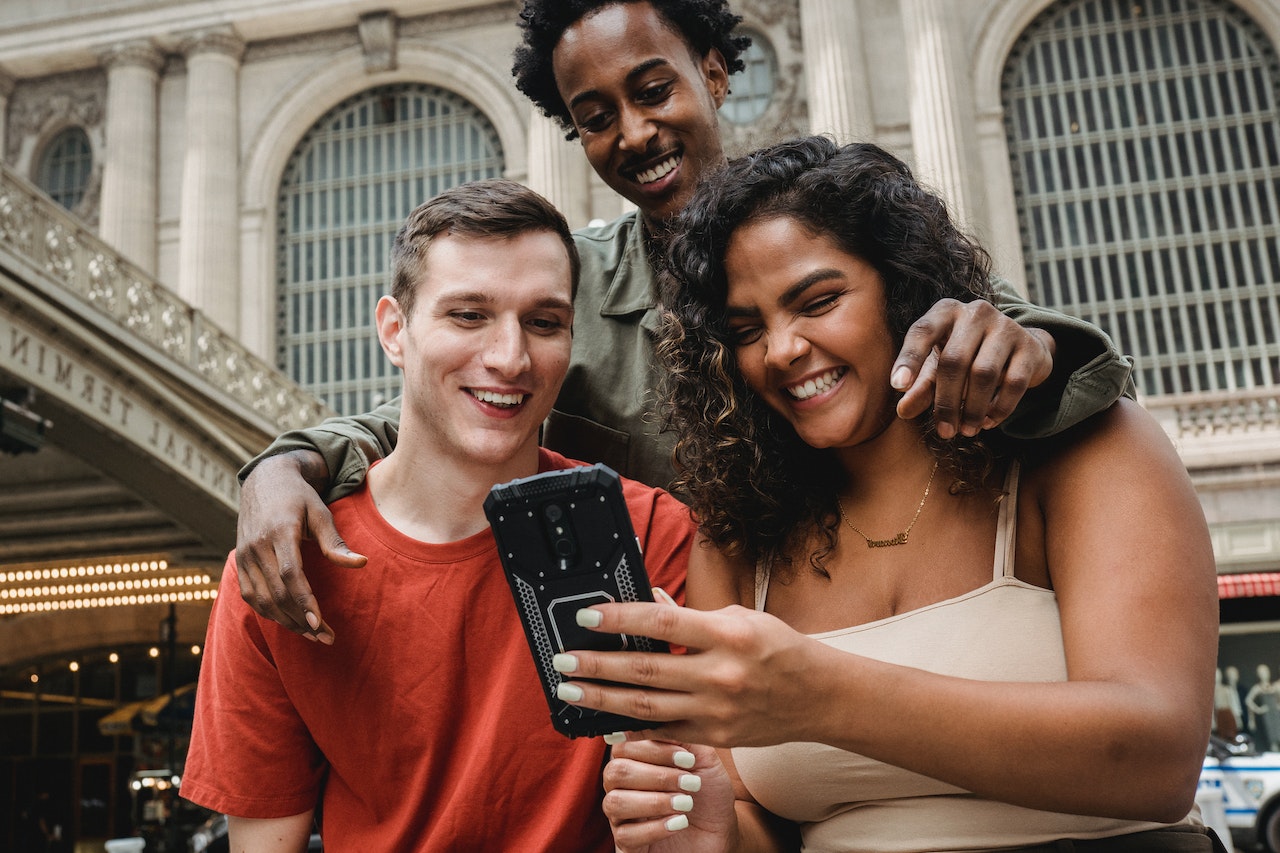 Though it’s been a busy year on social media, young people remain loyal to a few platforms year after year…

While Gen Z and Millennials’ social media use can fluctuate throughout the year, YPulse’s Social Media Monitor gives a direct comparison year to year: which platforms they remain loyal to, which they’ve begun to use less, and which are gaining popularity. This year, TikTok has continued to be the social media giant brands are focusing in on, as it continues to soar as Gen Z’s favorite social media platform. But YPulse data shows that every social media platform still has a purpose to young consumers, so it’s best for brands not to give up on other apps, which are still reaching a huge number of Gen Z and Millennial users.

As brands plan their social media focuses for the new year, it’s important to know which platforms young people are using most right now. This is how 13-39-year-olds’ social media compares to this time last year: 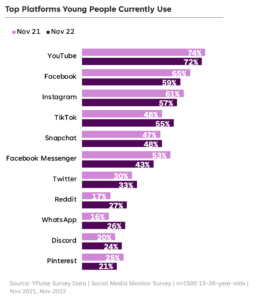 Though many top platforms show a small decrease in usership compared to last year, young peoples’ usership has remained fairly consistent. YouTube continues to be their most used platform, followed by Facebook, Instagram, TikTok, and Snapchat. But this overall usership doesn’t show the stark differences in Gen Z and Millennials’ individual usership. Millennials continue to bolster Facebook’s ranking, with 69% using the platform compared to only 37% of Gen Z; likewise, Gen Z far outpace Millennials in TikTok usage at 69% compared to 49% of the older gen. For both gens, these platforms still take a second-place seat to YouTube; for Millennials, this is notable as Facebook sometimes rises into the top spot, but their Facebook usership has shifted from 75% at the end of 2021 to 69% this November. Similarly, 69% of Gen Z use TikTok now, versus 64% in October of 2021.

Use of Twitter, during a year of (chaotic) conversations on whether Elon Musk could really change the platform’s user landscape, has also remained fairly the same. Its use has been on the decline with Gen Z and Millennials for years now, and slight changes don’t appear to be a real reflection of the billionaire’s corporate endeavor—yet.

Reddit, WhatsApp, and Discord have all seen upticks in usership since this time last year. Reddit and WhatsApp both had +10pt jumps, bringing them to 27% and 26% usership respectively. Both apps are driven more by Millennial usage, while Discord has gained significantly more popularity among Gen Z. Something all these growing platforms have in common are a community-fostering format, which allows for even niche interests to grow huge, united followings. YPulse data has shown young people find community online, and platforms which allow them to access those communities are sure to continue growing in popularity—especially as their top social platforms aren’t actually all that social.

TikTok may be their favorite platform, but growth is plateauing

While TikTok continues to rise through the rankings for Gen Z—as their favorite social media platform, and their second most used source for video content—it’s overall use with both gens has slowed down this year: 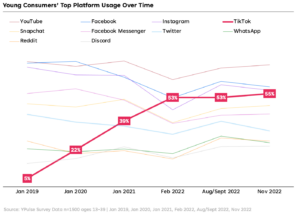 Between 2019 and 2022, TikTok jumped anywhere from +14 to +17pts in Gen Z and Millennial usership per year. In that same time, nearly all other top social platforms saw dips in usership—specifically from January 2021 to February 2022. Instagram took a major fall in that year, from 66% to 45%—falling for the first time below TikTok, though it rose back above over the course of this year. And like Instagram, most other apps took that same bump back up between February and August/September of 2022, showing TikTok use is not, in fact, taking other social media platforms down.

In January of 2019, 12% of Gen Z were already using TikTok, boosting to 35% in a year, 58% in two, and 64% at the beginning of 2022-—now a resounding 69%, comparable to YouTube, which they’ve had access to since the oldest Gen Z were five-years-old. But even their TikTok usership has increased only +5pts since last November (64% vs 69% currently), implying the app’s boom may be behind us and its future as a generational mainstay will be determined going forward. While some may fret about this slowing growth, the reality is that once a platform has reached over half of all young users, it can’t continue to grow at the speed it once did. There’s little doubt that (barring a ban in the U.S.) TikTok will remain incredibly popular about Gen Z and increasingly Millennials as well, but new adoption can’t be as rapid as it has the past few years.