Are Gen Z Gaming More Than They Watch TV? 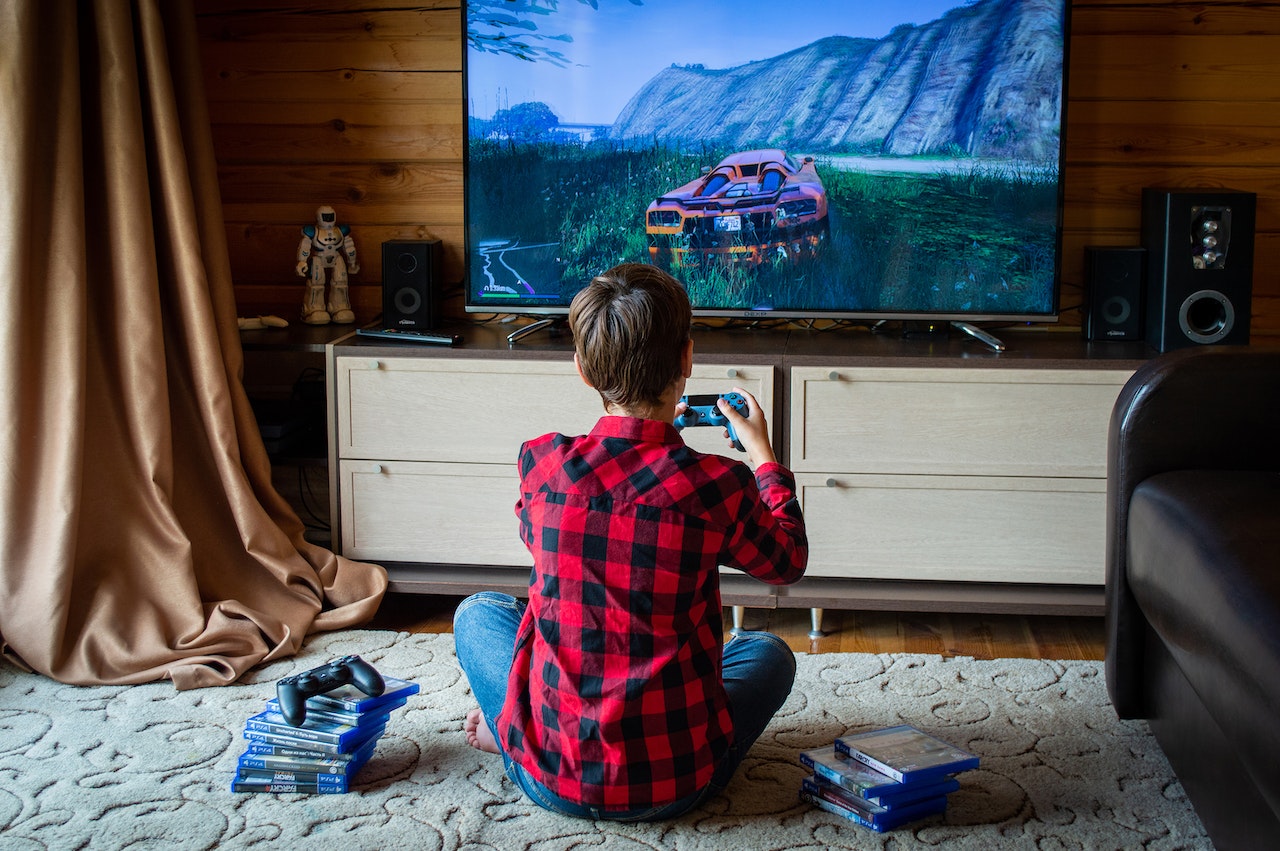 Nearly all Gen Z and Millennials play video games, which is eating into the time they used to spend watching TV…

These days, entertainment brands are competing with more than just other entertainment brands for Gen Z and Millennials’ attention. We’ve told you streaming services are competing with social media platforms for video content, but they’re also competing with a completely different form of entertainment: gaming. YPulse’s Gaming report data shows 95% of Gen Z and Millennials play video games, and 78% are playing weekly or more often. That means that for nearly four in five young people, TV providers and streaming services are battling with gaming brands (and gaming content) for time on young people’s screens. To see just how tight that competition is, we ask 13-39-year-olds who say they play video games weekly or more often how many hours they spend on the following types of media each week: 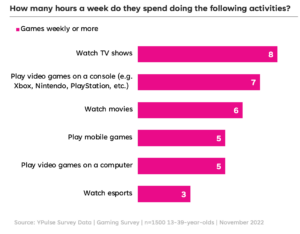 For young people, even those who are avid gamers, TV is still the top media they’re spending time on weekly or more often—but not by much. YPulse’s TV and Entertainment report data shows 71% of young people overall agree they’re generally doing something else while they watch TV; whether this is scrolling on their phone, or maybe even playing a game, it means that watching TV is not always a singular activity. So, even as TV looks like it’s taking up the most time, it might not be taking up all their attention at that time.

Streaming services are more than aware of this, too: Netflix CEO Reed Hastings has said, “I think about it really is as winning time away, entertainment time from other activities.” Rather than just other streaming services, the brand sees top games like Fortnite as their biggest competitor—or any brand who can take up their valuable screen time. Of course, gaming isn’t the only competition Hastings is concerned about; YPulse data shows 13-39-year-olds are spending an average of 4.2 hours on a social media per day, making those platforms everyone’s biggest attention competitor.

With so many kinds of gaming available, we can also assume frequent gamers are spending time on several gaming platforms a week, meaning their combined time could outweigh the time they spend watching TV. Even if they play only one, though, console gaming is trailing closely behind TV watching in screen time.

Gen Z and Millennials are near equally likely to say they game weekly or more often, but the average amount of time they spend on games differs: 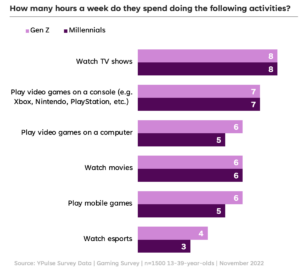 While the frequent gamers of these gens spend about equal time watching TV and playing games on console each week, Gen Z gamers spend more time gaming on both their computers and mobile devices. For them, PC gaming platforms are even more likely to beat out movie watching, and mobile games equal up—once again pulling them away from streaming services. For Gen Z males, 99% of whom play video games, their weekly screen time for console and computer gaming are beating out TV; they’re spending roughly eight hours on each, compared to just six on TV.

The gen’s favorite games (Roblox, Minecraft, and Fortnite) are all offered on all three devices, and those virtual lives are often just as important to them as their real ones. And being that these virtual worlds are where they spend so much time, they’re exactly where brands marketing to Gen Z need to be. Though some young people are watching ads on streaming services (to save a buck), YPulse data shows marketing in video games is increasing brand affinity alongside awareness. In fact, 61% of Gen Z and Millennials virtual world gamers agree “When brands interact with the virtual world(s) I am part of it makes me more likely to purchase from them”—all the more reason other media brands are worried about losing their attention.